The 2013 One Book, One Philadelphia program features two companion book for children, teens, and family reading. 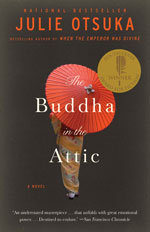 The Buddha in the Attic, by Julie Otsuka

Winner of the 2012 PEN/Faulkner Award, The Buddha in the Attic by Julie Otsuka illuminates the poignant, powerful stories of Japanese “picture brides” who came to the United States during the early 1900s. Otsuka has crafted first-person plural voices that capture their collective and individual experiences as wives, mothers, breadwinners, and marginalized members of American society during both peacetime and the onset of World War II. Threaded with connections to the enduring strength of women and to Japan’s rich heritage, this novel confronts the challenges of shaping one’s identity within the confines of an unfamiliar, often unfriendly, and sometimes hostile culture. 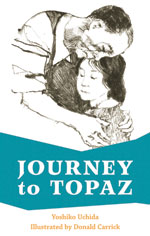 Journey to Topaz, by Yoshiko Uchida

In 1941, Yuki lives a life like many 11-year-old American girls. But everything is shattered when she and her family are forced to live in Topaz, a Japanese American internment camp in an isolated Utah desert. Based on the author’s personal experiences, this is a story of overcoming challenges, friendships, and the strength of family. 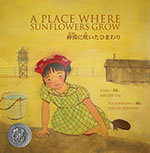 A Place Where Sunflowers Grow, by Amy Lee-Tai

The setting of Topaz is repeated in this picture book, in which young Mari feels as small as the sunflower seeds she plants in the blazing hot and dusty internment camp. It is hard to imagine that anything will grow here. But from the encouragement of her family and inspiration from her art teacher, Mari learns that hope can blossom in the bleakest of surroundings.