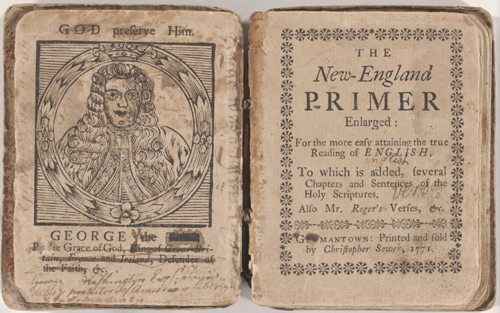 The Free Library's interest in historical children's books was established in 1947 with the gift by A.S.W. Rosenbach of his personal collection. Ranging in date from 1682 to 1836, the gift included 816 volumes and encompassed the full range of books produced for children: catechisms ad primers, moral tales, hymns, poetry, nursery rhymes, school books, history, travel books, popular science, fiction, folk tales, and toy books. Later gifts by Emerson Greenaway, Mrs. William H. Allen, Frederick R. Gardner and others, in addition to a vigorous acquisitions policy, have augmented the collection to some 13,000 volumes and extended the chronological scope well into the second half of the 19th century, particularly to include children's books produced in the frontier settlements of the United States. The 816 volumes in the original Rosenbach gift are described in his Early American Children's Books. 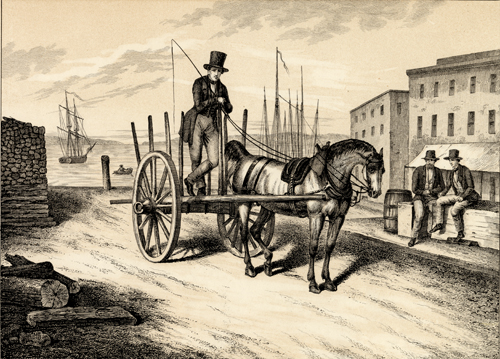 Complementary to the Early American Children's Books is the archive of American Sunday-School Union publications presented by the Union to the Free Library in 1962. Founded in Philadelphia in 1824, this non-sectarian missionary society was the most prolific publisher of juvenile literature in 19th-century America. The Union's publications were American in spirit and moral in tone. They cover a wide range of subjects including history, geography, biography, natural and physical sciences, poetry, catechisms, primers, and hymnbooks. This collection consists of the file copies retained by the Union's Committee of Publications. Many of the 20,000 volumes in the collection bear evidence of the Committee's editorial work for subsequent editions. 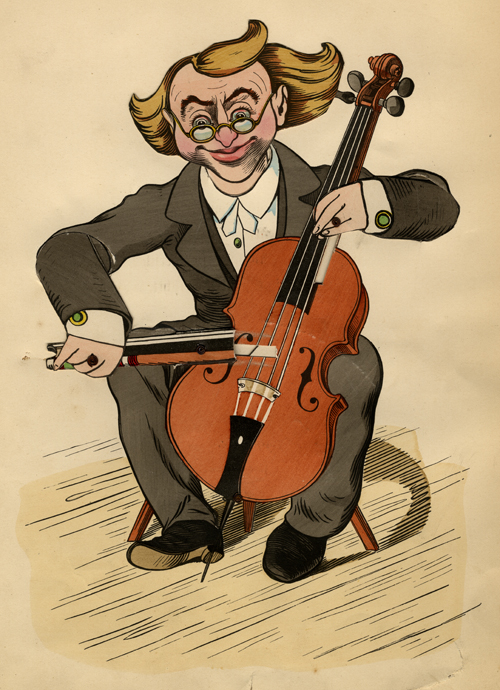 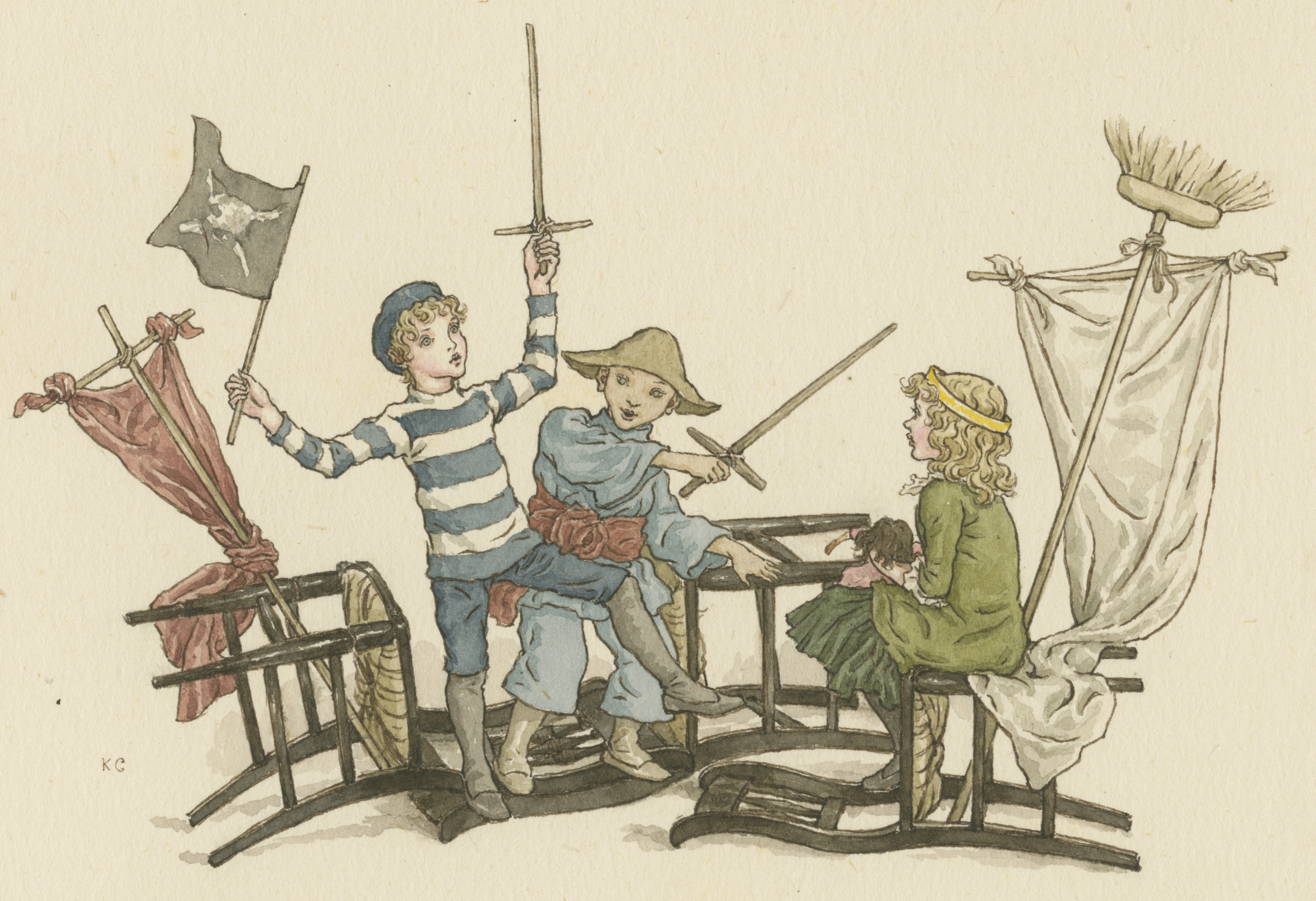 The idyllic vision of childhood and nature created by one of the most beloved illustrators of the Victorian era is represented in this collection of watercolors and drawings, first editions, autograph letters, and ephemera. Acquired with trust funds and augmented by the gifts of Mrs. Goran Holmquist, the collection includes a complete set of the Almanacks, the original drawings for Bret Harte's Queen of the Pirate Isle, and the copy of The Pied Piper of Hamelin inscribed by the illustrator to Robert Browning. An online finding aid is available for this collection. 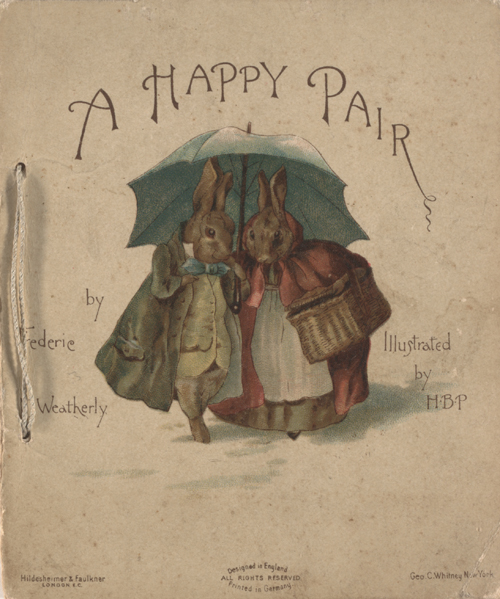 The creator of Peter Rabbit and his friends is well represented in the Free Library. The collection includes the autograph manuscript, with the original watercolors, of The Tailor of Gloucester (the gift of Mrs. William M. Elkins); the autograph manuscript and drawings for Little Pig Robinson (the gift of Mrs. Charles Cridland); first editions, presentation copies, piracies, adaptations, ephemera, and over 100 watercolors and drawings from Potter's own portfolio (the gift of H. Bacon Collamore); and more than 60 autograph letters (the gifts of Mrs. Cridland and Mrs. Richard K. Stevens). An online finding aid is available for this collection. 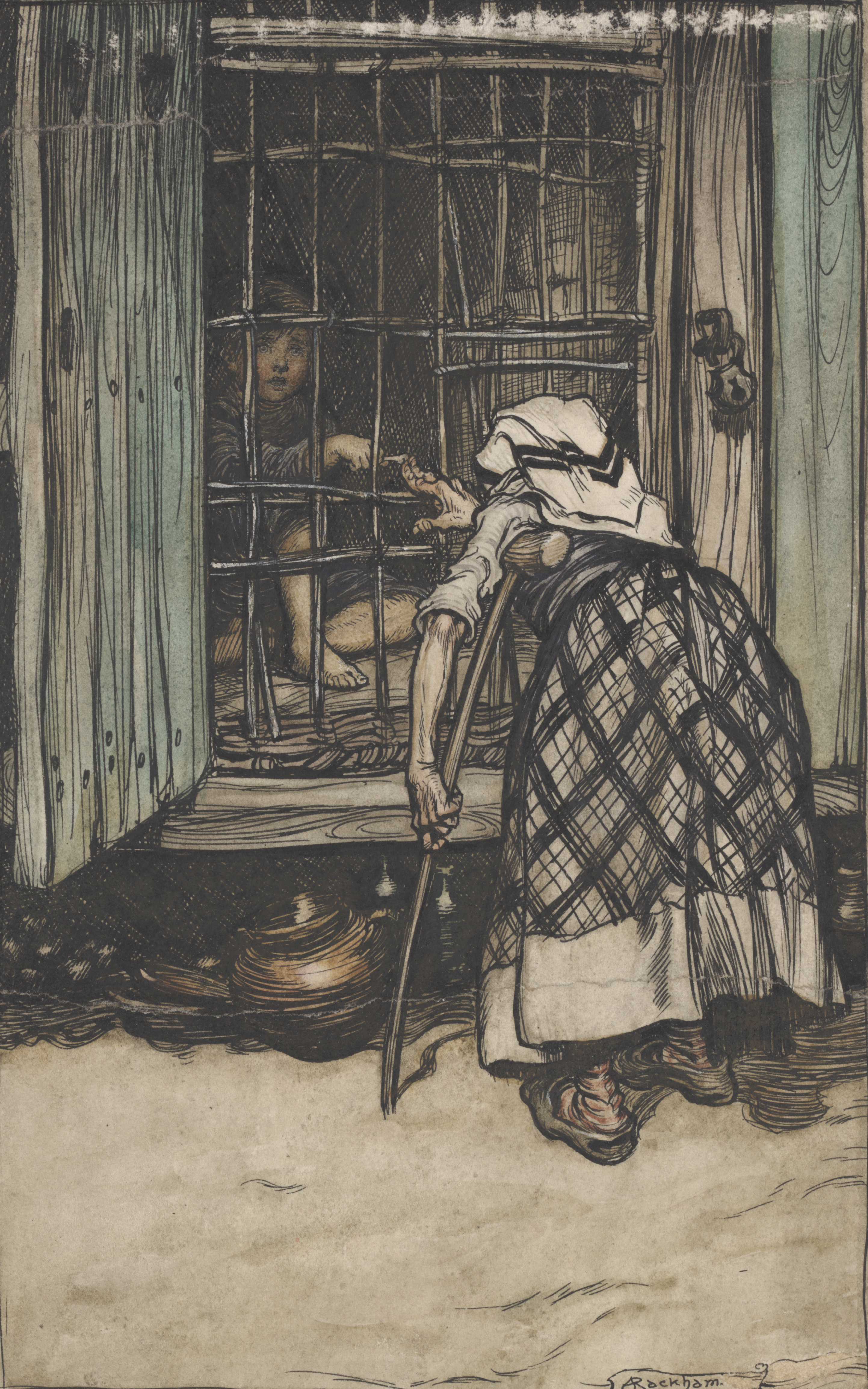 Rackham was a superb visual interpreter of myth, legend, and fairy tale. This collection embraces his entire working life, from the modest guidebook To the Other Side, issued in 1893, to the delightful illustrations in Kenneth Grahame's The Wind in the Willows, published in 1940, the year after Rackham's death. Included are watercolors and drawings; first, limited, and variant editions; periodical appearances of Rackham's illustrations; autograph letters; and ephemera. The original collection was assembled by Grace Clark Haskell, one of the bibliographers of Rackham, and purchased by the Free Library with trust funds. A number of drawings were added to the collection by Frederick R. Gardner. An online finding aid is available for this collection. 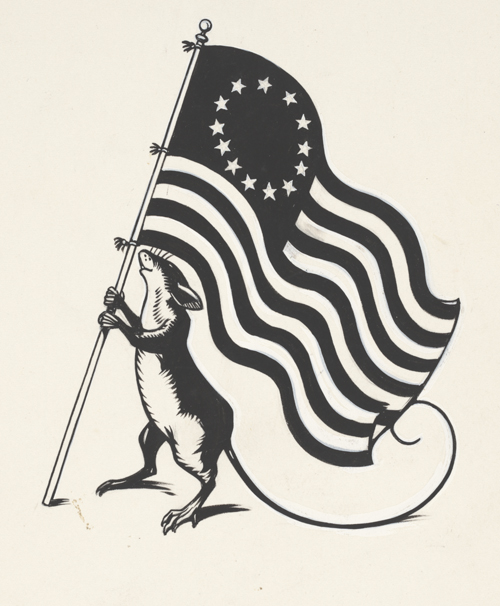 Winner of both the Caldecott and the Newberry awards for excellence in the field of children's literature, Lawson's work as an illustrator and author is thoroughly documented in this collection of 1,100 drawings, early etchings, first and later editions (including his personal copies of his books), and papers. The gift of Frederick R. Gardner, the collection contains the "dummy" for Munro Leaf's The Story of Ferdinand, and Lawson's drawings for Ben and Me, The Tough Winter, and many other works. 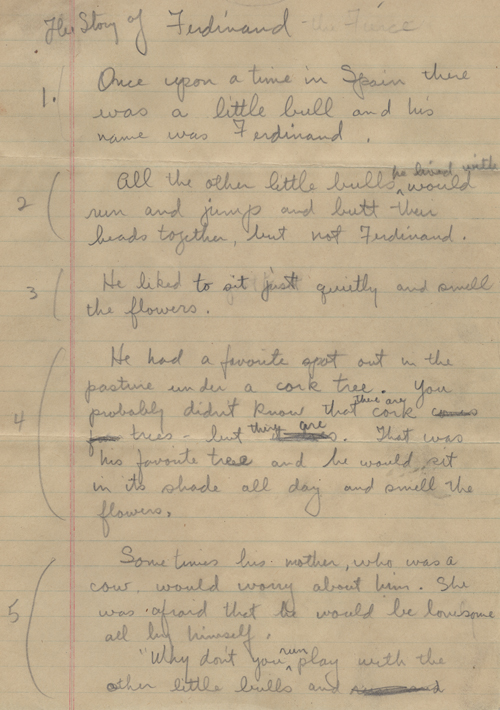 Complementary to the Lawson Collection is the archive of his colleague and frequent collaborator, Munro Leaf. The gift of Mrs. Munro Leaf, it includes the original manuscripts of The Story of Ferdinand and Wee Gillis, and books, photographs, and memorabilia relating to his career. An online finding aid is available for this collection.

Howard Pyle and His Students 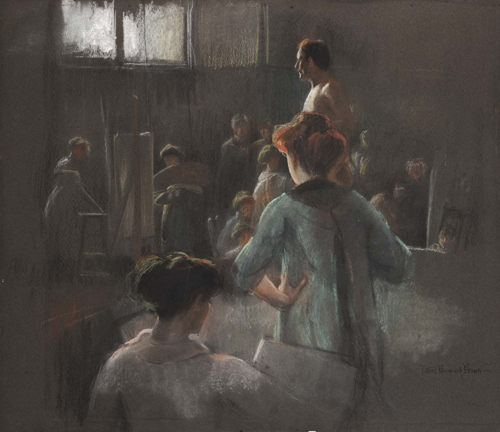 Assembled by Thornton Oakley and presented to the Free Library in 1951, this collection focuses on the work of Howard Pyle and his students of the "Brandywine School." It contains first editions and periodical appearances of works illustrated by Pyle and his students, as well as letters and notebooks. Paintings and drawings by Pyle, N.C. Wyeth, Maxfield Parrish, Elizabeth Shippen Green, Jessie Wilcox Smith, Thornton Oakley, and other students are represented. An online finding aid is available for this collection. 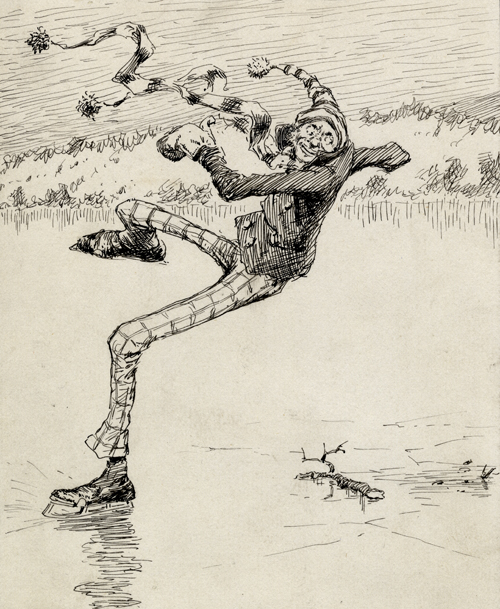 The work of the American illustrator and humorist is represented in this comprehensive collection, which was the gift of Mrs. C. Barton Brewster in memory of her husband. Among the many works illustrated by Frost contained in the collection are the "Uncle Remus" stories of Joel Chandler Harris. Also present are the original drawings for The Bull Calf and Other Tales, Stuff and Nonsense, and Skating Series.