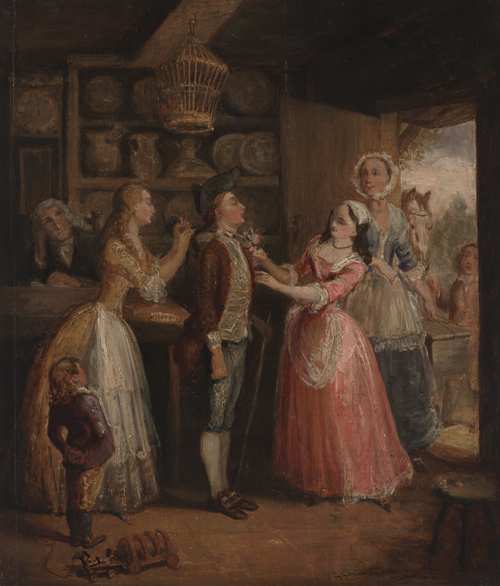 Assembled by William M. Elkins, this comprehensive collection consists of first and later editions of Goldsmith's works, autograph letters, and manuscripts recording Goldsmith's contractual arrangements with publisher John Newbery. The numerous editions of She Stoops to Conquer, The Deserted Village, The Vicar of Wakefield, and other works in the Elkins Collection formed the basis of Temple Scott's Oliver Goldsmith Bibliographically and Biographically Considered, published in 1928. 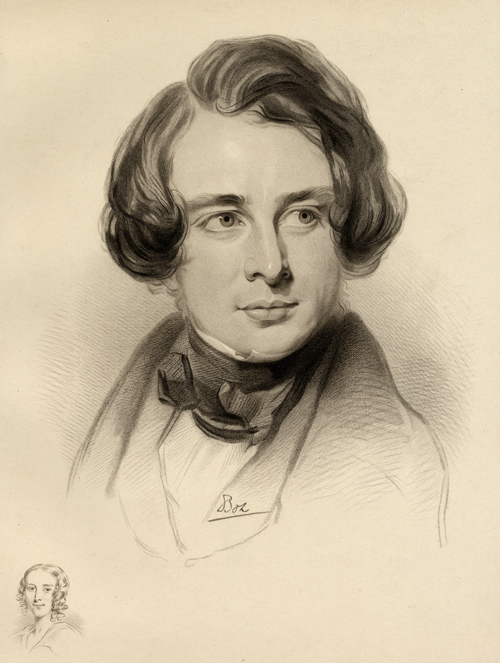 The Free Library's holdings of Dickens have been the gifts of several collectors. Also from Mr. Elkins came sets of the works in their original parts, association copies (including the copy of The Pickwick Papers presented by Dickens to his sister-in-law, Mary Hogarth), original drawings by Browne, Cattermole, and Cruikshank, autograph letters, and memorabilia. An extensive collection of autograph letters, assembled by D. Jacques Benoliel, was the gift of his widow. A special trust fund was established by Mrs. Benoliel to provide funds for additions to this collection, which now numbers of 1,100 letters. In addition, the collection includes the autograph manuscript of Dickens's Children's New Testament, donated by William S. and Jean Benoliel Louchheim in memory of D. Jacques Benoliel, and five leaves of the manuscript of The Pickwick Papers. View the Dickens Collection. 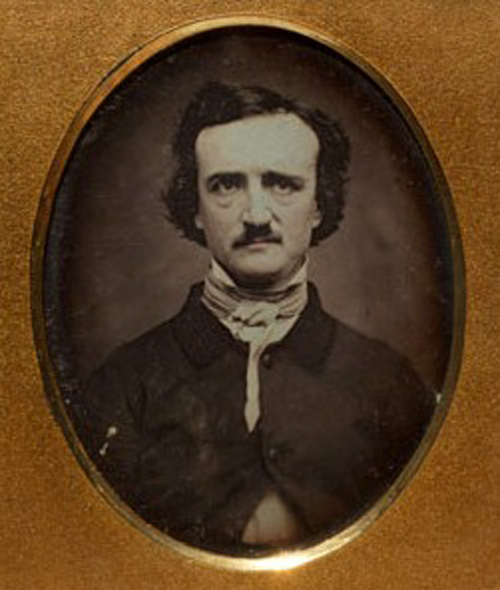 Formed by Colonel Richard A. Gimbel, this collection came to the Free Library in 1971 as a bequest. It is rich in autograph manuscripts and letters, and includes copies of all the first editions of Poe's works. Among the manuscripts are "The Murders in the Rue Morgue," "The Raven," "Annabel Lee," and "For Annie."

The rarest of the printed pieces are the first edition of Tamerlane (1827) and the "Balloon Hoax" (1844). The collection includes the periodicals and gift books in which many of Poe's poems and stories first appeared, as well as later editions and translations of his works. An online finding aid is available for this collection. 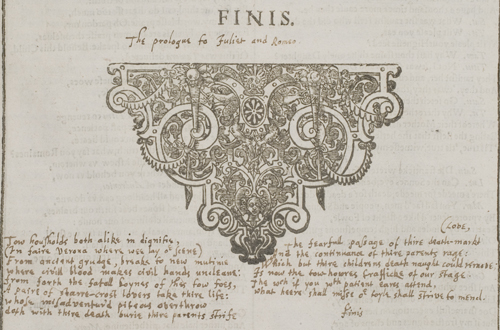 A group of letters between George Bernard Shaw and Mr. and Mrs. Richard Mansfield was the gift of D. Jacques Benoliel. A significant collection of the writings of James Branch Cabell, formed by Mr. Benoliel, was given in his memory by his widow. A collection of the works of Christopher Morley was presented by W. Atlee Burpee, Jr. A. Edward Newton's copies of his own writings were the gift of his son, E. Swift Newton. The works of Agnes Repplier were presented by Anne Von Moschzisker.