The Theatre Collection of the Free Library of Philadelphia is a research collection of materials on theatre and other forms of entertainment with a special focus on Philadelphia and Pennsylvania. It contains well over a million items, not only about theatre, but also about film, television, radio, the circus, minstrels, vaudeville, and burlesque. In addition to traditional books and magazines, myriad types of archival material are represented, including programs, playbills, theatrical scrapbooks, posters, lithographs, newspaper clippings, lobby cards, reviews, pictures of productions and film stills.

The Theatre Collection is based on the interest and enthusiasm of three men who spent their lives working in the theatre. The first major acquisition came from Mark W. Wilson, a publicity man and theatrical manager for the Shubert Theatres in Philadelphia. Mr. Wilson gave the wealth of material he had amassed to the library in 1951, and this formed the nucleus of the present collection. In 1956, the collection of Reading theatre manager, Paul E. Glase, was acquired. The Glase collection includes over 100,000 playbills, posters and pictures of plays beginning in the early nineteenth century. The Lawrence Shubert Lawrence collection of theatrical posters and programs from 1910 to 1940 was later acquired. Mr. Lawrence was for many years director of all Shubert activities in Philadelphia. These acquisitions, plus many other gifts and purchases, led to the opening of the Theatre Collection in its present quarters in 1966. Additional gifts from generous library supporters such as Frank C. P. McGlinn continued to enhance the collection's holdings. In 2003, the Theatre Collection became a part of the Rare Book Department, and it continues to collect materials making it one of the largest theatre collections in a public library in the country.

Recognizing the significance of Philadelphia's theatrical history, the University of Pennsylvania Press published three works which list the major productions here from 1749 to 1855. To expand on this foundation, the Theatre Collection obtained a grant to begin the Philadelphia Theatre Index that contains entries for professional productions in the area from 1855 to 2000. These are listed by the title of the production and, in many cases, the theatre that presented it. It also helps to index our production files and extensive Philadelphia playbill collection

From the Colonial era to the present, Philadelphia has been an active theatrical center, and this exciting history is reflected in the collection. Our earliest Philadelphia playbill is dated 1803 for the Chestnut Street Theatre. There are many playbills from the Walnut Street, Arch Street, and Chestnut Street theatres, and they feature such well known stars of the past as Edwin Forrest, Charlotte Cushman, Junius Brutus Booth, the Drew family, and the Barrymores. There are also programs from the many "irregular" theatres such as the dime museums, burlesque shows, and early circuses. Programs from other cities dating back to the days of David Garrick up to the latest New York production are available. London, Paris, New York, and San Francisco are all represented, as are many cities large and small in Pennsylvania and New Jersey.

The majority of playbills in the collection are from Philadelphia theatres, but there are also selected playbills from New York and other cities in the Northeastern United States. Notable among the items in the collection are two sets of theatrical scrapbooks. The first, a set of 16 scrapbooks, documents the history of Philadelphia theatre through playbills, articles, and illustrations of actors clipped from popular magazines. These volumes cover the period 1876 to 1902. The other set, the Glase scrapbooks, which have materials from Philadelphia, New York, Boston, Baltimore, and Washington D.C., are arranged by actor, and include playbills, programs, articles, and magazine illustrations. An online finding aid is available for this collection. 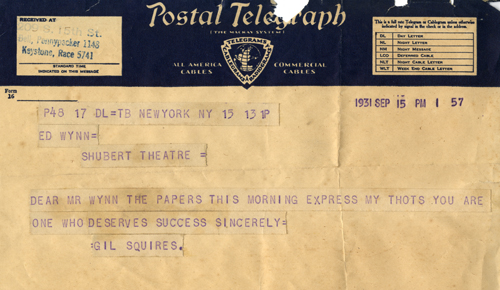 Biographical files are maintained on many of the personalities connected with the subjects covered in the collection. They contain both book and non-book items with information both relevant and amusing pertaining to the individuals, and there may even be autographs. For some, there is a larger body of material related to a person, often including personal effects, photographs, and letters, as in the case of the Ed Wynn Collection. The archives and other material of local performance groups and organizations, such as the Charlotte Cushman Club, the Edwin Forrest Home and the Mask and Wig Club, are also housed in the collection. 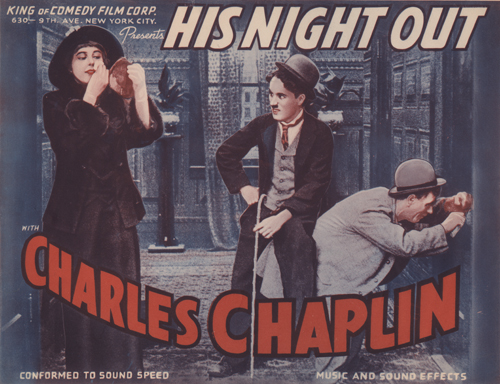 The collection shows the history of film as told in reference books, movie posters, and reviews from magazines and newspapers. Film stills, many of them from the early silent pictures, supplement and enliven this collection. A gift of over 12,000 of these photos donated by Mr. Philip Sills greatly enriched the holdings in this area. Heralds and other advertising material from such early film companies as Philadelphia's Lubin, Biograph, Kalem, and Selig recall the pioneer days of the American film. Reference books, newspaper articles, pictures and photographs also document the development of television particularly in the Philadelphia area. 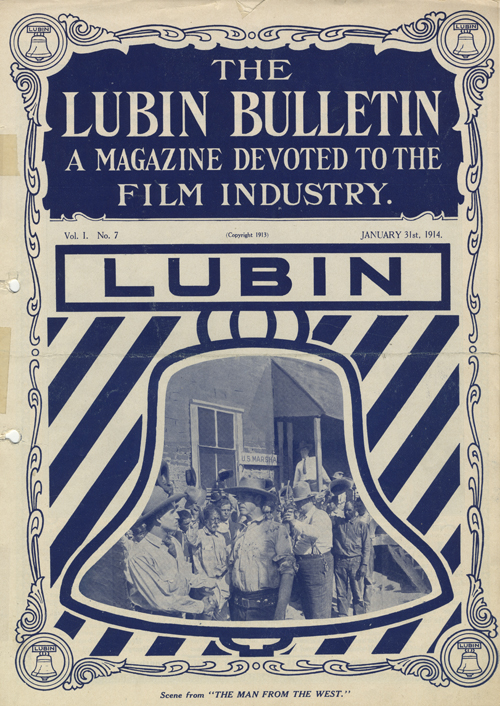 The Theatre Collection is home to a significant collection of materials related to the Philadelphia-based Lubin Film Company, which was one of the most profitable of the new motion picture industry until it went out of business in 1916. Materials in the collection include copies of printed Lubin Film Company Bulletins; bound and unbound catalogs of films from 1905 and 1909; and scrapbooks of newspaper and magazine clippings, playbills, advertisements, and flyers. The collection contains numerous photographs including film stills, and images of the Lubin studios at 20th & Indiana and Betzwood. The Lubin finding aid provides an outline of the contents of this unique archive.