The Philadelphia Colored Directory, a handbook of religious, social, political, professional, business activities of the Negroes of Philadelphia, was compiled by R. (Richard) R. (Robert) Wright, Jr.; assisted by Ernest Smith. This archival resource, recentlly scanned and added to our Digital Collections (viewable online or as a downloadable pdf), provides a demographic analysis and glimpse of the way of life for the 62,613 African Americans living in Philadelphia during the early twentieth century.

Recorded are social and fraternal organizations, annotated lists of places of interest, and various learned professions; other sociological data gathered from the city’s census of 1900 are also presented in detail. The title also includes illustrated advertisements, lists of "books and pamphlets written by Philadelphia Negroes," "Interesting Facts about Philadelphia", "Interesting Facts about Negroes in Philadelphia", and names of individual patrolmen within the Police Bureau’s five districts; as well as lists of property holders, which was common to city directories of the time. Churches such as Enon, (Mother) Bethel, Zion Baptist and several others with existing congregations today are recorded in this directory. The time-frame of the directory is brief; however the scope of information is impressive. This valued source is helpful for family histories, genealogists, and historical researchers.

The title’s compiler, Richard Robert Wright, Jr. (1878-1967), was a bishop of the African Methodist Episcopal (A.M.E.) Church. He served as editor of the Christian Recorder, business manager of the A.M.E. Book Concern, and president of Wilberforce University. He is well known for his literary works in A.M.E. Church history and American sociology.

Richard R. Wright, Jr. received the first baccalaureate degree awarded by Georgia State Industrial College, now known as Savannah State University. He was the first African American to earn a Ph.D. from the University of Pennsylvania, having studied in the new field of sociology. He became a professor and later president of Wilberforce University in Ohio 1932-1936, and 1941-1942.

One of Richard Jr's daughters, Dr. Ruth Wright Hayre, also earned a Ph.D. at the University of Pennsylvania. They were the first African-American father and daughter to do so. Dr. Ruth Wright Hayre became the first full-time African-American teacher in the Philadelphia public school system. She served as a senior high school principal and as the first female president of the Philadelphia Board of Education. At the age of 80, she established the "Tell Them We Are Rising" program, promising to pay college tuition for 116 sixth-graders in two poor North Philadelphia schools if they completed high school. Her story was chronicled in her book Tell Them We Are Rising: A Memoir of Faith in Education, published in 1997, the year before she died.

Additional sources where the Philadelphia Colored Directory can be found: 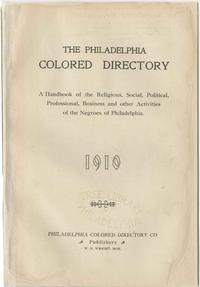 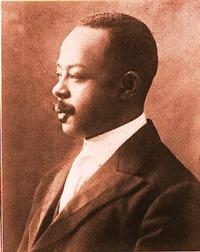 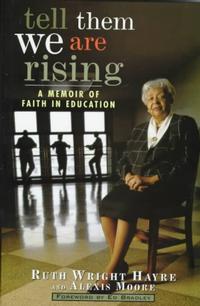 Tell Them We Are Rising: A Memoir of Faith in Education by Dr. Ruth Wright Hayre
5 Comments | Add a Comment
Why is this article still called the Philadelphia Colored Directory
Blake Dixon - Philadelphia
The article describes a valuable directory that was published in 1910, a time when African-American people referred to themselves as Colored or Negro. Terms such as Black or African-American were used many decades later. The use of the term "Colored" became popular due to the National Association for the Advancement of Colored People/NAACP, which was founded only the year before in 1909. The organization was progressive and represented the best ideals in fighting racism and achieving equality for many Negroes at the time. This article informs people today about the then called Colored people in 1910 living in Philadelphia. To change the name of the Directory would distort history.
Renee - Philadelphia
What a wonderful document. I envision using this to compare our now status to our then status. I am also planning to research a number of people, places, businesses and churches. RICH..., RICH..,RICH!
Barbara McCall - Philadelphia
Thank you for having this directory. I look for to reading it and learning about the people who were here before me.
Julien - Olney
How would I cite this directory? (APA style)
Barbara - Philadelphia