by Peter SM and Dena H.

Imagine stepping into an alternate universe where not everything is as it seems, animals—known as dæmons—can talk and act like humans, and a mysterious substance called "Dust" is coveted by sinister forces with evil plans. That's the journey readers embarked on when they began reading the His Dark Materials trilogy, the global bestselling epic fantasy series by author Philip Pullman. The books The Golden Compass (1995, also known as Northern Lights), The Subtle Knife (1997), and The Amber Spyglass (2000) have won a number of awards, including the Carnegie Medal in 1995 (for Northern Lights) and the 2001 Whitbread Book of the Year (for The Amber Spyglass).

And now, in the grand tradition of popular books being adapted into binge-worthy television series (and yes, we know there was also a film adaptation of The Golden Compass a few years ago, but we think that's better left unspoken about), the BBC and HBO have partnered up to bring this saga to the small screen!

But wouldn't you rather see it before everyone else? Well, the Free Library just so happens to have the coolest advanced screening in town on Saturday, October 26!

You'll have the chance to see the pilot episode of His Dark Materials at the Parkway Central Library—for free—at one of two different screening times:

You'll also be able to make your own alethiometer and everyone is invited to participate in a His Dark Materials-themed scavenger hunt around the library after the show!

To get you up to speed in time for the screenings and scavenger hunt, here are some quick overviews of the titles in the trilogy: 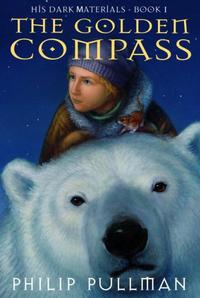 The Golden Compass
When Lyra’s best friend is kidnapped by the Gobblers, she embarks on an epic quest to the North to rescue him. She amasses enemies and allies along the way, including an adventurer balloonist, an armored polar bear,  a clan of witches, and the most powerful church in the land. What awaits her in the North, and what role does her mysterious uncle Asriel play in the whole affair? 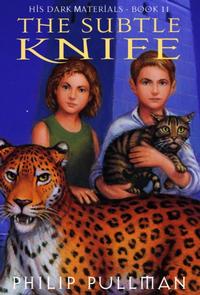 The Subtle Knife
Lyra’s adventures continue is a strange new world, where she befriends a boy who is searching for his missing father. As witches and angels do battle in the skies, Lyra and Will run across a deadly secret that could destroy both their worlds. 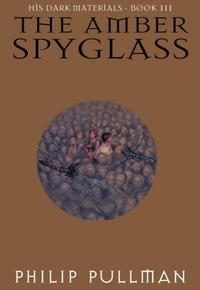 The Amber Spyglass
Will is tasked with seeking out Lord Asriel, but with Lyra missing he is bound to fail. As two worlds move towards certain war, Will and Lyra hold the balance in their hands.

His Dark Materials is rated TV-14. Seating is limited and RSVP is required. Recording devices are not permitted and videotaping is strictly prohibited.