All of the Magic, None of the Hate

Hello library world friends! You have no idea how much we miss you and how much we miss recommending titles for you and your children! On the subject of recommendations, I have a few for kids who want to hear all-new stories of inclusion and love with their magic! 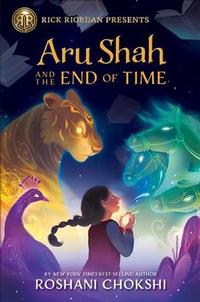 Aru Shah and the End of Time by Roshani Chokshi
Twelve-year-old Aru Shah has a tendency to stretch the truth in order to fit in at school. While her classmates are jetting off to family vacations in exotic locales, she'll be spending her autumn break at home, in the Museum of Ancient Indian Art and Culture, waiting for her mom to return from her latest archeological trip. Is it any wonder that Aru makes up stories about being royalty, traveling to Paris, and having a chauffeur? One day, three schoolmates show up at Aru's doorstep to catch her in a lie. They don't believe her claim that the museum's Lamp of Bharata is cursed, and they dare Aru to prove it... but lighting the lamp has dire consequences. She unwittingly frees the Sleeper, an ancient demon whose duty it is to awaken the God of Destruction. Her classmates and beloved mother are frozen in time, and it's up to Aru to save them. The only way to stop the demon is to find the reincarnations of the five legendary Pandava brothers, protagonists of the Hindu epic poem, the Mahabharata, and journey through the Kingdom of Death. But how is one girl in Spider-Man pajamas supposed to do all that? 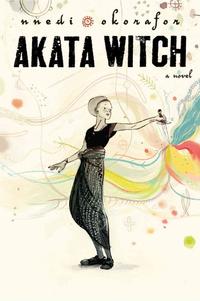 Akata Witch by Nnedi Okorafor
Born in New York, but living in Aba, Nigeria, twelve-year old Sunny is understandably a little lost. She is albino and thus, incredibly sensitive to the sun. All Sunny wants to do is be able to play football and get through another day of school without being bullied. But once she befriends Orlu and Chichi, Sunny is plunged into the world of the Leopard People, where your worst defect becomes your greatest asset. Together, Sunny, Orlu, Chichi, and Sasha form the youngest ever Oha Coven. Their mission is to track down Black Hat Otokoto, the man responsible for kidnapping and maiming children. Will Sunny be able to overcome the killer with powers stronger than her own, or will the future she saw in the flames become reality? 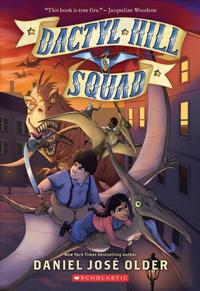 Dactyl Hill Squad by Daniel Jose Older
It is the summer of 1863, and as the Civil War rages between dinosaur-mounted armies down south, and a tense New York City seems on the brink of exploding into riots, Magdalys Roca and the other children at the Colored Orphan Asylum are trying to survive. When she receives a letter telling her that her brother Montez was wounded, Magdalys knows that somehow she must reach him—and just possibly, her ability to communicate telepathically with dinosaurs may come in handy. 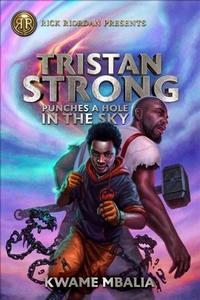 Tristan Strong Punches A Whole in The Sky by Kwame Mbalia
Seventh-grader Tristan Strong feels anything but strong ever since he failed to save his best friend when they were in a bus accident together. All he has left of Eddie is the journal his friend wrote stories in. Tristan is dreading the month he’s going to spend on his grandparents’ farm in Alabama, where he’s being sent to heal from the tragedy. But on his first night there, a sticky creature shows up in his bedroom and steals Eddie’s journal. Tristan chases after it — is that a doll? — and a tug-of-war ensues between them underneath a Bottle Tree. In a last attempt to wrestle the journal out of the creature’s hands, Tristan punches the tree, accidentally ripping open a chasm into the MidPass, a volatile place with a burning sea, haunted bone ships, and iron monsters that are hunting the inhabitants of this world. Tristan finds himself in the middle of a battle that has left black American gods John Henry and Brer Rabbit exhausted. In order to get back home, Tristan and these new allies will need to entice the god Anansi, the Weaver, to come out of hiding and seal the hole in the sky. But bartering with the trickster Anansi always comes at a price. Can Tristan save this world before he loses more of the things he loves? 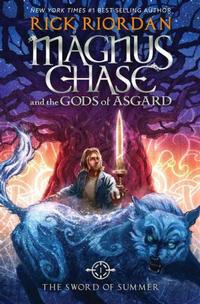 Magnus Chase and the Gods of Asgard Volume 1 - Sword of Summer by Rick Riordan
Magnus Chase has always been a troubled kid. Since his mother's mysterious death, he's lived alone on the streets of Boston, surviving by his wits, keeping one step ahead of the police and the truant officers. One day, he is tracked down by a man he's never met—a man his mother claimed was dangerous. The man tells him an impossible secret: Magnus is the son of a Norse god. The Viking myths are true and the gods of Asgard are preparing for war. Trolls, giants, and worse monsters are stirring for doomsday. To prevent Ragnarok, Magnus must search the Nine Worlds for a weapon that has been lost for thousands of years. 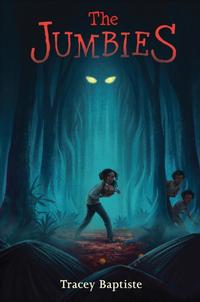 The Jumbies by Tracey Baptiste
Corinne La Mer claims she isn’t afraid of anything. Not scorpions, not the boys who tease her, and certainly not "jumbies". They’re just tricksters made up by parents to frighten their children. Then one night, Corinne chases an agouti all the way into the forbidden forest, and shining yellow eyes follow her to the edge of the trees. They couldn’t belong to a jumbie. Or could they? When Corinne spots a beautiful stranger at the market the very next day, she knows something extraordinary is about to happen. When this same beauty, called Severine, turns up at Corinne’s house, danger is in the air. Severine plans to claim the entire island for the jumbies. Corinne must call on her courage and her friends, and learn to use ancient magic she didn’t know she possessed to stop Severine and save her island home.

Intrigued and want more? Check out this list of magical non-Harry Potter YA fantasy titles. Let me know your favorites in the comments!

Book recommendations for kids who want to hear all-new stories of inclusion and love with their magic!
1 Comment | Add a Comment
Loved Aruh Shah and the End of Time. Will have to check out Akata Witch when the library is again open.
Michele Anne Belluomini - 19130