On June 19, 1865, Major General Gordon Granger of the Union Army arrived in Galveston, Texas, and he had an announcement to make. More than two years before, President Abraham Lincoln had signed the Emancipation Proclamation. The Civil War had ended, and freedom from slavery, though not yet signed into law with the 13th Amendment, was the de facto law of the land in Texas.

This was news to the more than 1,200 enslaved people who had been toiling more than two years longer than they had to in bondage. And although they were late to the party in finding out they were free, they began celebrating their liberty with a party the following year. And Juneteenth, or Emancipation Day, was born. It was a day of celebrations, of prayer, of parades and performances, and cookouts. 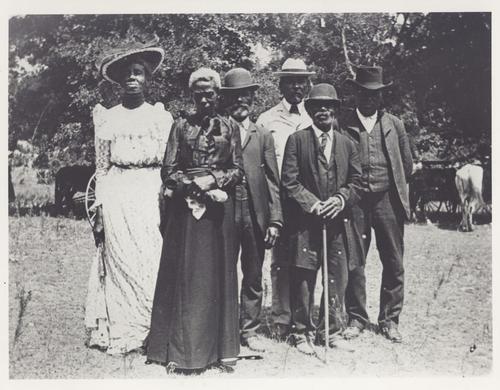 Juneteenth became an official Texas state holiday in 1980, but throughout the many decades since the first Juneteenth, black folk in the Lone Star State spread out and carried their customs and traditions with them. Fast forward to now, and many African Americans, even those of us without Texas kin or lineage, celebrate Juneteenth. Recently, it was recognized as a state holiday in Pennsylvania, and many are pushing to make it a federal holiday.

To me, this Juneteenth has never been more important. I’ve been thinking a lot about wealth and the chasm of wealth discrepancy between white and black Americans. I’ve been thinking about how enslavement built the U.S. economy in so many ways, and how the descendants of enslaved people see little of this, with the black-white wealth gap being the same as it was in 1968, more than a half-century ago.

We can think back to Galveston. In 1866, that tiny barrier island in the Gulf of Mexico was the largest city in Texas, with one of the world’s busiest ports. It was a hub of the country’s thriving cotton export business. On the heels of an illegal slave trade market, the city's economy boomed in the decades before the Civil War, with an influx of unpaid labor streaming into Texas from the forced march of more than a million enslaved people from tobacco-growing states into cotton-growing states.

Most enslaved men, women, and children lived in destitution; or in the homes of slaveholders, at their unending beck and call. They were in constant fear of losing family members to sale, of physical and sexual violence. They were pinned by a system that itself was underpinned by brutality, and perpetuated and enforced by brutality, while they themselves gathered none of the wealth they gained. Their labor, and that of their descendants during a period rocked by violence and lynchings, kept Galveston humming as a queen city of the South until a great hurricane leveled the island in 1900. 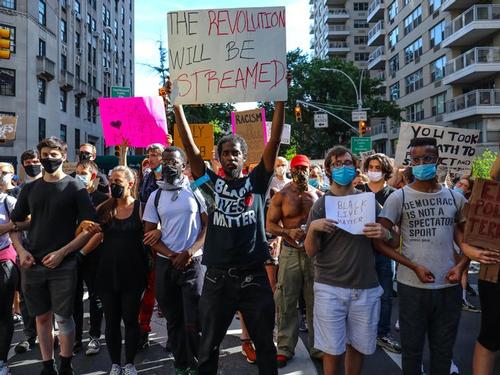 This Juneteenth is in the wake of historic protests against injustice and violence.

Only weeks ago, a hurricane of another sort began, first sweeping through Minneapolis. A spark of revolution ignited in cities and towns across the country, including Philadelphia. Led by the Black Lives Matter global network and others, protesters of every race and background spoke out, marched, and knelt against police brutality and vigilante injustice that claimed the lives of George Floyd, of Ahmaud Arbery, of Breonna Taylor, and so many others. We marched for the safety of trans Black folx who are more vulnerable to discrimination and violence, as we memorialized people like Rem’mie Fells of Philadelphia. We marched for our valued and beloved elders, who’ve become more disenfranchised as Covid-19 has ripped through black communities. We marched for our underserved neighborhoods, our under-resourced schools, our underpaid jobs, our under-invested in healthcare, our undervalued lives. We demanded more than the underwhelming response given to all of these enduring, systemic inequalities.

We marched in concert with people in the UK, in South Africa, in Iran, in Toronto, in cities across the globe. From an elderly woman who marched alone in West Palm Beach, Florida, to a throng of 15,000 in Berlin, we marched. Some have taken their anger and frustration of not being heard to looting—others have simply taken advantage of the situation to do the same. Some have defaced and torn down monuments. These statues are literally racists and perpetrators of race-based violence put on pedestals, and they were often erected during the periods of rampant lynchings and race-based terrorism, and during the Jim Crow era; they've long stood as hurtful reminders to many. Cities like Richmond, Virginia, and our own Philadelphia have been forced to finally do what, for generations, we’ve asked them to do nicely. 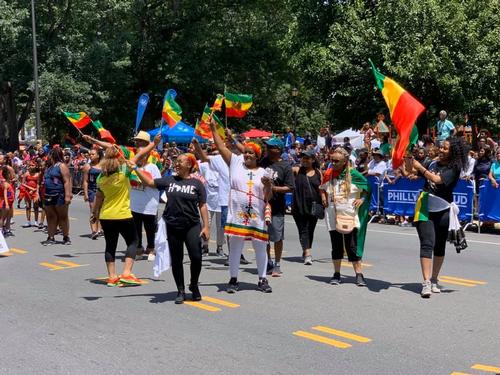 The world is far too late in recognizing our demands—full and absolute political, social, and economic equality—just as the Union Army was late in bringing the news to enslaved people of Galveston in 1865. We’ve had to march far too long and too far, from the Silent Protest Parade of 1917 to the Say-It-Loud, I’m-Black-and-I’m-Proud marches of the 1970s. And we have a long way to go.

But let's remember that black equity often drives full equity—historically, black equality movements have sparked and inspired protests among disability rights advocates, women's rights organizations, and the LGBTQ+ community. In turn, all of these movements have featured prominent black activists. So this Juneteenth, let's celebrate what we've gained, but also reflect upon how we can dismantle the systemic inequality borne form the troubled birth of the United States.

We must continue changing the ways in which injustices are perpetuated in our workplaces and communities. This is not easy work, and it's uneasy work--conversations will be difficult, longstanding narratives must be reframed. Platitudes of black lives matter do not matter; sacrifice is required. Money and resources must be reallocated to fully serve black people and communities.

Our present demands that we all move forward—linger, and the future will leave you behind and history will judge you mercilessly.

Reflect on black lives and experiences through a replay of Mr. Du Bois, and reading of an original play by Momo St. Clair, or by taking part in a performance of excerpts from Your Body Calls Me Home, a play that explores the inner lives of queer black men, and a Q&A with the show's director.