May 31 of this year marks an awful anniversary in our country and one we are still coming to terms with—The Tulsa Race Riots, which have been called "the single worst incident of racial violence in American history."

Below is a picture book from our catalog, available in both physical and ebook formats, that sensitively introduces readers of all ages to better understand the events of this tragedy and how to strive for a better future. 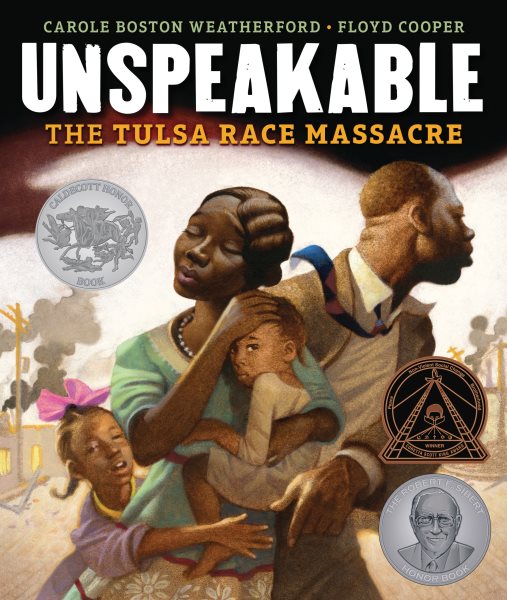 Unspeakable: The Tulsa Race Massacre written by Carole Boston Weatherford; illustrated by Floyd Cooper
This book opens with describing the financial freedom and accumulated wealth of Black-owned businesses in the Greenwood neighborhood of segregated Tulsa, Oklahoma at the start of the 20th century. The author informs readers that the residents of Greenwood were "descended from Black Indians, from formerly enslaved people… who moved West in the late 1800s fleeing the violence and racism of the segregated South." Known as "Black Wall Street," Greenwood’s wealth was fueled in part by an oil boom and also in part from segregation. Money spent in the community stayed within the community. Businesses and families flourished until May 31, 1921, when white Tulsa turned viciously on the residents of Greenwood, in what resulted as the largest race massacre in U.S. history. Only recently has the Tulsa community begun to openly communicate about and investigate what happened during those terrible days 100 years ago.

Half the book is devoted to describing prosperous and progressive Greenwood, while the other half is devoted to the massacre and its silent aftermath. Floyd Cooper’s illustrations add essential historic and emotional context. Both the author’s and illustrator’s notes are included, sharing their own familial and emotional connections. Cooper has connections to the Tulsa Massacre, itself; he recalls the day his grandfather, a survivor, shared his eyewitness account. This honest and revealing mix of art and history sheds light on a shameful episode in our country's history a century ago, and allows young people and their families to reconsider current news and events while reaffirming commitments to anti-racism.

If you’d like to dig deeper, check out these news links (not specifically designed for children alone): 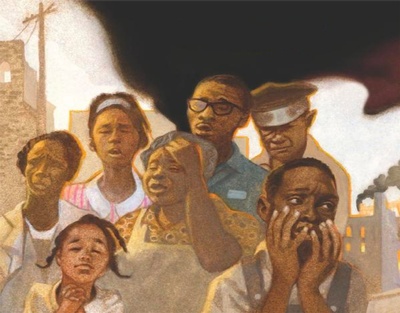 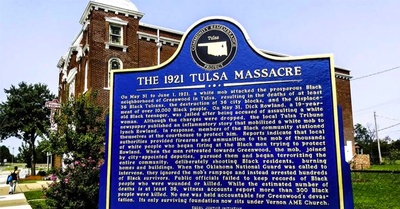