The Suicide Squad are Dying to Save the World 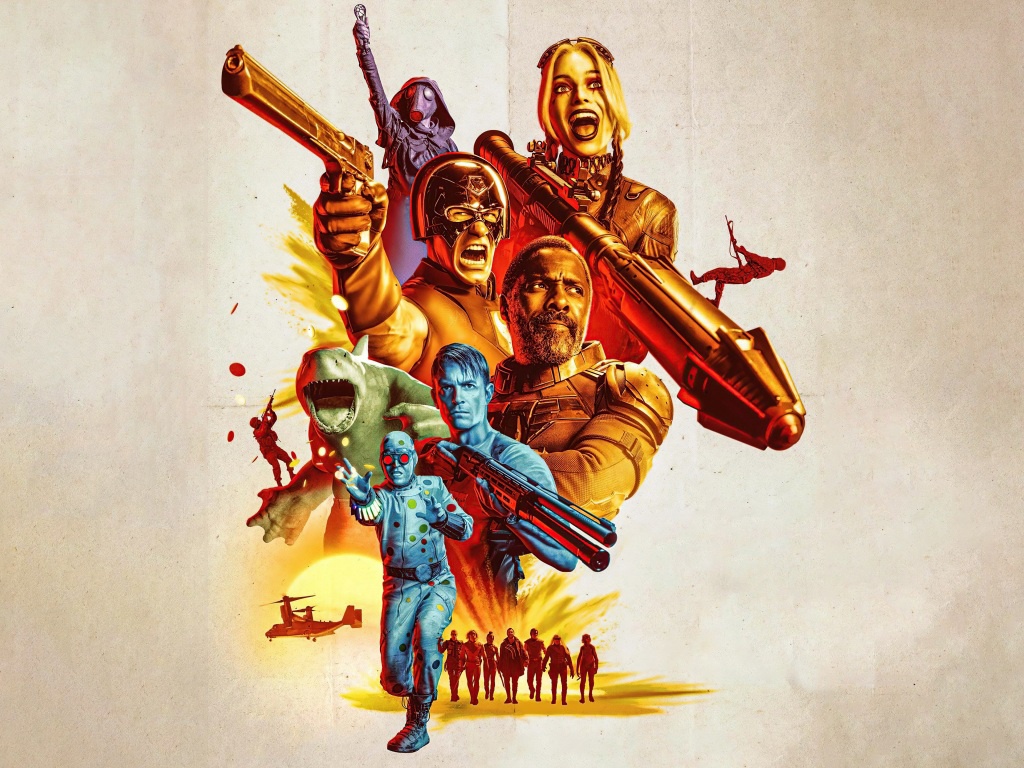 What do you get when a secret government agency assembles an equally secret team of supervillains and anti-heroes to fight against a worldwide threat?

Consisting of an assassin with a grudge (Idris Elba as Bloodsport), a rogue obsessed with polka dots (David Dastmalchian as Polka-Dot Man), an Olympic athlete-turned-criminal (Flula Borg as Javelin), a pacifist vigilante (John Cena as Peacemaker), a former lawyer with mysterious mental powers (Peter Capaldi as The Thinker), a talking (and walking, and people-eating!) shark (Sylvester Stallone as King Shark), and a chaotic harlequin (Margot Robbie as Harley Quinn)—to name just a few of these cinematic characters—DC Comic's Suicide Squad is the quintessential over-the-top summer blockbuster to give viewers a respite from reality.

In the grand tradition of action adventures where a team is assembled to save the city / world / universe from a big bad, here are some similarly themed yet perhaps lesser-known films from our catalog that you can check out and take home for your own viewing pleasure!

Seven Samurai (1954)
Legendary director Akira Kurosawa set up the template with this epic adventure that all future films of this nature have since "borrowed" from. This tale of desperate villagers who hire seven out-of-work warriors to protect them from invading bandits is not just an action-adventure film, but one that has an emotional story arc, stylized visuals, and characters that the audience cares about.

MacGruber (2010)
The outright parody of the genre in this list, featuring a goofy super agent and his team (consisting of real-life professional wrestlers like Chris Jericho, Big Show, Kane, and Mark Henry) who must save the world from a millionaire villain with a nuclear bomb.

Umbrella Academy (2019)
The adventures of a dysfunctional family of adopted super teens who must solve the mystery of their father's death and stop the threat of an imminent apocalypse.

Mystery Men (1999)
Perhaps closest in tone and outrageous character origin stories to The Suicide Squad, this movie features a group of inept superheroes with weird powers and names like The Bowler, The Shoveler, Mr. Furious, and The Spleen, who try to save their city from annihilation.

Hackers (1995)
Teenage tech-punks team up to thwart a plan to capsize oil tankers all over the world and cause an ecological disaster. Hack the Planet!

Whether you're new to these characters or just want to jump into their newest adventures, you can find plenty of Suicide Squad graphic novels and comics to read in our catalog!

What are some of your favorite "assemble a team and save the world" movies? Let us know in the comments!