Famous Monsters of the Silver Scream: Dracula and Frankenstein 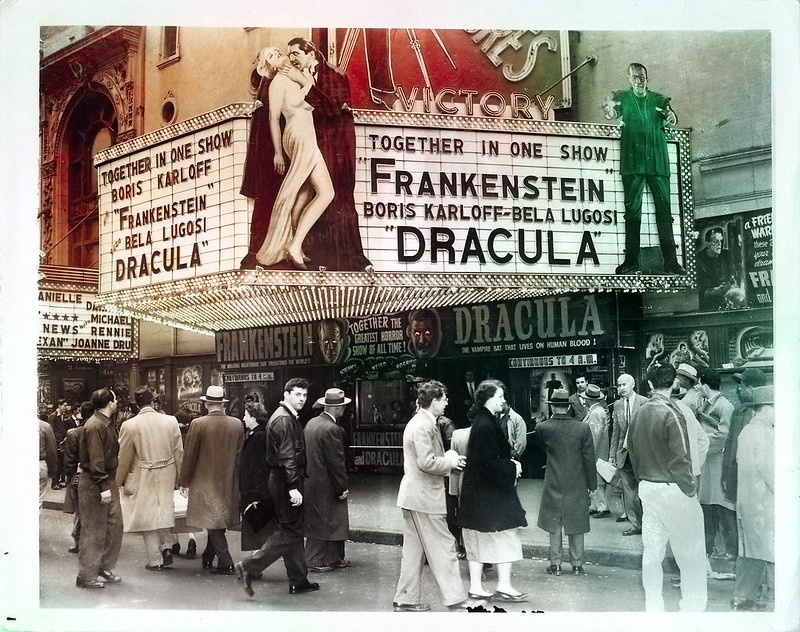 Howllo Boils and Ghouls... welcome back to the Free Library of Phrightadelphia's boo-log, as we draw near to the most haunted of holidays—Halloween!

This year is a monstrously momentous occasion for celebration, as two of the most popular film icons of all time are marking their 90th anniversaries—Dracula and Frankenstein!

Both creature features, loosely inspired and adapted from their respective novels, debuted on the silver screen in 1931. Dracula flew in first, hypnotizing unsuspecting audiences—on Valentine's Day no less!—while Frankenstein's Monster was brought to life through weird science and lumbered into theaters on November 21. The two films would become scary smashes and usher in not only some of the first frightening film franchises but also the idea of a shared cinematic universe. Once the Universal Monster Movies were sold to local television stations in the 1950s, their cathode-ray broadcasts created the first generation of wide-eyed monster kids, who would go on to influence all forms of media and pop culture throughout the rest of the 20th and into the 21st Century.

One such self-proclaimed "monster kid" is comedian Gilbert Gottfried, who recently had the astute observation on his podcast of how the Universal Monsters related to the stages of life, paraphrasing that Frankenstein is an innocent baby who just wants to be loved; the Wolfman is a teenager with raging hormones; Dracula represents the power of adulthood and being in control of one's own life; and the Mummy represents old age and death. 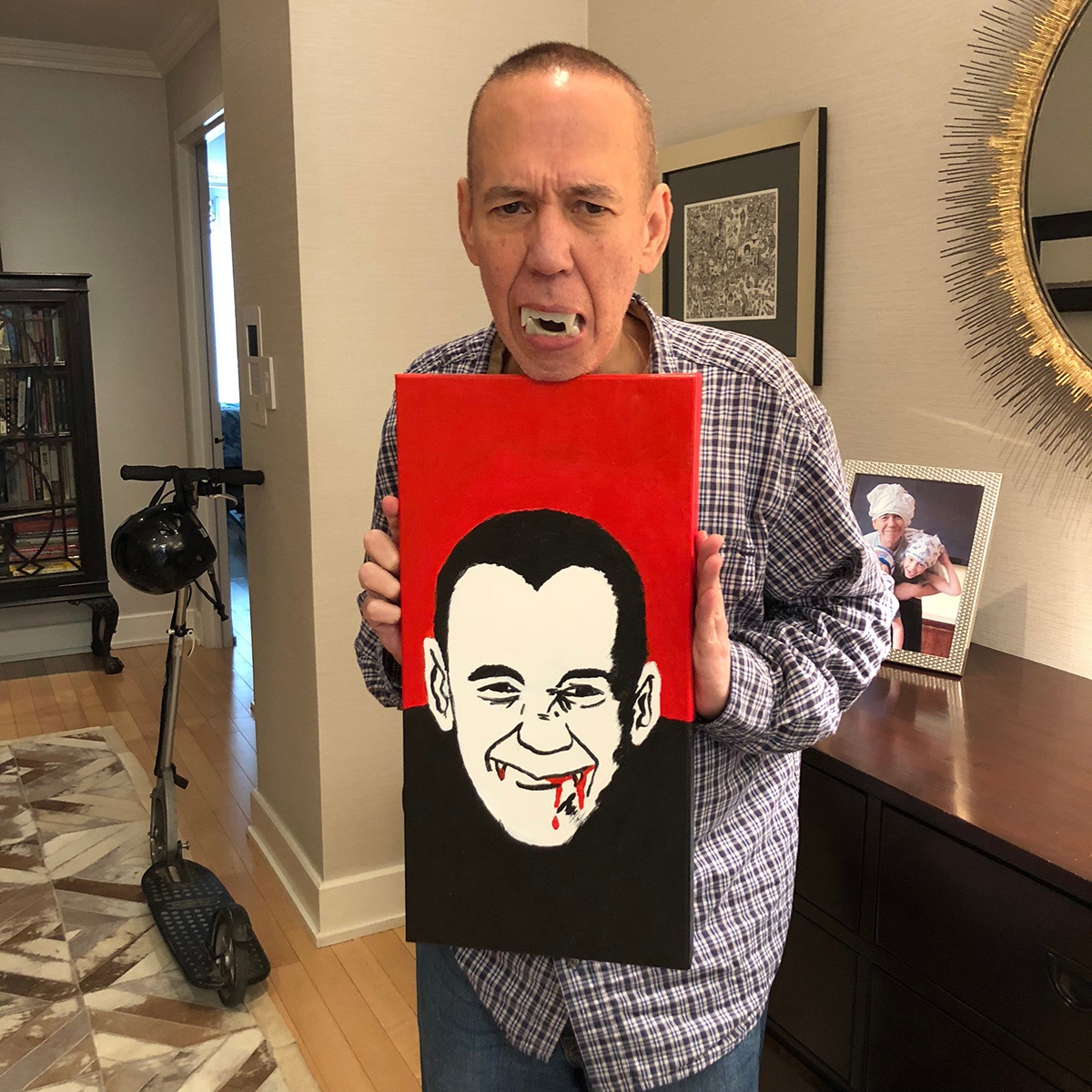 Gilbert Gottfried posing with painting of Dracula Gottfried. Painting by Perry Shall.

Here's some terrifying trivia about the films, characters, and men behind the monsters...

Source Materials Be Damned!
The script for Dracula was based on the simplistic stage play adaptation of Bram Stoker's ambitious novel. It just so happened that Lugosi was starring in the play and was then cast in the film. The script for Frankenstein also differs wildly from Mary Shelly's original novel, which barely even describes The Monster. Make-up artist Jack P. Pierce designed the iconic Monster's flat head, neck bolts, greenish-grey makeup, and big boots.

Monster Audition
A 20-minute test reel, starring Lugosi as The Monster, was filmed on the same sets as Dracula, but was never used and is considered lost.

Haunting Henchmen
Actor Dwight Frye plays a murderous henchman in both films; Renfield in Dracula and Fritz in Frankenstein.

Censored Scenes
When Dracula was re-released in 1936, two scenes were censored by the Motion Picture Production Code: audio of Dracula's off-camera death groans were shortened and muted, as were Renfield's screams as he is killed. In Frankenstein, the scene in which the Monster throws the little girl, Maria, into the lake and accidentally drowns her had been cut or shortened from re-released theatrical versions, as well as Victor Frankenstein's invocation of being God when he reanimates the Monster. All of these scenes have been partially or fully restored on subsequent video releases.

Film Preservation
Both films have been added to the National Film Registry by the United States Library of Congress. Frankenstein was added in 1991 and Dracula was added in 2000.

Bela Lugosi's Dead
When Lugosi died in 1956, he was buried wearing one of his many black silk Dracula capes.

Eternal Life
Over the years and many, many iterations of these characters, the initial lore and "rules" for Dracula and Frankenstein were first set in these two films. The Count can be harmed by crosses, sunlight, and stakes through the heart. The Monster... well, he's not a fan of fire. And no matter how many times they are killed... they. always. come. back.

Feuding F(r)iends?
There were rumors for years that the two actors had an ongoing feud. Karloff did end up having a more prolific career than Lugosi, who ultimately ended up being typecast as Dracula. So, maybe not rivals per se, but professional jealousy? As for the legitimacy of this famous scene from Tim Burton's biopic Ed Wood, both actors' children say that the Lugosi/Karloff feud rumors only persisted to sell more movie tickets.

If you've ever wanted to dig deeper into the literary origins of these creepy characters, there's no better time than now! For the past two years, the Rosenbach has hosted a revolving set of co-hosts who dissect, annotate, and anatomize the Dracula and Frankenstein novels. The entire archive of both series can be found on their YouTube channel.

Finally, we present for your listening pleasure, a monstrous music playlist from our Spotify channel that's full of scary (and sometimes silly) songs all dedicated to Drac and Frank!