21 Great Graphic Novels and Comics from 2021 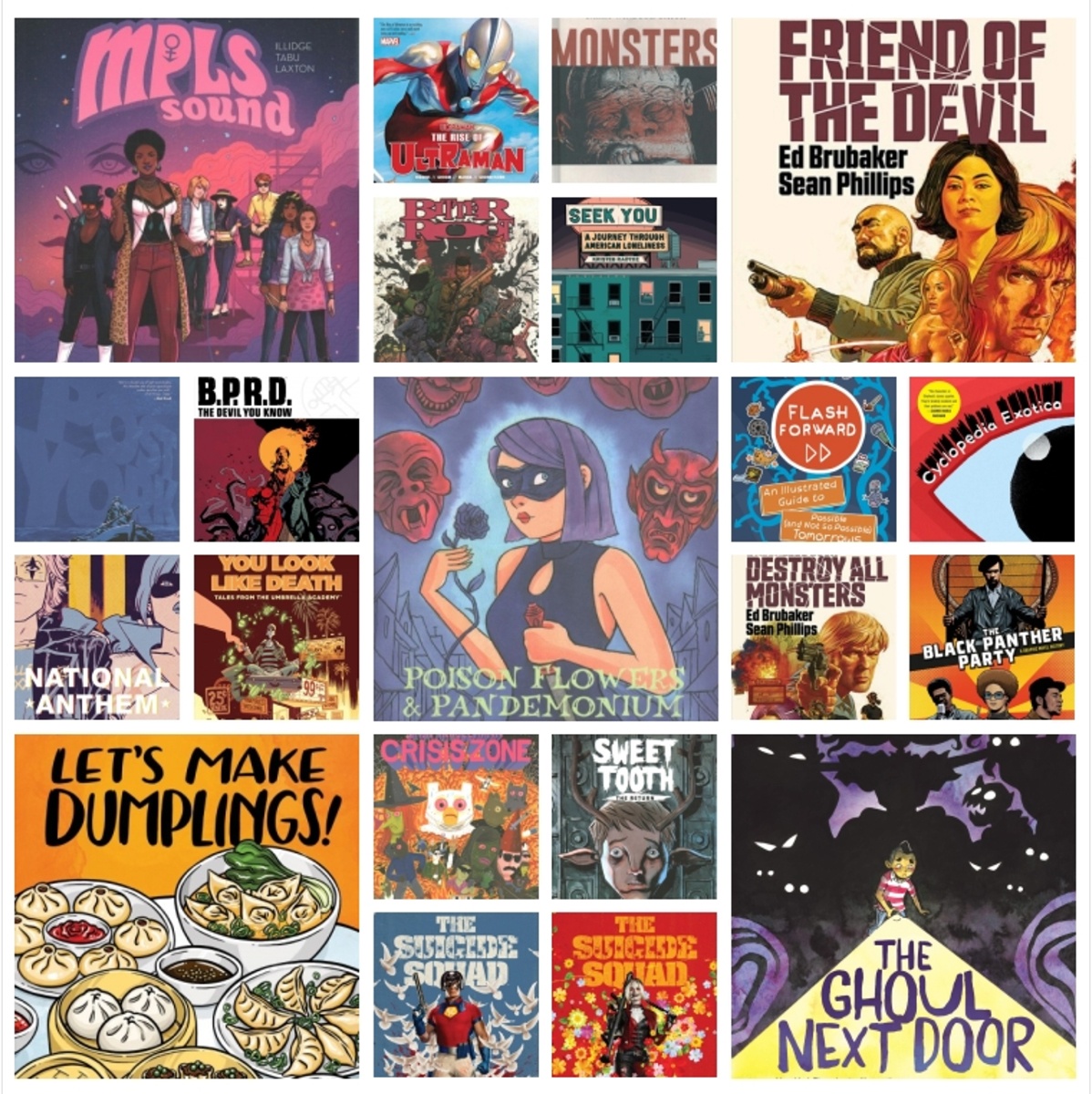 While not necessarily a "Top 10" (especially since I selected 21!), and definitely not in any order of greater or lesser importance, the following are just 21 really cool, fun, entertaining, and sometimes thought-provoking graphic novels and comics I read and enjoyed in 2021—all available to check out from the Free Library's catalog. 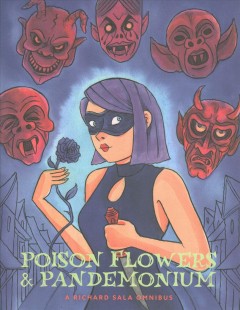 Poison Flowers & Pandemonium by Richard Sala
Posthumous release of the last four books from the darkly comic mystery cartoonist Richard Sala, filled with uniquely beautiful colors and gothically quirky line work that you could look at for hours (which I did many times throughout 2021). 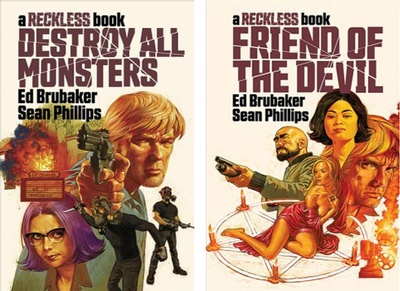 Reckless: Destroy All Monsters and Friend of the Devil by Ed Brubaker and Sean Phillips
The dynamic duo of modern-day hard-boiled pulpy noir comics are back with two exciting entries in 2021 for their newest ongoing series, featuring ex-government agent-turned-Venice-beach-bum-for-hire,  Ethan Reckless. One of my current fav comic series! 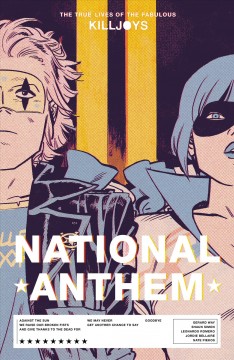 The True Lives of the Fabulous Killjoys: National Anthem written by Gerard Way and Shaun Simon, illustrated by Leonardo Romero
The original story that inspired My Chemical Romance's concept album Danger Days, filled with Day-Glo punks on a mission against an evil corporation in a post-media world. 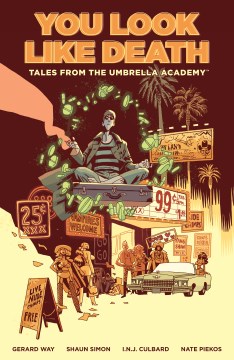 You Look Like Death: Tales from the Umbrella Academy written by Gerard Way and  Shaun Simon; illustrated by Ian Culbard
The first spin-off story from the popular comic book-turned-even-more-popular Netflix series, featuring Klaus on a drug-fueled adventure in Hollywood. 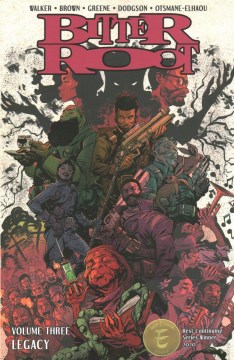 Bitter Root: Legacy written by David F. Walker and Chuck Brown; illustrated by Sanford Greene and Sofie Dodgson
The Sangerye family is back for another installment of monster hunting, but can they save the world and themselves this time? 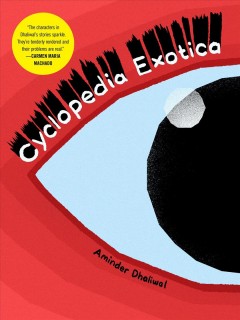 Cyclopedia Exotica by Aminder Dhaliwal
A book on the surface that is about a race of cyclops with some deadpan humor thrown in, is much more a thought-provoking allegory for xenophobia, immigration, and race relations. 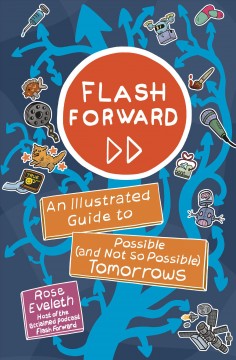 Flash Forward: An Illustrated Guide to Possible (And Not So Possible) Tomorrows by Various
An extension of the podcast Flash Forward, the 12 artists in this collection each pose a question about the future, such as "How Smart Should A City Really Be?", "Do You Really Want To Know When Everyone Is Lying?", and "If You Could Live On As a Robot, Would You?", to name just a few. 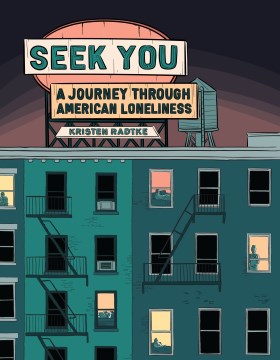 Seek You: A Journey Through American Loneliness by Kristen Radtke
An intense examination of how we do and do not communicate with one another and how that can create or lessen our individual and collective isolation. 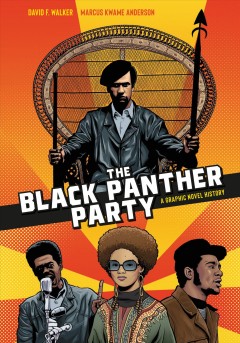 The Black Panther Party written by David F. Walker; illustrated by Marcus Kwame Anderson
The uncensored story of the Black Panther movement, its trials and triumphs, and the political and cultural history they made. 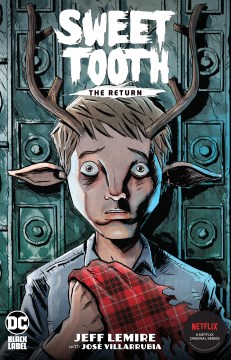 Sweet Tooth: The Return by Jeff Lemire
The future adventures of a new human-deer hybrid boy, as he tries to navigate a present-day dystopian society and the visions that continue to manifest and allude to a past life. 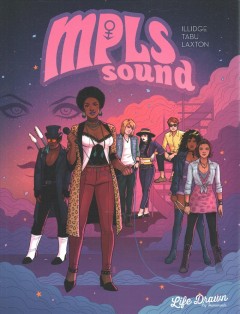 MPLS Sound written by Joseph Phillip Illidge and Hannibal Tabu; illustrated by Meredith Laxton
The story of a fictional 1980s Minneapolis rock and funk band, Starchild, and how Prince influenced not only them but the entire world. 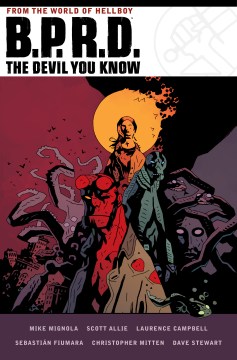 B.P.R.D. The Devil You Know Omnibus by written by Mike Mignola and Scott Allie; illustrated by Laurence Campbell, Sebastian Fiumara, and Christopher Mitten
Hellboy, Abe Sapien, Liz Sherman, and the rest of the Bureau for Paranormal Research and Defense fight a literal Hell on Earth. An epic conclusion to an equally epic series! 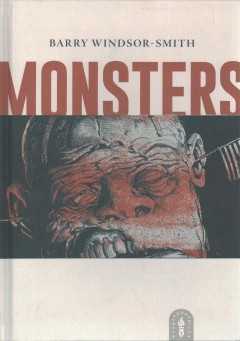 Monsters by Barry Windsor-Smith
Body horror and emotional storytelling are on large-format display via intricate pen-and-ink drawers in this graphic novel feat from a master of the medium. 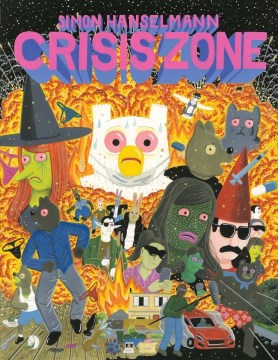 Crisis Zone by Simon Hanselmann
Conceived during the beginning of the pandemic on the artist's Instagram, and now spiraling out of control onto the comics page--unabridged and uncensored--is a vortex of comedy, horror, and action as the world falls apart. 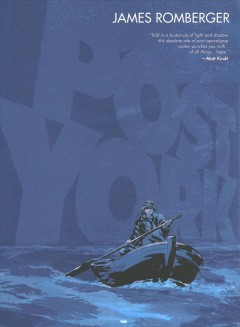 Post York by James Romberger
An "eco-fiction fable" about a lone survivor and his cat trying to navigate the after-effects of a climate disaster in New York City. 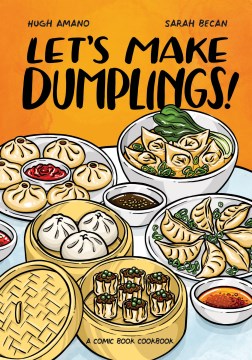 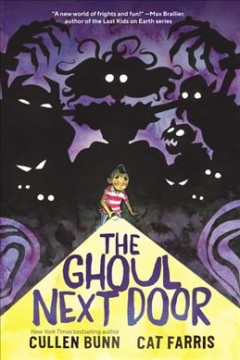 The Ghoul Next Door written by Cullen Bunn; illustrated by Cat Farris
An eleven-year-old befriends a next-door neighbor... who just happens to be a ghoul who lives in a graveyard! Atmospheric watercolor illustrations set the tone for the spooky adventures that ensue in this fun-for-all-ages title! 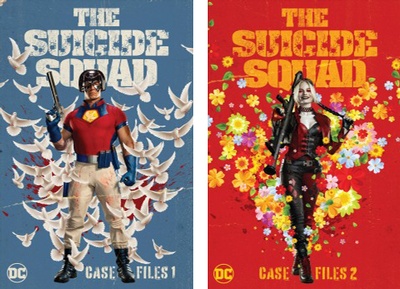 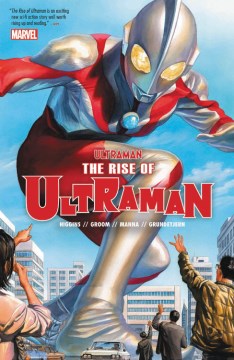 Ultraman: The Rise of Ultraman written by Kyle Higgins and Mat Groom; illustrated by Francesco Manna, Espen Grundetjern, and Michael Cho
A modern take on Ultraman through a Marvel Universe lense, full of sci-fi action and Kaiju battles!

Search our catalog for these titles and more great comics and graphic novels that were released in 2021!

What were some of your favorite comic books and graphic novels that you read in 2021? What are you looking forward to reading in the new year! Tell us in the comments!