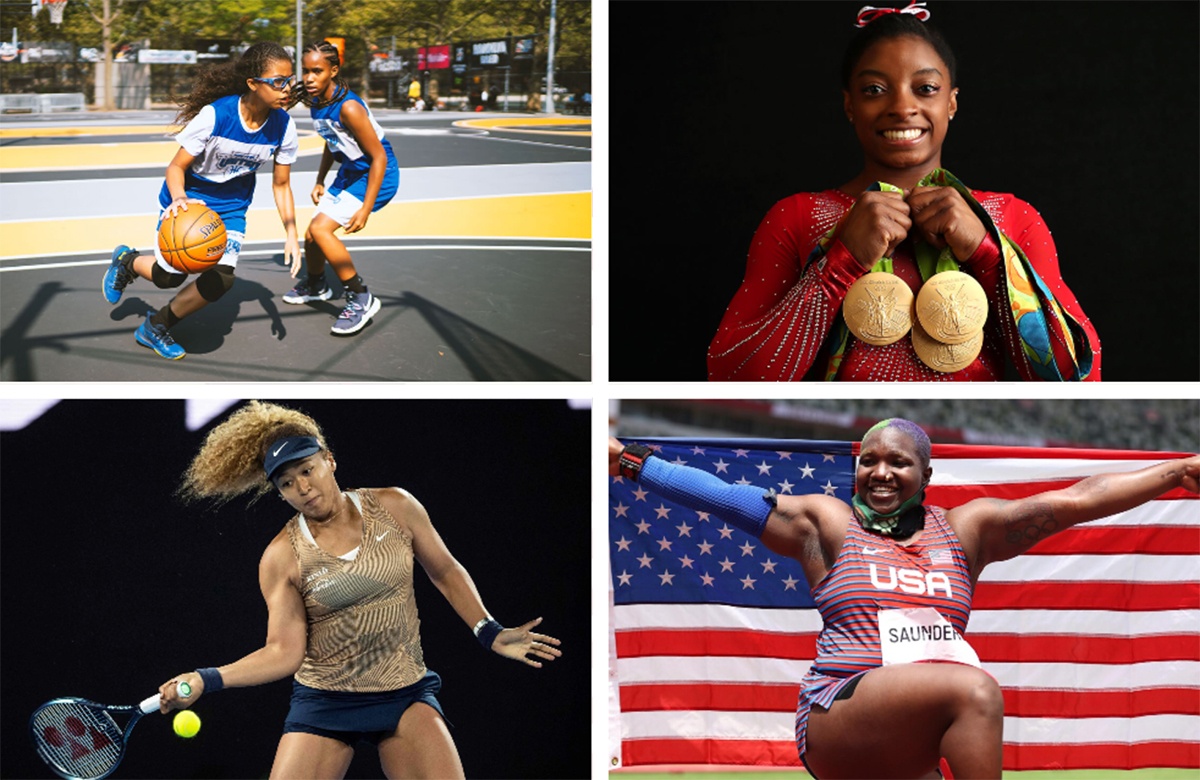 Today is the 36th annual celebration of National Girls and Women in Sports Day (NGWSD), started in 1974 by the Women’s Sports Foundation.

The purpose of the foundation is to provide support, resources, and communities for young girls and women in the world of sports. They also are passionate about promoting the physical, mental, and emotional benefits of leading an active lifestyle.

In recent years, women have made huge strides in the world of sports that go far beyond winning trophies and breaking records. Taking center stage have been conversations about equity in financial compensation, speaking up against sexual abuse, rights for transwomen and girls wanting to compete, increased representation in positions of leadership, and mental health advocacy.

Regarding the latter, one of the things that I have found inspiring is that young women (particularly young Black women) have not only been leading the dialogue but have been examples of what it means to put your well-being first.

Controversy surrounded gravity-defying gymnast Simone Biles when she abruptly withdrew from the final during the 2020 Tokyo Games. No one could understand why this real-life superwoman with so much on the line could seemingly abandon Team USA. A few days later, she revealed that she was suffering from a dangerous phenomenon called the "twisties" in which a gymnast can literally lose their sense of direction in mid-air. She needed time to emotionally reset before even thinking about getting back on the mat.

Tennis champion Naomi Osaka set social media ablaze when she announced that she would be skipping press conferences (which are required) to prioritize an emerging mental health issue. She later revealed that she has dealt with depression for years and facing the media in certain situations only makes it worse.

Shot put Olympian, Raven Saunders is another athlete who has been incredibly transparent about her struggles. After riding the high of placing fifth in the 2016 Olympics, Raven returned to college. She began to feel isolated and shaky atop the proverbial pedestal that her friends and family sat her on. Eventually, she reached out to a therapist just before attempting to commit suicide. That phone call saved her life. Saunders said, "I based my value of myself on my value in a sport. So when I would see that value start to deteriorate I would place that value on myself. So it would put me into a downward spiral." After getting help, Raven has returned to sports and even won a silver medal in the 2020 Tokyo Olympics!

Let these brave young women serve as an example of what it means to take care of yourself no matter what your profession is.

Looking for someone to talk to in Philadelphia? You can find more information and assistance at the City of Philadelphia’s Department of Behavioral Health and Intellectual disAbility Services (DBHIDS), part of the City’s Office of Health and Human Services.

If you or someone you know would like to be involved in sports that centers girls and women, here are some local organizations that you can get involved with: