In 2020, PIDC and United Way of Greater Philadelphia and Southern New Jersey teamed up to explore the landscape for minority entrepreneurs in Philadelphia. Their report looked at some of the barriers facing the Black business community, from structural racism to the effects of COVID-19. Despite these challenges, the number of Black-owned businesses in Philadelphia continues to grow. In fact, Philadelphia has a long history of being a leader in Black entrepreneurship, with some historical businesses that had deep roots in their communities. One of the first Black business owners in the region was Revolution-era sailmaker James Forten (1766-1842). A free-born Philadelphian, Forten was an apprentice to another sailmaker, Robert Bridges. Following Bridges’ death, Forten took over the business and became one of the city’s wealthiest denizens.

As the Black middle class grew in the nineteenth and early twentieth century though the Great Migration, businesses sprang up to meet the community needs. Pierre Albert Dutrieuille, an immigrant from the West Indies, established his catering business in Philadelphia in 1873. The company catered to the elite of both Black and white communities. Pierre’s son Albert took over the business in 1917 and kept it running from his building at 40th and Spring Garden until his retirement in 1967. Another Black-owned business, the Dunbar Theater, was a flagship for what would later become Avenue of the Arts. Located at Broad and Lombard, the Dunbar was founded by two successful Black bankers, E. C. Brown and Andrew Stevens, Jr., who wanted to start a Black-owned theater that could entertain the community.

Of course, the Business Resource and Innovation Center (BRIC) at the Free Library is another free resource available to help Black enterprises flourish. Our Small Business Resource Guide is a great starting point for entrepreneurs and startups–it has everything you need to know about how our business librarians can assist you on your business journey. Stop by our co-working space at the Parkway Central Library and get started today! 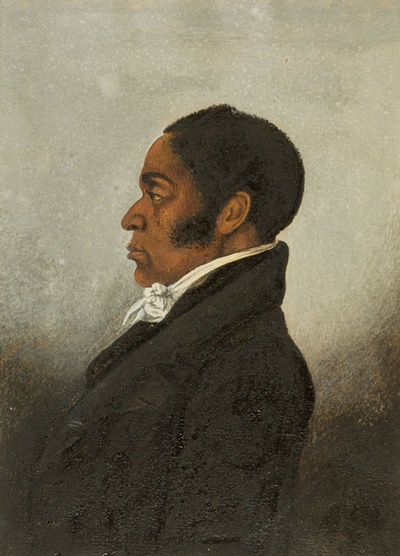 Portrait of James Forten, attributed to Robert Douglass, Jr., circa 1834 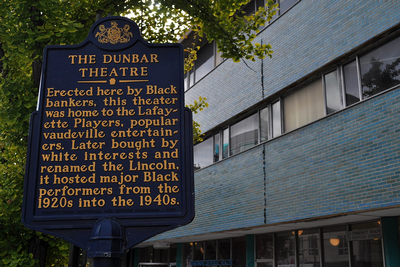 Historical marker for the Dunbar Theatre
Add a Comment