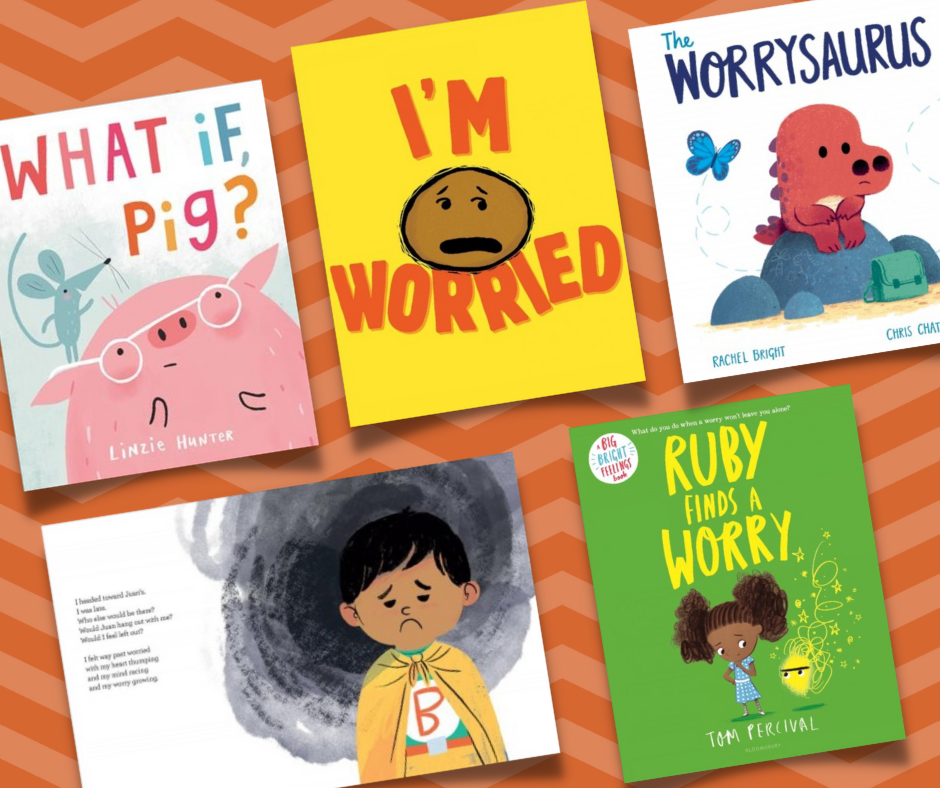 We all worry from time to time, and that can be a good thing, especially when it helps us plan and prepare. But sometimes, one can worry too much.

For instance, worrying about things that haven't even happened, or worrying about something so much that it affects our daily life. Has this ever happened to you? If that's the case, these picture books are for you! Worry is a common emotion, so you don't have to feel alone. 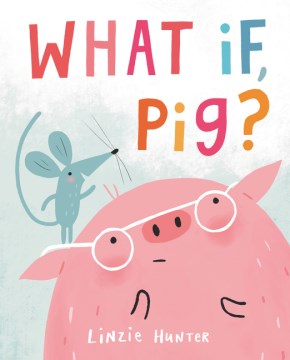 What if, Pig? by Linzie Hunter

Pig is so incredibly kind, fabulously fun, but he also has a big secret--he's a tremendous worrier! When Pig gets the brilliant idea to throw a party for Mouse and their friends, he can't help but think of everything that could possibly go wrong. After all, what if a lion eats all the invitations? What if nobody comes? Or worse, what if everyone comes and has an awful time? 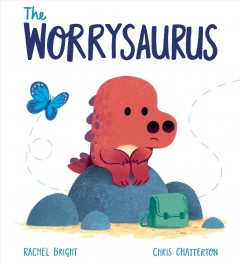 The Worrysaurus by Rachel Bright

It's a beautiful day and Worrysaurus has planned a special picnic. But it isn't long before a small butterfly of worry starts fluttering in his tummy...What if he hasn't brought enough to eat? What if he gets lost in the jungle? What if it rains?! With a little help from his mom, Worrysaurus finds a way to soothe the anxious butterflies, chase his fears away, and find peace and happiness in the moment at hand.

Murray worries…about lots of things. He doesn’t want to go out in the rain. He’s scared of the barking dogs at the park. Fireworks make him jump. But gradually he learns that he can put on a raincoat. He can make new friends. He can be brave. 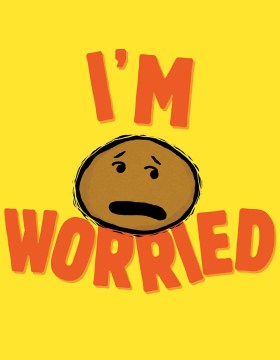 Potato is worried. About everything. Because anything might happen. When he tells his friends, he expects them to comfort him by saying that everything will be okay. Except they don’t. Because it might not be, and that’s okay too. Still, there’s one thing they can promise for sure: no matter what happens…they will always be by his side. 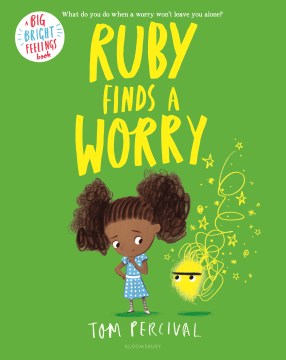 Ruby loves being Ruby—swinging up really high and exploring her backyard. But one day, Ruby finds a worry. At first, it's not such a big worry. But each day, it grows a little bigger. And a little bigger. Then the worry is ENORMOUS, and it's all she can think about. Until she discovers that everyone has worries, and the best way to get rid of them is to talk about them. 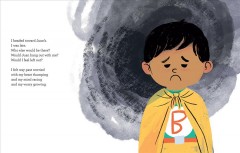 Brock is worried. Way past worried, with his heart thumping and his mind racing. Today is his friend Juan's superhero party and he’s going all by himself. What if nobody plays with him? What if everyone laughs at him? Brock doesn’t feel like a superhero, but...what if he can save the day and find a way past worried all by himself? This engaging story speaks to kids’ emerging emotional intelligence skills and helps them learn to manage worry.

Be sure to check our catalog and Overdrive Kids eReading Room for these titles and many more being added!