In a previous post, I wrote about researching the personal and professional life of Philadelphia writer, actor, and comedian, Ed Wynn (1886-1966). A versatile and adaptable performer with vaudeville beginnings, Wynn wrote and starred in Broadway shows, radio programs, and a television variety show. He went on to appear in feature films, including several Walt Disney productions, and later took on dramatic roles, a difficult transition for the giggling jokester who adapted the moniker, “The Perfect Fool.”

Now that I was familiar with Wynn’s biography, I was eager to examine the collection. The acquisitions history of the Ed Wynn Papers was difficult to determine. The Theatre Collection (THC) catalog held one undated card, listing a few of the items found in the boxes. After sifting through hundreds of yellowed newspaper clippings, I discovered an article from the May 2, 1965 issue of the Philadelphia Evening Bulletin in which reporter James Smart writes about a local event honoring a 78-year-old Ed Wynn. He refers to “two big boxes” of Wynn memorabilia that a local public relations professional, “Scoop” Lieberman, had purchased from Minnie Leopold’s estate. Many of the items listed mirrored the contents of the FLP’s collection; this was a triumphant day for me and for Karin. A week later, she uncovered a copy of a letter from Edward “Scoop” Lieberman, probably from 1968, to the then head of the FLP Literature Department, offering to show him the “Ed Wynn Memories.” Therefore, we were able to solve the mystery of the acquisition and confirm that these materials were from the estate of Wynn’s mother.  This link also suggests that the prayer book, from a synagogue in Atlantic City, belonged to Minnie after she moved from Philadelphia to New Jersey. (Coincidentally, a quick online search of the rabbi’s name printed on the title page was the same who performed the midnight funeral of the subject of another THC collection, Philadelphia filmmaker Siegmund Lubin, in 1923.)

These revelations were exciting, but we are still unsure of the function of the heavy, weighted gloves. The catalog card cited them as “stage props,” but with Wynn’s extensive gag repertoire, it is difficult to determine for which stunt(s) they were used. I’ve posted a photo—if you have any idea, please let us know!

Recently, while walking on North Second Street between Callowhill and Spring Garden, I realized I was close to the site of the Leopolds’ home at the time of Wynn’s birth. I stopped and imagined a giggling Wynn, riding his invented “piano bicycle” while donning his “Fire Chief” hat and wearing his trademark oversized shoes. Although he has been awarded three stars on the Hollywood Walk of Fame, one each for radio, television, and motion pictures, his name and accomplishments ought to be printed in gold letters on a navy blue square sign right here in Philadelphia. Perhaps one day the Pennsylvania Historical and Museum Commission will unveil a marker honoring “The Perfect Fool,” who left an indelible mark on the history of stage and screen.  For now, I am happy that researchers can view the new online finding aid and access the Ed Wynn Papers in the library of his hometown.

In addition to Karin Suni, I would like to thank Janine Pollock, Head of the Rare Book Department, and the Special Collections staff for supporting this project

To schedule an appointment to view the Ed Wynn Papers, please contact Karin Suni at 215-686-5427 or SuniK@freelibrary.org. 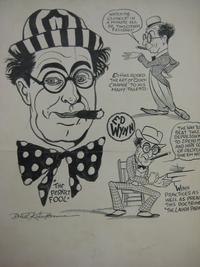 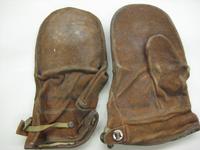 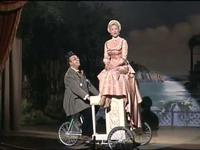