Caitlin Goodman, one of the librarians in our Rare Book Department, writes a column for City Paper in which she gives a book recommendation based on reader submissions of two books they liked with one book they hated. We'll be re-posting the columns here.

LOVED: Margaret Atwood, The Blind Assassin
LOVED: Michel Faber, The Crimson Petal and the White
HATED: Kazuo Ishiguro, The Remains of the Day

Let’s begin with a grateful pause to acknowledge that yes, The Remains of the Day is a terrible book; an Edwardian dress parade led by a flat character too unreal to be persuasively unreliable.

There is plenty of bad historical fiction, but this phony and dull example has somehow been judged an Important Book. More positively, Atwood is pretty great at fancying up genre fiction, although there are an awful lot of genres stuffed in Assassin.

Faber, by the way, is an excellently knowing mimic. Another option for a little retrospective satire is Susanna Clarke’s cute alterna-history of early 19th-century England, Jonathan Strange & Mr. Norrell.

And there’s something downright lovable in the completely bizarre The Name of the Rose, Umberto Eco’s first novel. It’s a theologically motivated medieval murder mystery, full of both untranslated Latin and postmodernist recursiveness. It was impossibly and wonderfully adapted into a film starring Sean Connery and Christian Slater. The Grumpy Librarian will understand if you just skip straight to the movie. 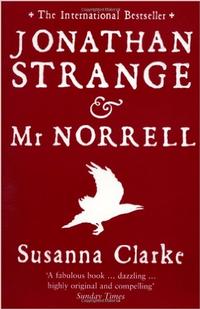