In a Library (Not So) Far, Far Away… Star Wars: The Force Awakens Countdown Has Begun!

As we count down to the premiere of the next chapter in the Star Wars saga, the Free Library has you covered no matter what age you are!

Need to catch up?
We have Star Wars: A New Hope, The Empire Strikes Back, Return of the Jedi, Episode I: Phantom Menace (I know, but it’s part of the cannon now and we need to deal with it), Episode II: Attack of the Clones and Episode III: Revenge of the Sith.

Totally caught up on all the films but looking to go farther?
For the child in your life, or just the young at heart, try Star Wars: Absolutely Everything You Need to Know, by Adam Bray

Crammed with weird and wonderful Star Wars trivia and quirky facts you never knew (Who cleans the floors of the Death Star? What takes 1,000 years to digest its victims?), this guide will excite new and old fans alike of Star Wars Rebels, Star Wars: The Clone Wars and the Star Wars movies.

Love all the angst of a YA novel but want it set in-universe?
Try Star Wars: Lost Stars by Claudia Gray

Enrolling at the Imperial Academy together to become fighter pilots for the glorious Empire is nothing less than a dream come true for Thane Kyrell and Ciena Ree (spoiler alert—Thane is from a wealthy family and Ciena is from a rural village—so obviously they are totally in love).  But Thane sours on the dream when he sees firsthand the horrific tactics the Empire uses to maintain its ironclad rule. Bitter and disillusioned, Thane joins the fledgling Rebellion—putting Ciena in an unbearable position to choose between her loyalty to the Empire and her love for the man she's known since childhood. Now on opposite sides of the war, will these friends-turned-foes find a way to be together, or will duty tear them—and the galaxy—apart?

So grown up and erudite that it hurts?
Perhaps a Bard/Jedi mashup is what you are looking for?
William Shakespeare’s Star Wars: Verily, A New Hope by Ian Doescher

Return once more to a galaxy far, far away with this sublime retelling of George Lucas's epic Star Wars in the style of the immortal Bard of Avon. The saga of a wise (Jedi) knight and an evil (Sith) lord, of a beautiful princess held captive and a young hero coming of age, Star Wars abounds with all the valor and villainy of Shakespeare's greatest plays. 'Tis a tale told by fretful droids, full of faithful Wookiees and fearsome Stormtroopers, signifying ... pretty much everything.

Looking for even more books, graphic novels, and DVDs?
Check out the booklist Han Shot First for more titles! 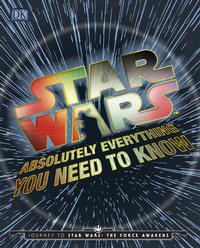 Star Wars: Absolutely Everything You Need To Know 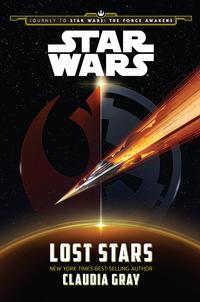