How the Fleisher Collection Engages in Musical Diplomacy with Cuba

With a longstanding commitment to promoting new, noteworthy, and overlooked works, the Fleisher Collection of Orchestral Music has engaged in musical diplomacy as an integral part of its history. During the Great Depression, Edwin Fleisher, Collection curator Arthur Cohn, and head librarian Franklin H. Price were able to interest the government in the desirability of preserving works by contemporary American composers. With the addition of Latin American works by the advent of WWII, the project was viewed as an asset to the U. S. in national defense and international affairs because it influenced our Central and South American neighbors in our favor and kept the Axis powers away from our home front.

And now, the Fleisher Collection is engaging in musical diplomacy once again—this time, with Cuba. Fleisher curator Gary Galván saw the potential for this around the same time former President Barack Obama announced that the United States would reopen diplomatic relations with Cuba. The Fleisher Collection—the largest lending library of orchestral performance material in the world—possesses 24 Cuban orchestral compositions that do not exist anywhere else in the world. These compositions were all premiered in Cuba prior to the revolution and represent the work of 14 major composers who are well respected in the international music community. This culturally important and historically significant music was lost through governmental ban, destruction in the revolution, and publishers culling holdings. It has been absent from concert stages for over half a century in Cuba, and its return to the Cuban people by the United States is a crucial component in the normalization of international relations as the longstanding embargo finally begins to lift.

After two exploratory trips to Havana in April and September of 2016 and a number of meetings with the leaders of the Cuban music community, Galván conceived of the Fleisher Collection’s Cuban Music Project: Alma Vieja/Alma Nueva. Between 2016 and 2021, the Fleisher Collection is committed to properly engraving Cuban symphonic music unique to the Collection (la alma vieja, or old soul) as well as producing sets of new works by aspiring Cuban composers (la alma nueva, or new soul). Our goal is to produce full performance sets of two older works and two sets of newer works annually over the next five years in order to preserve the music for posterity and to be able to circulate these works to orchestras around the globe for performances and recordings.

If you are interested in supporting our Cuban Music Project, contact the Fleisher Collection at 215-686-5313 or at fleisher@freelibrary.org. 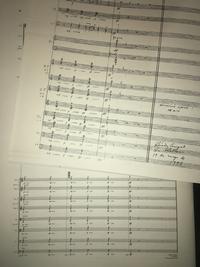