For the members of our Military History Club, each monthly meeting leads to a passionate and well-informed discussion about the major personalities and battles of World War II. The group is led by John Hemphill, a staff member of Central Senior Services, and takes place at Parkway Central Library. While still in his 30's, John has learned an incredible amount about this historic conflict. As a young man, he lived in Europe and visited many of the key battlefields that shaped the outcome of the war.

At the time that the club began, staff guessed that it might be an all male activity. Happily, we now know that this is not the case. Whether they lived through this period, or just heard stories about it, many older women have a strong continuing interest in the Second World War.

On Wednesday, July 19 at 11:00 a.m., club members will discuss the impact of Italian Dictator Benito Mussolini on the course of the war. It is often forgotten today, that Mussolini began his career as a Socialist. He was named in honor of Mexico's great liberal President Benito Juarez. As the son of a fiercely anti-clerical blacksmith, Italy's future leader was not baptized until he could derive political advantage from it as an adult. While not a good or honorable man, Mussolini had serious doubts about Hitler's racial theories. As someone who was primarily an opportunist, Mussolini was eager to enjoy the benefits of anti-Semitism without the hatred that motivated Hitler.

Please join us in Conference Room 407 to participate in this friendly discussion/debate. To learn more about the Military History Club and its upcoming activities, please contact John Hemphill directly at hemphillj@freelibrary.org. 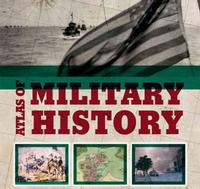 The next meeting of the Military History Club is Wednesday, July 19th at 11:00 a.m. at Parkway Central Library’s Senior Center 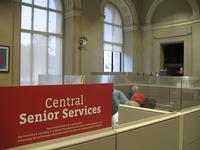 Central Senior Services at Parkway Central Library
1 Comment | Add a Comment
How do I find out about future meetings of the Military History Club? Is there a website? I attended today and was most impressed. Thanks.
Joe - Philly