Pro-Porg and Proud: A Discussion on Star Wars Creatures Cute and Small

So it’s almost time for another installment of the Star Wars franchise, an event which many of us are treating as a holiday. It’s been a roller coaster ride for fans these last two decades since The Phantom Menace. I don’t know about you guys but I’m still wary of getting my hopes up each time a new film comes out. Can the creators keep the ratio of special effects to story in balance? Will there be a new Jar Jar to ruin everything? Will we finally find some hope in this bleak fight against White Nationalists—*cough*—I mean the Empire?

Whatever happens, we’ll all find out on December 15. I for one am terribly excited—not just for space battles and intrigue—but for a new cute, giant-eyed, stuffed animal kind of creature to enter the cannon. I’m talking about Porgs, those adorable sea bird/penguin-like creatures that you are already seeing in the toy store.

There has been a ton of back and forth on the internet from both the pro-Porg camp and the #NeverPorgs kinda people. The Porg Haters never fail to cynically reference the Ewoks from Return of the Jedi and that they were a marketing ploy to increase toy sales, or they were part of Lucas’s scheme to jam a happy ending into the film, or that they ruined the franchise blah blah blah...

I don’t know if you can tell but I am firmly pro-Ewok and pro-Porg. I was…7(?) when I saw Return of the Jedi in the theater, so maybe I’m biased. I was literally the exact demographic for the Ewok invasion, but hear me out: they provided a nice counterpoint to the overwhelming darkness of the Empire. I think there is a whole lot that can be said about the wish fulfillment of having a technologically advanced bunch of jerks taken down by sticks and stones. Plus, those furry little bastards are cute! There, I’ve said it—I like them and think they are hilarious. My friends and I played with the Ewok Village Action Playset™ for YEARS. I’m pretty sure our Barbies™ may have adopted some Ewoks at one point…

So who am I to deny this cuteness to a new generation of kids who will probably love the heck out of their little Porg plushy toys? Their babies are called PORGLETS for the love of all that is holy—how freaking cute is that?!

These are dark times and a cute imaginary sea bird seems like a harmless way to escape for a few moments. And let’s not forget—the Ewoks were (whatever you think of them) well-crafted and well executed, and I’m willing to bet our new Porg buddies will be well crafted too. So give porgs a chance…

If you need proof of my point on how great Ewoks are, you can check out their adventures in these books: 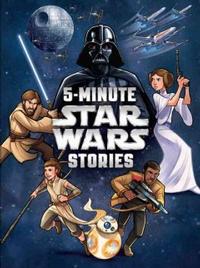 5-Minute Star Wars Stories contains the story "Ewoks Join the Fight" by Brooke Dworkin because hello, Ewoks know how to bring it! 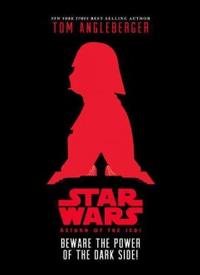 Beware The Power of The Dark Side!: An Original Retelling of Star Wars: Return of the Jedi by (the awesomely hilarious) Tom Angleberger devotes a WHOLE chapter to Ewoks, because they are integral! Integral, I say! to the success of the Rebellion and the defeat of the Empire—it's just a known fact. 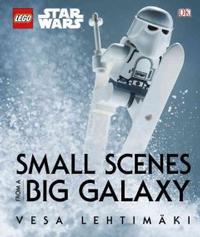 I’d also like to suggest Small Scenes from a Big Galaxy by Finnish photographer Vesa Lehtimaki, who has painstaking recreated famous scenes from the Star Wars universe in LEGO—including Tatooine, Hoth, and Endor, home of the small but mighty Ewok.

Okay, now that I’ve laid my cards on the table, I’m happy to hear what you think of our furry friends—let me know in the comments how you feel about Porgs or Ewoks! 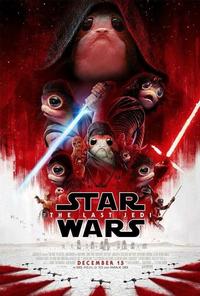 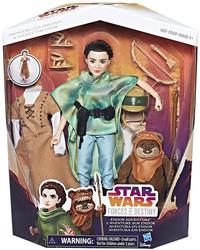 My friends and I played with the Ewok Village Action Playset™ for YEARS. I’m pretty sure our Barbies™ may have adopted some Ewoks at one point… 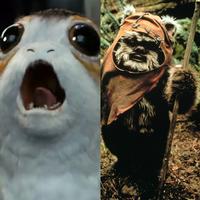