Get Ready for a Live Summer Jazz Soundtrack of Jacqueline Woodson's Another Brooklyn!

The 2018 One Book, One Philadelphia selection was Jacqueline Woodson’s award winning novel, Another Brooklyn. After an exciting season of discussions and programs about her novel, the Free Library of Philadelphia and the Philadelphia Jazz Project have commissioned drummer and composer, Chad Taylor and the Mysterious Travelers All-Stars to give us a concert-length book report ripped from the pages of Woodson’s novel and the era it evokes!

Another Brooklyn is a 2016 novel by Jacqueline Woodson. It's a coming of age story told through the memories of an adult, as she reminisces about her childhood friends, their dreams, their familes and the ever-present dangers of the streets.

The music of  late 1960s and 1970s jazz - particularly artists like Cecil Taylor, Ornette Coleman, and The Art Ensemble of Chicago play an important role in the book. On the very first page  the narrator wonders, "If we had had jazz, would we have survived differently?"

This special concert features a unique musical ensemble tackling some cutting-edge, challenging works. The performers, led by Chad Taylor, are all artists who have participated in the four-year-old Mysterious Traveler Concert Series—a collaboration between the Free Library of Philadelphia and the Philadelphia Jazz Project which showcases the composing and musical artistry of Philadelphia Jazz musicians. Philadelphia Jazz Project is a sponsored project of the Culture Trust | Greater Philadelphia, with funding provided by The Philadelphia Foundation.

Join us for adventurous and risk-taking music by artists like Cecil Taylor, The Art Ensemble of Chicago, Ornette Coleman, plus more in a concert inspired by Jacqueline Woodson’s Another Brooklyn
Free Library of Philadelphia 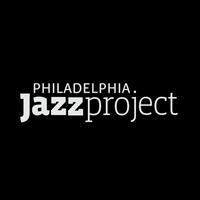