The Great Eight Takes Shape a.k.a. Round 3 of Summer Madness is Under Way!

We're into round 3 of our Summer Madness blockbuster reads online bracket game!

With only two weeks left, the Great Eight has arrived with devils and dolls, fly girls and tigers, hitchikers and immigrants, romantic rendezvouses both new and old—all ready to book battle!

Let's break down the matchups even further with some quick synopses of each book...

The Devil Wears Prada
The nightmarish and hilarious story of working for a horrible boss in the fast-paced fashion industry.
vs.
Valley of the Dolls
Million-selling pop culture OG diva author Jacqueline Susann's ode to the trials and tribulations of independent women trying to make their mark on the world.

Flyy Girl
1980s coming of age urban classic about a young woman navigating through a material world of one night stands.
vs.
Life of Pi
Survival story centered around a zookeeper's son and the animals he is stranded at sea with.

The Hitchiker's Guide to the Galaxy
Ragtag group of outcasts journey through time and space having wild and funny adventures.
vs.
The Joy Luck Club
Four mothers, four daughters, four families whose histories shift with the four winds depending on who's narrating the story.

Who will compete in the final match and be declared the literary champ? 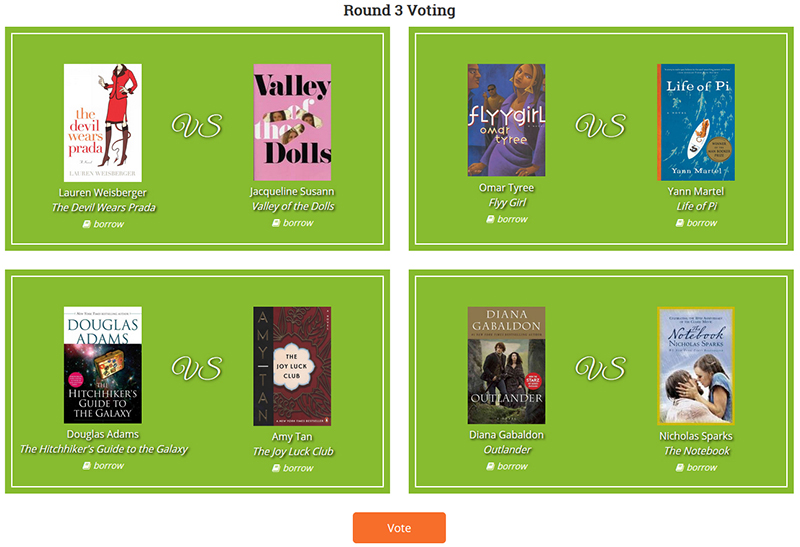 And don't forget to check back in next week for the Final Four reveal! 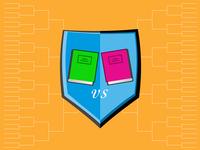 Who will compete in the final match and be declared the literary champ? Vote Now!
Add a Comment