A History Minute | Who was Mae Reeves and Why is She in the Smithsonian?

For over 50 years, Mae’s Millinery (definition: "the art of hat-making") was a fixture in Philadelphia, a destination for women from up and down the East Coast in search of the perfect hat. Now Mae’s is once more a destination as part of the National Museum of African American History and Culture’s permanent collection. 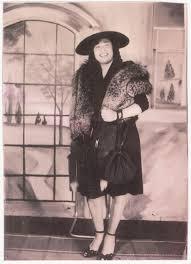 Mae Reeves was born Lula Mae Grant in Georgia in 1912.
She was accepted to teacher’s college at age 16 and spent her summers with family in Chicago where she studied at the Chicago School of Millinery. In 1934, as a young widow with a son to support, Mae left her teaching job and joined the Great Migration to Philadelphia, where her brother lived. She worked at a ladies' clothing store and began designing hats. In 1940, Mae secured a $500 loan from the black-owned Citizens and Southern Bank and opened her hat store at 1630 South Street—one of the first Center City businesses owned by an African-American woman. The shop also had living quarters in the back which meant Mae could send for her young son, William, who had been living with his grandmother in Georgia. 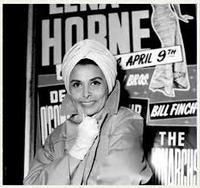 Mae’s location was a savvy choice as it was only a block from the Royal Theater.
Major black entertainers would always stop to perform at this venue on their tours. Word spread and Mae’s Millinery attracted not only local women but well-known performers like Marian Anderson, Lena Horne, and Ella Fitzgerald, as well as socialites like the DuPonts and the Annenbergs. 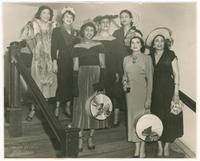 Buying a custom-made hat took some time.
There were sample hats to try on, as well as fabrics, feathers, jewels, and trim to consider. Customers sat at a table, sipping tea, champagne, or sherry, sharing ideas and suggestions. Socialites and entertainers looking for a big event hat chatted with schoolteachers and housekeepers who had saved up all year for an Easter hat. All these women were brought together by Mae’s creativity and sense of style. It was a rare thing in the segregated city.

Mae’s Millinery was a success.
However, Mae did not want to raise her son in the honky-tonk atmosphere of South Street. She moved to West Philadelphia and opened Mae’s Millinery at 41 N. 60th St. Her customers followed, with socialites arriving in limousines and others on the nearby trolley. All were welcomed and shown not just hats, but hat pins, jeweled purses, perfumes, and jewelry that went with them.

Mae’s custom hats were a hit.
Mae’s custom hats that brought women from New York to Virginia into her Philadelphia store. Mae became famous for her innovative turbans and her creative work with feathers. She and her daughter, Donna Limerick, traveled to New York and even Paris in search of materials, trims, and design ideas. Mae rose early and worked late into the night, steaming fabric on molds, shaping brims, and adding trims. She also presented fashion shows around Philadelphia, featuring her friends and customers in the latest hat styles.

Mae’s Millinery was not just a shop, but a part of the community.
Mae and her second husband, newspaperman Joel Reeves, were both active members of the NAACP and Mae was president of the 60th Street Business Association. Ever year on Election Day, her shop became a polling place. Voting machines were rolled into the shop and Mae served cake to the voters. 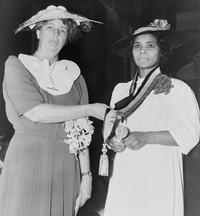 In the 1940s and 1950s, hats were an essential part of every woman’s wardrobe
They had a special place in the hearts of African-American women, who took seriously the verse from Corinthians: "But every woman who prays or prophesies with her head uncovered dishonors her head—it is the same as having her head shaved." (1 Corinthians 11:5-NIV). Sundays were a time to shine and every woman wore her best outfit and—most importantly—her best hat. It’s a tradition rooted in the years after the Civil War when African Americans emerged from the anonymity of slavery into a world of self-expression. The perfect hat gave a woman confidence and generated respect. 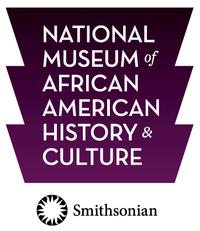 Hats began to go out of fashion in the late 1960s
They were gradually replaced by bouffant hair, afros, and elaborate braids, but they remained important to a generation of churchgoers. Mae’s Millinery stayed in business until 1997 when Mae retired at the age of 85. She insisted that her family leave the store locked and untouched so that she could come back and make more hats whenever she wanted. This is why it was there in 2010 when the Smithsonian came looking for artifacts of The Great Migration. Much of Mae’s Millinery has been preserved in its entirety in the African American Museum’s permanent collection as a "legacy of entrepreneurship and determination." 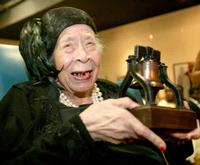 In 2010, Mae Reeves was honored by the City of Philadelphia and Mayor Nutter
The Mayor stated, "Mae Reeves' vision, initiative, and sheer determination in facing many odds to open her business and thrive in Philadelphia are qualities that are not only commendable but ones we seek from business owners today..." 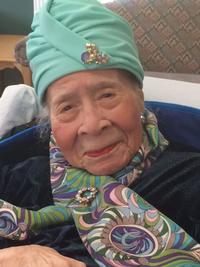 Books:
Are you inspired? The Free Library has many books about hats and hatmaking in our catalog:

From the Neck Up: An Illustrated Guide to Hatmaking by Denise Dreher

Millinery: The Art of Hatmaking by Sarah Lomax 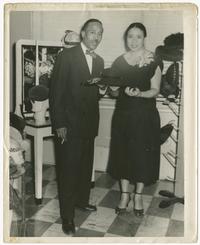 Mae Reeves and her husband Joel pose with her hats at Mae's Millinery in Philadelphia, circa 1953. Collection of the Smithsonian National Museum of African American History and Culture, Gift from Mae Reeves and her children, Donna Limerick and William Mincey, Jr.
5 Comments | Add a Comment
I think other website proprietors should take this web site as a model, very clean and great user-friendly style and design, let alone the content. You're an expert in this topic!
Sumon B - Los Angeles
Thank you! The credit goes to our terrific editor, Peter S., who also contributes many of the posts.
Sally F. - Philadelphia
Thanks for sharing information on this entrepreneurial and stylish African American woman. As an avid hat wearer and collector, I am heartened to learn of Mae Reeves' accomplishments and contributions to the annals of fashion history.
Michelle C. - Philadelphia
Thank you for presenting Miss Mae's story. Hats in the African American community have never gone out of style . Look at the Actor Billy Porter during his awards speech or the Hat worn by Cicely Tyson during Aretha Franklin's funeral. Check out Pharell or Erika Badu they wear hats all the time.
Diane D Duncan - MT. Airy/Philadelphia PA
I truly enjoyed reading about MIss Mae! I intend to tell my children and everyone I know to study and report about her for Black History Month and to get to know her story as an important part of Philadelphia history in general!
Shay M. - Southwest Philly