The Remarkable Afterlife of Emily Dickinson 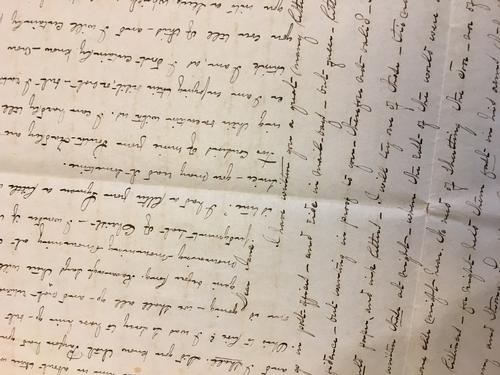 An early letter by Emily Dickinson.

Two months ago, I spent an evening in a dimly lit room scrutinizing the handwriting of a long-dead person with a group of mostly strangers. Scraps of 150-year-old paper were passed around for us to hold in our own hands. Reading the letters and poems—delicate yet forceful, full of awe yet piercingly analytical, tender yet terrifying—on these original manuscripts was almost overwhelmingly intimate. More than one of us left our encounter with wet eyes.

We were at the first occurrence of The Rosenbach’s new Behind the Bookcase: Hands-on Tour on Emily Dickinson, whose 189th birthday falls on this coming Tuesday, December 10. Barely published during her own lifetime, Dickinson is now one of the most famous U.S. poets, her legacy enduring not just because of her words, but also the ongoing fascination with her life. Long cast as a painfully shy recluse who eschewed the outside world, she is today enjoying the consideration of new and careful scholarship that recognizes her instead as a bold woman and writer who sought intensity in the relationships with those around her and in her literary and metaphysical pursuits.

Most notably, more and more readers are acknowledging the likelihood of a romance between Dickinson and her sister-in-law Susan Gilbert (whom Dickinson sent over 300 letters), which has been picked up on by academics as well as popular culture. In the past year alone, two recent works have explored this relationship: the movie Wild Nights with Emily, starring Molly Shannon, and the new television series Dickinson, with Hailee Steinfeld as the author. 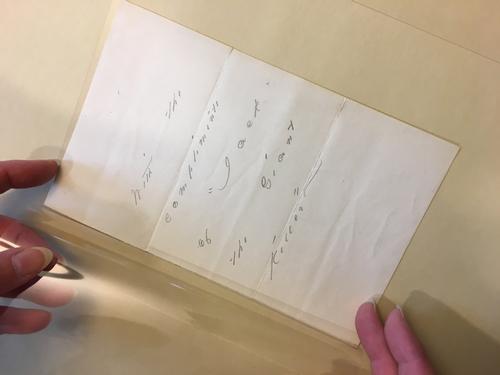 Before attending the Behind the Bookcase Tour, I had never read any of Dickinson’s letters. But after that incredible exposure to her inner life, I immediately headed to the library and checked out a copy of Letters: Emily Dickinson, a selection of her correspondence published by the Everyman’s Library Pocket Poets series. Just one of many such collections, I chose this particular book because, well, it fits in my pocket; its small size feels not unlike carrying a bundle of letters around with me. Next, I’d like to read Open Me Carefully: Emily Dickinson’s Intimate Letters to Susan Huntington Dickinson.

What can compare, though, to seeing the handwriting itself? I have two recommendations for the reader who is moved by the photographs in this post, all of which are of manuscripts owned by The Rosenbach and featured in their Dickinson tour. First, check out one of the Free Library’s copies of The Gorgeous Nothings: Emily Dickinson’s Envelope Poems, which beautifully reproduces—in full color, large scale, and a careful layout—facsimiles of the 52 poems that Dickinson composed on envelopes. Second, if you’re local to the Philadelphia area, join us at The Rosenbach on January 24, 2020, for the next occurrence of "The Modern Emily Dickinson: The Anti-Belle of Amherst." Just remember to bring a handkerchief. 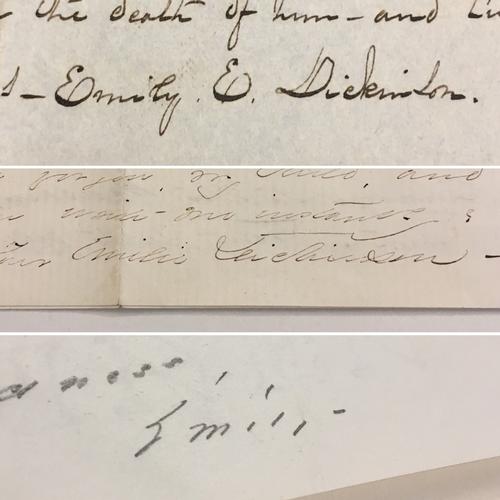 The evolution of Dickinson’s signature across time. 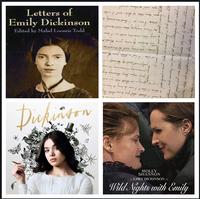 The Remarkable Afterlife of Emily Dickinson
Add a Comment