Could Every Day Be Earth Day? 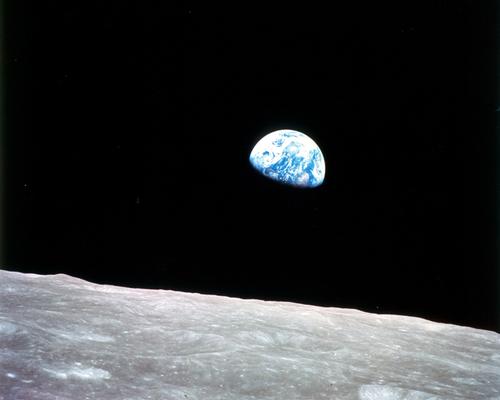 “Earthrise,” taken by astronaut Bill Anders in 1968, was the first widely published image of our planet from outer space. It helped spark the environmental movement in the United States.

On April 22, 1970—exactly 50 years ago—the first official Earth Day was celebrated in the United States. Today, it’s observed by millions of people across the globe who want to be part of the ongoing effort to fight the climate crisis and preserve life on our little blue planet.

If I had written this post far in advance—in, say, January or February—I might have focused on how this historic 50th Earth Day is a great opportunity to look back at why the holiday was established in the first place. It grew out of the burgeoning environmental movement, and one of the biggest events on the first Earth Day occurred right here in Philadelphia. (We actually had an entire Earth Week, because that’s how we do things in Philly.)

But this Earth Day’s occurrence in the midst of the worldwide COVID-19 pandemic prompts me to look not at our past but, instead, toward our future.

As many people have recently noted, the coordinated global response to this sorrowful time has proven that it is possible for human society to rapidly mobilize against shared threats other than wars. What if we took the threat of the climate crisis as seriously as we are taking the COVID-19 crisis? Could we dramatically, and quickly, change the ways that we live in order to ensure the continuation of life on Earth?

I think we could.

Two canonical examples of rapid policy change in response to environmental threats come immediately to mind, both thanks to huge organizing efforts and informational campaigns. First, there’s the banning of the harmful insecticide DDT in 1972, largely due to Rachel Carson’s famous book Silent Spring, which raised awareness of the destruction DDT was causing in ecosystems across the nation. Second, I think of the Montreal Protocol, an agreement to phase out CFCs (a compound gas that destroys the ozone layer, and which used to be used in consumer products such as aerosol cans and refrigerators) that was signed by the United States and 12 other countries in 1987. In both of these cases, powerful corporations and lobbyists were overcome by a united force of the public and policymakers who demanded a safer world—and fast.

But there’s a precedent that’s even closer to home. In 1970, CBS News created a special report about the first Earth Day, broadcast by Walter Cronkite. Cronkite described the occurrence as "a day set aside for an outpouring of mankind seeking its own survival . . . a day dedicated to enlisting all the citizens of a bountiful country in the common cause of saving life."

In the United States, we have been living this day for almost a month. Healthcare workers are putting everything on the line to keep the rest of us safe. Essential employees continue to perform vital jobs in order to keep basic necessities available and important economic systems functioning. The rest of us do what we can by staying at home, taking care of each other, and offering what we're able from a physical distance, whether it’s services, support, art, kindness, comforting words, or a listening ear. But no matter our exact role, we are all "enlisted . . . in the common cause of saving life." And though we face many, many challenges and the devastating long-term effects of this enlistment, we are accepting these repercussions as preferable to the alternative—the undeterred spread of the virus—and doing our part.

Maybe a silver lining of this incredibly difficult chapter of 21st-century history is that we will learn the extent of what we can do when we are organized together toward a shared mission. Maybe, once there has been time to sit with our grief and reckon with the injustices that this moment has made more apparent than ever, we will want to create a world that does not value business-as-usual and bottom lines over the future of our species. Maybe we will be ready, as individuals and as a global community, to mobilize against the climate crisis. And maybe, then, every day will be Earth Day.

Explore the climate crisis and what you can do about it with Digital Media from the Free Library: