Three Wishes for the Days Ahead

Wishes have been on my mind more than usual these days. Wishes for family to be safe and healthy, wishes for friends to keep in good spirits, and a wish to be able to visit my favorite bakery, look through the display case, and pick a quick sweet treat. When it comes to wishes, these are pretty basic with a good chance of coming true.

What about more serious—and dangerous—situations? Can someone stay hopeful for a better outcome? Here are three titles from the Free Library’s ebook collection that explore some possibilities: 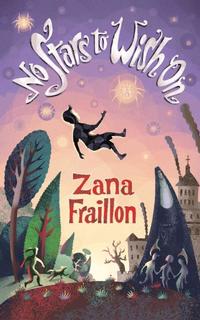 No Stars to Wish On by Zana Fraillon
(Recommended Ages 10-14)
A little boy's spirit shines amid some dark truths in this tender and memorable novel about being taken from home and put in an orphanage. "Each kid only has one pair of shoes here. Number 49's shoes are a pretty good fit for me and I know they're new because they still have that plastic smell. But the real Number 49 is quite a bit bigger than I am, because his pants keep falling down on me. I wish he would come back, so that I could go home." Jack goes from living with a mother, a sister, a Great-Gran, three Great-Great Aunts, and three cousins to being mistaken for Number 49 in an orphanage. Jack loves telling jokes, but not many people laugh at them in the orphanage. Will he ever be reunited with his mother and sister, his great-aunts and great-grandmother, back at home? 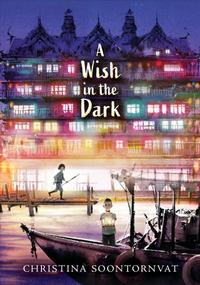 A Wish In The Dark by Christina Soontornvat
(Recommended Ages 8-12)
All light in Chattana is created by one man—the Governor, who appeared after the Great Fire to bring peace and order to the Bangkok-like city of Chattana. For Pong, who was born in Namwon Prison, the magical lights represent freedom, and he dreams of the day he will be able to walk among them. But when Pong escapes from prison, he realizes that the world outside is no fairer than the one behind bars. The wealthy dine and dance under bright orb light, while the poor toil away in darkness. Set in a Thai-inspired fantasy world, this is a dazzling, fast-paced adventure that explores the difference between law and justice. A hopeful book that not only shines a light but also shows readers how to shine their own. 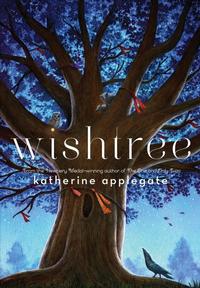 The Wishtree by Katherine Applegate
(Recommended Ages 10-14)
Red is an oak tree who is many rings old. Red is the neighborhood "wishtree"—people write their wishes on pieces of cloth and tie them to Red’s branches. Along with a crow named Bongo and other animals who seek refuge in Red’s hollows, this wishtree watches over the neighborhood. You might say Red has seen it all, until a new family moves in. Not everyone is welcoming, and Red’s experience as a wishtree becomes more important than ever. A funny, deep, and warm read.

Whether small or grand, what hopes and wishes are you thinking about these days?

Three book recommendations, filled with stories of hopes and wishes.
Add a Comment