May we suggest some fun fiction and inspiring memoirs that we've recently added to our collection? Enjoy! 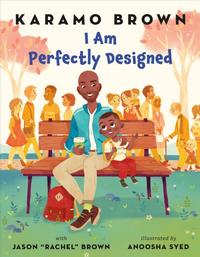 I Am Perfectly Designed

In this empowering ode to modern families, a boy and his father take a joyful walk through the city, discovering all the ways in which they are perfectly designed for each other. 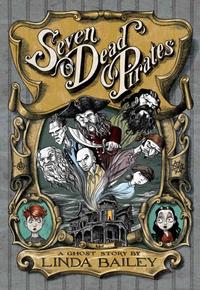 Thanks to smothering parents and a bullying classmate, young Lewis is a terribly shy boy. So shy, in fact, that he's unable to speak at all in school! His parents have just inherited a run-down, seaside mansion called Shornoway, which has an isolated tower room that seems like the perfect hideout for a boy as shy as Lewis—until he discovers that he's sharing space with a boisterous, argumentative crew of pirates two centuries dead. Lewis’s horror quickly turns to cautious acceptance as he learns what the pirates actually want is to be returned to their ship so they can sail off to a fabled pirate haven. Luckily, Lewis isn’t alone, and with several allies – a truly comical, colorful cast of characters – he steers a course towards accomplishing his and the pirates’ shared goal. 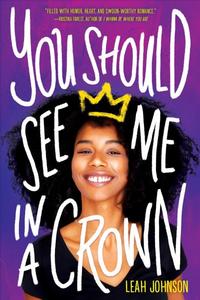 You Should See Me in A Crown

Liz Lighty has always believed she's too black, too poor, too awkward to shine in her small, rich, prom-obsessed midwestern town. But it's okay—Liz has a plan that will get her out of Campbell, Indiana, forever: attend the uber-elite Pennington College, play in their world-famous orchestra, and become a doctor. But when the financial aid she was counting on unexpectedly falls through, Liz's plans come crashing down... until she's reminded of her school's scholarship for prom king and queen. There's nothing Liz wants to do less than endure a gauntlet of social media trolls, catty competitors, and humiliating public events, but despite her devastating fear of the spotlight, she's willing to do whatever it takes to get to Pennington. The only thing that makes it halfway bearable is the new girl in school, Mack. She's smart, funny, and just as much of an outsider as Liz. But Mack is also in the running for queen. Will falling for the competition keep Liz from her dreams... or make them come true? 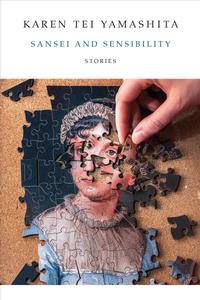 In these buoyant and inventive stories, Karen Tei Yamashita transfers classic tales across boundaries and questions what an inheritance—familial, cultural, emotional, artistic—really means. In a California of the sixties and seventies, characters examine the contents of deceased relatives' freezers, tape-record high school locker-room chatter, or collect a community's gossip while cleaning the teeth of its inhabitants. Mr. Darcy is the captain of the football team, Mansfield Park materializes in a suburb of L.A., bake sales replace ballroom dances, and station wagons, not horse-drawn carriages, are the preferred mode of transit. The stories of traversing class, race, and gender leap into our modern world with wit and humor. 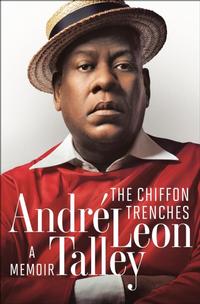 The Chiffon Trenches: A Memoir

In his second memoir, with unguarded style, fashion journalist and curator Talley (A.L.T., 2003) details his historic and varied career, offering a candid look at the Who's Who of the last fifty years of fashion. At once ruthless and empathetic, this engaging memoir tells with raw honesty the story of how André not only survived the brutal style landscape but thrived⁠—despite racism, illicit rumors, and all the other challenges of this notoriously cutthroat industry⁠—to become one of the most renowned voices and faces in fashion. 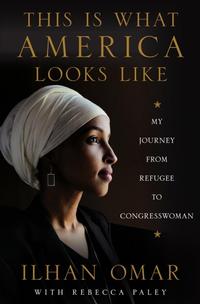 This is What America Looks Like: My Journey from Refugee to Congresswoman

An intimate and rousing memoir by progressive trailblazer Ilhan Omar, the first African refugee, the first Somali-American, and one of the first Muslim women, elected to Congress. As a junior member of the House of Representatives, she gained notoriety for her grace in the face of attacks by Donald Trump, aimed at her ethnicity, dark skin tone, religion, citizenship, and political advocacy. No matter a reader's personal politics, Omar's life should serve as an inspiration as both the inspiring coming of age story of a refugee and a multidimensional tale of the hopes and aspirations, disappointments and failures, successes, sacrifices, and surprises, of a devoted public servant with unshakable faith in the promise of America. 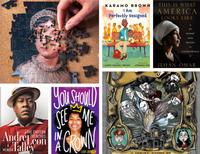 Check out these new ebook and audiobook titles available in June!
Add a Comment