This is the first in a series of posts highlighting major figures in jazz history who were from Philly (even if most ended up in New York City). A virtual book discussion of Wishing on the Moon: The Life and Times of Billie Holiday by Donald Clarke will take place on Thursday, August 20 at 8:00 p.m. Every one of the bolded album titles below can be streamed for free with your library card via Alexander Street’s Jazz Music Library database.

Born in rural North Carolina, John Coltrane moved to Philadelphia as a teenager in 1943, working at the Campbell’s Soup factory in Camden, among other jobs. After a stint in the army, he bought a house for his young family at 33rd and Oxford. There bloomed his devotion to the tenor saxophone and to expanding the range of sonic expression.

He rode SEPTA to 17th and Chestnut to study harmony with legendary music theorist Dennis Sandole, who also taught jazz greats Jim Hall and Pat Martino (both guitarists), as well as current innovators like pianist Matthew Shipp and alto saxophonist Bobby Zankel — who still lives and works in Philly, and who has appeared in concert at Parkway Central Library. Not for nothing, but three of those musicians play instruments that can play multiple notes at once.

Coltrane wanted to find a way to make his horn sing with a polyphony previously unknown on a single-note instrument. The house in Strawberry Mansion is where he began to achieve this goal, blending his studies with Sandole with the lessons he was learning nightly on the bandstand as he gigged with Philadelphians Jimmy Heath and Dizzy Gillespie, among many others. Heath later mused that at that time Coltrane practiced "25 hours a day."

Coltrane came to national acclaim in the mid-50s when he joined the Miles Davis Quartet. He recorded four studio albums with the group—Cookin’, Relaxin', Workin’, and Steamin’ with the Miles Davis Quintet—each of which features Philly Joe Jones on drums, who unsurprisingly also hailed from our fair city. These are classics of intellectual hard bop, just as good for careful analysis as to soundtrack a cocktail party. After leaving Davis’s band, Coltrane struck out on his own. Of his first records as a bandleader that is available via the Jazz Music Library, the best is 1958’s Blue Train, featuring Philly Joe on drums, as well as trumpeter Lee Morgan, who just the year before graduated from Mastbaum Vocational High School in Port Richmond.

Coltrane’s most celebrated period came in the new decade with his quartet from 1961-1965, featuring McCoy Tyner on piano and either Jimmy Garrison or Reggie Workman on bass—all three Philadelphians. (It hurts to only mention Elvin Jones parenthetically, what with him being plausibly the greatest drummer of all time, but he was from Detroit.) To hear an early example of the group in top flight, joined by reed genius Eric Dolphy, check out The Complete 1961 Village Vanguard Recordings. To hear them supplemented by a bevy of horns drawing a line between jazz’s African roots and its avant-garde blossoming, check out Africa/Brass. To hear them joined by the rich baritone of Johnny Hartman, making fine work of sensitive material—Coltrane was famous for his dizzying "sheets of sound," but he also loved to play ballads—check out John Coltrane and Johnny Hartman. To hear how the quartet could weave a tapestry of rhythmic and emotional energy from maudlin pop material, check out My Favorite Things: Coltrane At Newport. To hear their 1965 masterpiece, as plausible a candidate as any for the greatest work in the history of recorded music, put on some headphones and spend thirty-three minutes with A Love Supreme.

But don’t stop there! A reactionary strain in jazz history would have you believe that in the last years before cancer took him in 1967, Coltrane lost his way. Your humble blogger-librarian contends just the opposite: that he kept finding new ways, new expressive summits, new polyphonic paths, just as he’d been searching for since his early days practicing nearly every waking hour at 33rd and Diamond. He was also finding new creative partners. On Meditations, the band is joined by North Philly native Rashied Ali, whose approach to rhythm makes time expand and contract at once. Overtop Coltrane’s tenor goes head to head with that of Pharoah Sanders, one of the many younger players to whom Coltrane gave their first major platform and from whom he wanted to be continuously inspired. Live at the Village Vanguard Again introduces perhaps his most important new partner in harmonic transcendence as well as in love: the pianist, harpist, and composer Alice Coltrane.* Interstellar Space, entirely a duo of Coltrane and Ali, finds the two Philadelphians chasing rhythmic and textural ideas down speeding highways and winding alleys, generating some of the most emotive music in Coltrane’s discography.

Do yourself a favor and check out every one of these John Coltrane albums and many more at Alexander Street's Jazz Music Library!

*The entirety of Alice Coltrane’s output on Impulse Records is available in the Jazz Music Library too, and if you haven’t heard those unique masterpieces yet, you’re in luck. But like Elvin Jones, the former Alice McLeod was from Detroit, so she won’t be covered in-depth in this series. 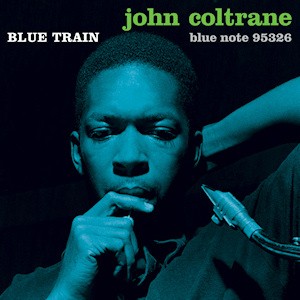 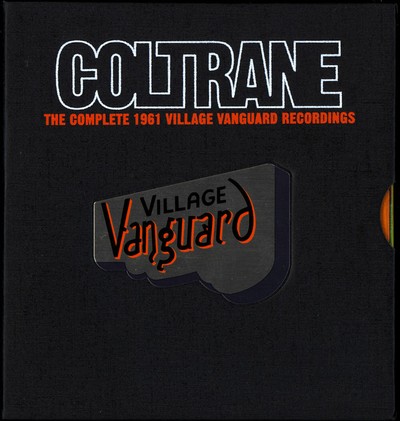 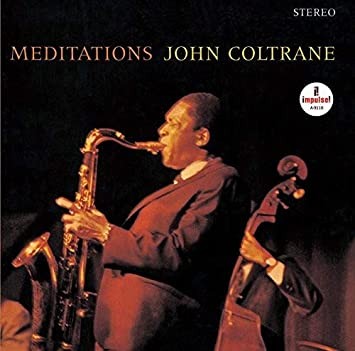