It’s finally 2021! Hopefully this year will bring better things than the last... and on that note, why not try one of these recommended reads! 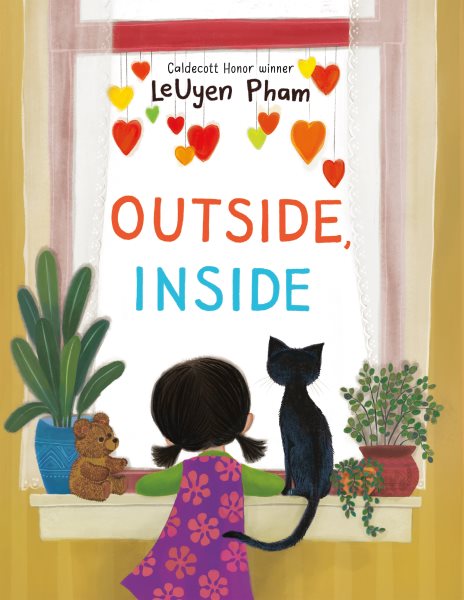 Outside, Inside by LeUyen Pham
Something strange happened on an unremarkable day just before the season changed. Everybody who was outside... went inside. Outside, it was quieter, wilder, and different. Inside, we laughed, we cried, and we grew. We remembered to protect the ones we love and love the ones who protect us. While the world changed outside, we became stronger on the inside and believed that someday soon spring would come again. 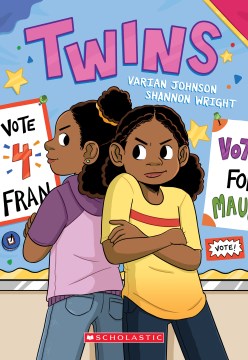 Twins written by Varian Johnson; illustrated by Shannon Wright
Maureen is a straight-A student lacking in self-confidence. Her identical twin, Francine, is outgoing and popular, though she sometimes feels like "the dumb one." They've always been inseparable—until sixth grade. Francine begins to branch off socially, catching Maureen off guard, and as the tension between them builds—thanks to a series of miscommunications and unveiled secrets—their insecurities flare, and they end up running against each other for student-council president. Maureen and Francine's family life has a strong, healthy dynamic. The girls' ensuing competition is laden with complex feelings of betrayal and guilt, as they both struggle with how to be more individual while still supporting one another. The diverse student body, care-filled scenes in the Carter home, and background elements in the mall scenes stand out for their warmth, humor, and realism. The small details that differentiate Maureen and Francine, while maintaining their mirrored features, are delightful. A touching, relatable story of identity, sisterhood, and friendship. 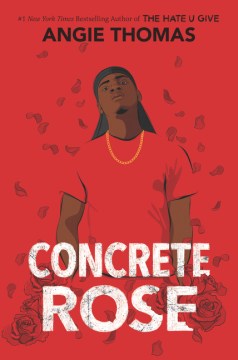 Concrete Rose by Angie Thomas
International phenomenon Angie Thomas revisits Garden Heights seventeen years before the events of The Hate U Give, in this searing and poignant exploration of Black boyhood and manhood. If there’s one thing seventeen-year-old Maverick Carter knows, it’s that a real man takes care of his family. As the son of a former gang legend, Mav does that the only way he knows how: dealing for the King Lords. With this money he can help his mom, who works two jobs while his dad’s in prison. Life’s not perfect, but with a fly girlfriend and a cousin who always has his back, Mav’s got everything under control. Until, that is, Maverick finds out he’s a father. Suddenly he has a baby, Seven, who depends on him for everything. But it’s not so easy to sling dope, finish school, and raise a child. So when he’s offered the chance to go straight, he takes it. In a world where he’s expected to amount to nothing, maybe Mav can prove he’s different and figure out for himself what it really means to be a man. 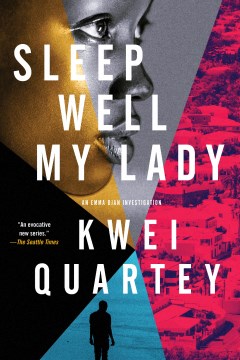 Sleep Well, My Lady by Kwei Quartey
Hard-hitting talk show host Augustus Seeza has become a household name in Ghana, though notorious for his lavish overspending, alcoholism, and womanizing. He's dating the imposing, beautiful Lady Araba, who leads a self-made fashion empire. Fearing Augustus is only after her money, Araba's religious family intervenes to break them up. A few days later, just before a major runway show, Araba is found murdered in her bed. Her driver is arrested after a hasty investigation, but Araba's favorite aunt, Dele, suspects Augustus Seeza was the real killer. Almost a year later, Dele approaches Emma Djan, who has finally started to settle in as the only female PI at her agency. To solve Lady Araba's murder, Emma must not only go on an undercover mission that dredges up trauma from her past, but navigate a long list of suspects with strong motives. Emma quickly discovers that they are all willing to lie for each other—and that one may still be willing to kill. 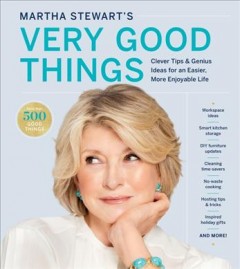 Hearts and Bones | Starring Alan Dukes, Andrew Luri, Bolude Watson, Brandon Burke, Fran Kelly, Hayley McElhinney, Hugo Weaving, Melanie De Ferranti, Toni Scanlan, Victoria Haralabidou | directed by Ben Lawrence (Release date: January 19, 2021)
Daniel Fisher, a world-famous photojournalist with PTSD, has traveled the world covering violent conflicts in remote regions. Returning home to news of his wife’s pregnancy, he prepares for a photo exhibit in Australia. At the exhibition, he meets Sebastian Ahmed, a war refugee from Sudan, and the two become friends. When Ahmed sees that one of Fisher's photos shows death and brutality from his native African village, he asks the photographer to exclude them. What follows is a gut-wrenching debate over the value of displaying stark images of dead bodies for the sake of letting the rest of the world know about horrific happenings beyond our normal lives. 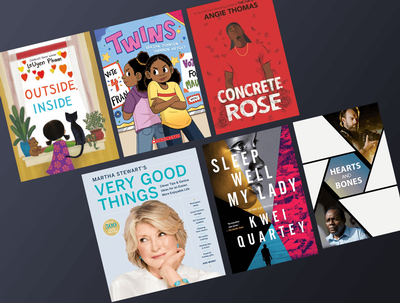 Find these new titles in the Free Library catalog.
Add a Comment