If you've exhausted watching everything on your streaming media platforms of choice, take a look at the National Film Registry's yearly recommendations and selections to be preserved in the Library of Congress!

25 films have been selected each year—for the past 32 years—showcasing the range and diversity of American film heritage to increase awareness for its preservation. This year's selected films include award-winners, big-budget blockbusters, 1980s comedies, musicals, cinema classics, documentaries, b-movies, book-to-screen adaptations, and many more, spanning a period from 1913 to 2010. This year’s selections also include a record number of films directed by women and filmmakers of color, including 10 directed by women and seven by people of color.

You can browse and check out the majority of this year's selected films from our catalog, available in DVD, Blu-ray, and Streaming Video formats (via our digital media resources, Hoopla and Kanopy), while others can be found in the public domain or viewable via video-sharing websites like YouTube and Vimeo.

This year's selections bring the total number of films in the registry to 800!

The Battle of the Century (1927, YouTube)
Classic comedy duo Laurel and Hardy star in this short that displays one of the most epic pie fights ever captured on film.

The Blues Brothers (1980, DVD)
Jake (John Belushi) and Elwood (Dan Aykroyd) are on a mission from God and they gotta get the band back together to raise enough money to save the orphanage! Along the way, there are about a dozen musical performances from the likes of John Lee Hooker, Aretha Franklin, Ray Charles, Cab Calloway, and The Blues Brothers themselves (you can listen to all their albums on Hoopla), as well as about 100 high-speed car crashes throughout the Chicagoland area. It's a comedy!

Bread (1918)
A “sociological photodrama", female film trailblazer Ida May Park tells the story of a naïve young woman in a narrow-minded town who journeys to New York to become a star but faces disillusionment when she learns that sex is demanded as the price for fame.

Buena Vista Social Club (1999, DVD)
Aging Cuban musicians whose talents had been virtually forgotten following Castro's takeover of Cuba are brought out of retirement by Ry Cooder, who traveled to Havana in order to bring them together. The resulting triumphant performances of extraordinary music resurrect their careers.

Cabin in the Sky (1943, DVD and Hoopla)
The film adaptation of the 1940 Broadway musical about a gambler who is shot, dies, and goes to heaven, but is sent back to earth for one last shot at redemption. Also, notably groundbreaking for it's time for having an all-Black ensemble cast when many theaters in the U.S. were still segregated.

A Clockwork Orange (1971, DVD)
Based on the book by Anthony Burgess, and directed by Stanley Kubrick, this dystopian and cartoonish (at times) film remains as disturbing, controversial, and unsettling as when it first debuted on screens in 1971.

The Dark Knight (2008, DVD)
A high-water mark for "comic book movies", this film is a quintessential dark and brooding good vs. evil masterpiece, with excellent performances from Christian Bale as Batman and Heath Ledger, with his Oscar-winning take on the Clown Prince of Crime, The Joker.

The Devil Never Sleeps (1994, Vimeo)
Award-winning Latina filmmaker Lourdes Portillo's documentary into the mysterious death of her uncle Oscar, which is a story full of betrayal, passion, lust, and supernatural visitations.

Freedom Riders (2010, DVD, Hoopla, and Kanopy)
A two-hour PBS American Experience documentary chronicling the Civil Rights Movement of the 1960s. The story is told without narration, using only archival film and stills, including testimonies of the Freedom Riders themselves, journalists who followed their trail, federal, state, and local officials, white southerners, and chroniclers of the movement including Raymond Arsenault, whose book inspired the documentary. Nearly 50 full interviews conducted for the film are now available in the American Archive of Public Broadcasting.

Grease (1978, DVD and Blu-ray)
The big-screen adaptation of the hit Broadway musical, this retro slice of 1950s teenage life stars John Travolta and Olivia Newton-John, who sing and dance their way into pop culture immortality throughout the dozen musical numbers that make up the plot of the film.

The Ground (1993-2001)
Series of avant-garde filmmaking that has a fascination with perception, psychology, literature, the natural world, architectural space, musical phrasing, and aesthetic beauty.

The Hurt Locker (2008, DVD and Blu-ray)
Multiple Academy-award winning film, directed by Kathryn Bigelow (who was herself the first woman to receive the Best Director award), that is a sobering look at modern-day warfare.

Illusions (1982, Kanopy)
Julie Dash’s critically acclaimed short film won the Jury Prize for Best Film of the Decade awarded by the Black Filmmakers Foundation. Created for her MFA thesis at UCLA, it is set in World War II-era Hollywood and explores the nature of Hollywood racial politics, fantasy, and the illusion of racial identity.

Kid Auto Races at Venice (1914, YouTube)
A true piece of cinematic history is contained in this short, as it features the debut of Charlie Chaplin’s tramp character.

Lilies of the Field (1963, DVD)
Sidney Poitier stars as an itinerant worker who helps refugee East European nuns build a chapel in Arizona. Poitier became the first African American to win the Oscar for Best Actor at the 36th Academy Awards in 1964.

Losing Ground (1982, Streaming via Milestone Films)
One of the first feature films directed by an African American woman, Kathleen Collins’ film explores the ups and downs of marriage and the search for self-fulfillment.

The Man With the Golden Arm (1955, DVD and Kanopy)
Frank Sinatra stars in this cautionary take of drug addiction, track marks and all, adapted from Nelson Algren's novel by director Otto Preminger. Saul Bass supplies the minimalistic yet striking opening credits sequence and Elmer Bernstein's jazz score is a character in the movie all itself.

Mauna Kea: Temple Under Siege (2006, Streaming via ʻŌiwi TV)
Documentary that examines the centuries-old volcano on the Big Island of Hawai’i and the struggles between islanders and scientists on how best to use the mountain summit.

Outrage (1950)
A film by trailblazing female director Ida Lupino, about the traumatic effects of rape on a vulnerable young woman.

Shrek (2001, DVD and Blu-ray)
The mega-blockbuster animated film that turned fairy tales on their head with a green ogre (voiced by Mike Myers), a wise-cracking donkey (voiced by Eddie Murphy), and a feisty princess (voiced by Cameron Diaz).

Suspense (1913, Kanopy)
Silent film from director Lois Weber about a mother and her baby trapped in a house with an intruder trying to break in, just as the father is racing home in a stolen car to try and save them—pretty much the textbook definition of "suspense"!

Sweet Sweetback’s Baadasssss Song (1971, DVD, Blu-ray, and Kanopy)
Melvin Van Peebles produces, directs, writes, and stars in this truly groundbreaking independent and unapologetically Black film, helping to ignite the "New Hollywood" filmmaking revolution of the 1970s. It is one of the largest grossing X-rated films in history and its fast-paced montages and jump-cuts heavily influenced both independent and mainstream film, art, and music for years to come. 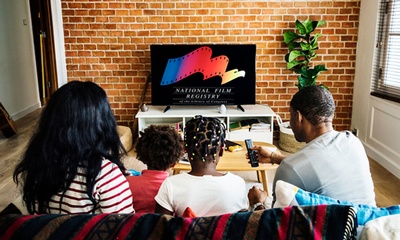 Take a look at the National Film Registry's yearly recommendations and selections to be preserved in the Library of Congress! 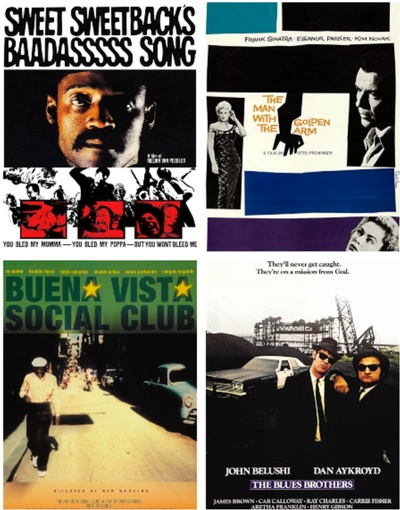 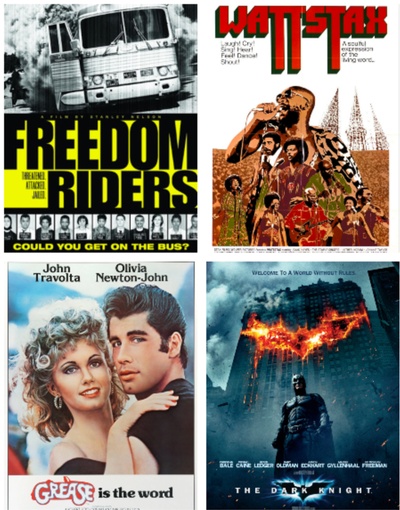