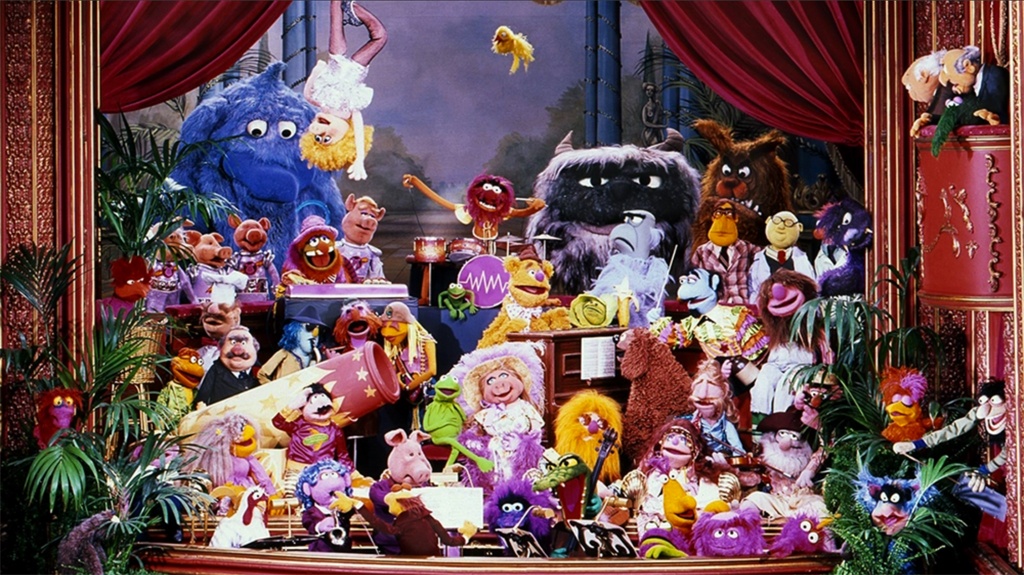 It's the Muppet Show! YAAAAAAY!

2021 marks 45 years since The Muppet Show debuted on television and today Disney+ is bringing back all 120 episodes streaming on-demand! As Kermit the Frog would say—arms flailing—"YAAAAAAAAAAAAAY!"

The Muppets were created by Jim Henson in 1955, and appeared in various forms on television starting in the mid-1950s (short-form television series Sam and Friends), into the late-1960s (Sesame Street), and even appeared in early episodes of Saturday Night Live in the mid-1970s. But it wasn't until they received their own variety show in 1976 that they really became a pop culture phenomenon for all ages. The Emmy Award-winning show featured slapstick humor, surreal skits, and spirited song and dance numbers starring the likes of Kermit the Frog, Miss Piggy, Fozzie Bear, Gonzo, Dr. Teeth and the Electric Mayhem, and the Swedish Chef, while featuring eclectic guests such as Steve Martin, Linda Ronstadt, Elton John, Madeline Kahn, Vincent Price, Alice Cooper, Gilda Radner, Dizzy Gillespie, Rita Moreno, and Buddy Rich, to name just a few.

ebooks and Audiobooks
We have a number of titles filled with stories starring and about the Muppets! Some recommended titles include The Muppets Read-Along Storybook, It's Not Easy Being Green, and The ABCs of Cookies (starring Cookie Monster, of course!)

Music
You can stream Muppet music through one of our most popular electronic resources, Hoopla! An essential listening recommendation would be the "Muppets Theme" and the classic "Mah Na Mah Na".

Film
While the majority of streaming television and movies available through Hoopla centers more on Sesame Street, there is a great PBS documentary about Jim Henson available on Kanopy, In Their Own Words - Jim Henson. The program explores the incredible life and career of Jim Henson as he transcended puppetry to become one of the most creative, prolific, and influential artists of his time. Key events highlighted include his early television work with the Muppets while still a student at the University of Maryland and his commercial work, to his breakthrough with Sesame Street, The Muppet Show, Fraggle Rock, and his genre-defying fantasy films Dark Crystal and Labyrinth.

Who's your favorite Muppet? Let us know in the comments!