Who Said It: Shakespeare, Milton, or Shake Milton? 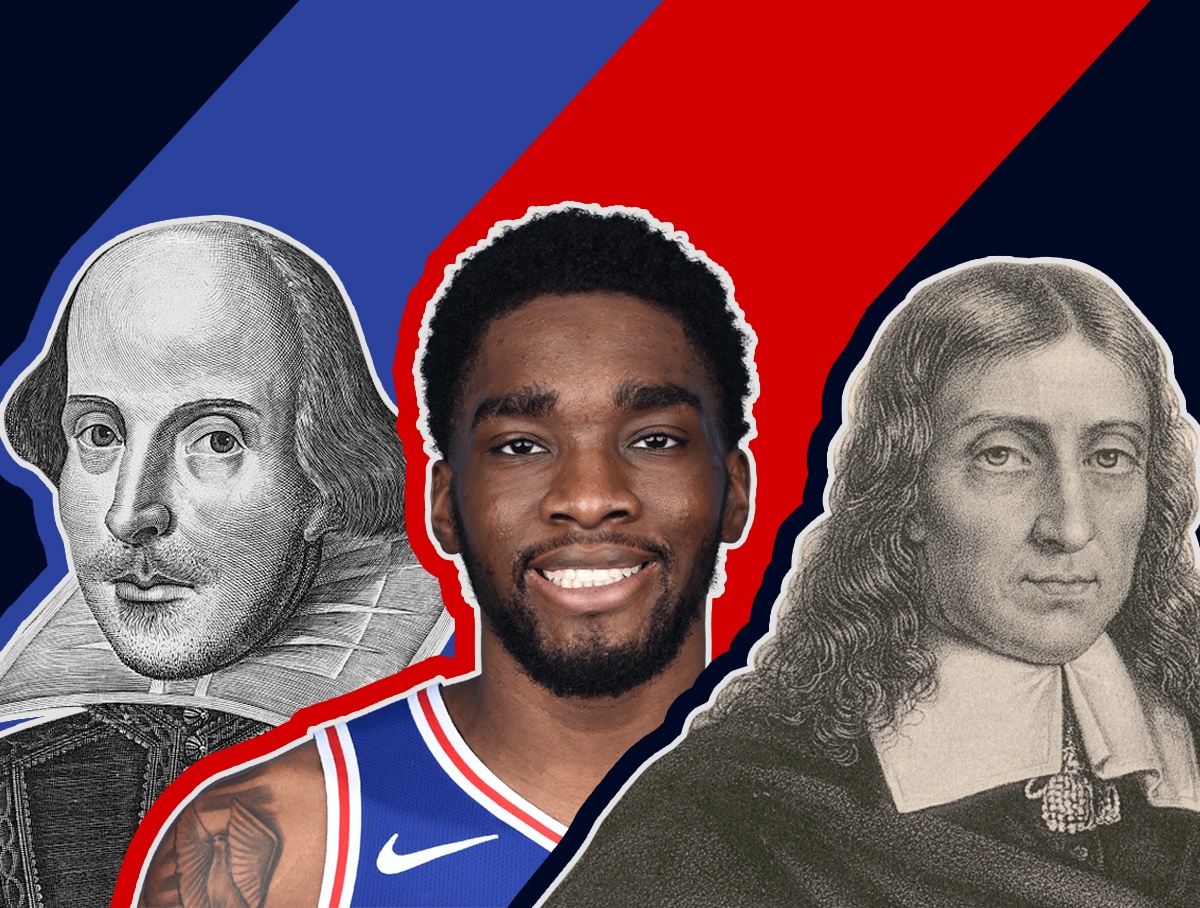 Philadelphia is home to many treasures - from rare artifacts and classic collections to our skilled sports stars.

The Rare Book Department has some true treasures within its collections, but perhaps one of its most special collections is the First Folio of William Shakespeare.

What is the “First Folio”? It contains the collected works of Shakespeare’s Comedies, Histories, and Tragedies, printed on larger-than-normal size paper for the time, which was a process usually only used for documents containing theology, history, and royal proclamations. Of the 750 First Folios that were originally printed in 1623, only 235 remain, and the Free Library’s is one of about 40 complete copies in the world!

Making it even rarer is that this treasured tome originally belonged to John Milton and contains notes in the margins from the poet himself!

And in a proof-positive anecdote that everything and everyone in the universe is somehow connected, the Philadelphia 76ers have a Point Guard named… Shake Milton!

This, of course, got your humble blog author thinking about a fun trivia game we could play...

Can you guess who said the following quotes: Shakespeare, Milton, or Shake Milton?

Post your guesses and answers in the comments! Highlight the area below each question to reveal the answer : )


Want to learn more about William Shakespeare, John Milton, or even about basketball? Browse our catalog for many more great books, ebooks, audiobooks, movies, music, and even podcasts about all of these topics!