When Frank Stephens, Jr., passed away in March at the age of 89, many mourned the loss of a friend and colleague. Others were hearing about Frank for the first time. And it was an opportunity for all of us at the Free Library to learn more about his important work and a legacy that has shaped our institution for decades.

Frank Stephens, Jr., began his career at the Free Library after graduating from the Philadelphia College of Art (now the University of the Arts) in 1961. He began his library work as an illustrator before assuming the role of exhibits manager in 1965, and, in 1990, arts and graphics administrator, posts that would make him the first Black manager in Free Library history. He also spent time as the acting public relations director and ended his career having brought to life more than 300 exhibitions across 40 years, making the Parkway Central Library a must-see destination in Philadelphia.

When we began to dig into our collections to learn more about his life, it became clear that Frank had touched just about every corner of the library. The Art Department has a research file* dedicated to him, while the Print and Picture Collection is home to some of his works, which were exhibited in a 2017 display at the Free Library. The Children's Literature Research Collection has a signed Frank Stephens, Jr., Vacation Reading Club poster, while the Free Library's archives hold bookmarks, brochures, catalogs, posters, and even a book bag he designed. A bibliography authored and illustrated by Frank remains in our catalog. 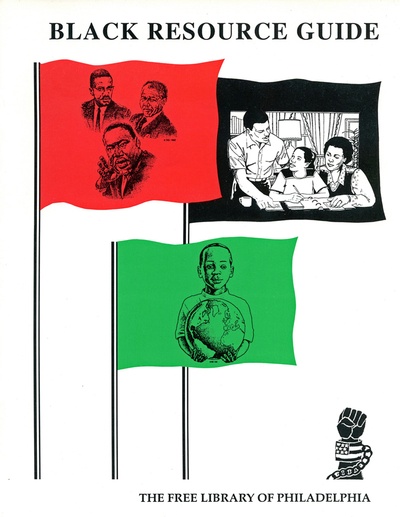 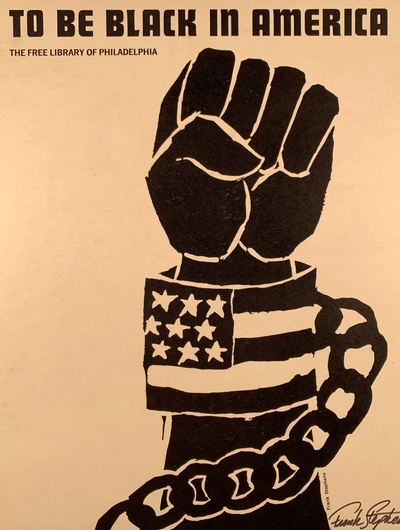 To Be Black in America, created for the Free Library, which features a Black fist clenched above a chain and an American flag shackle, later becoming a symbol of the ongoing civil rights movement

Frank's obituary in the Philadelphia Inquirer recalled his 1970 image To Be Black in America, created for the Free Library—which features a Black fist clenched above a chain and an American flag shackle, later becoming a symbol of the ongoing civil rights movement. 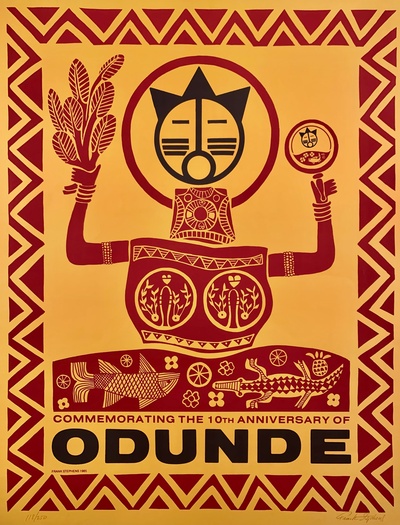 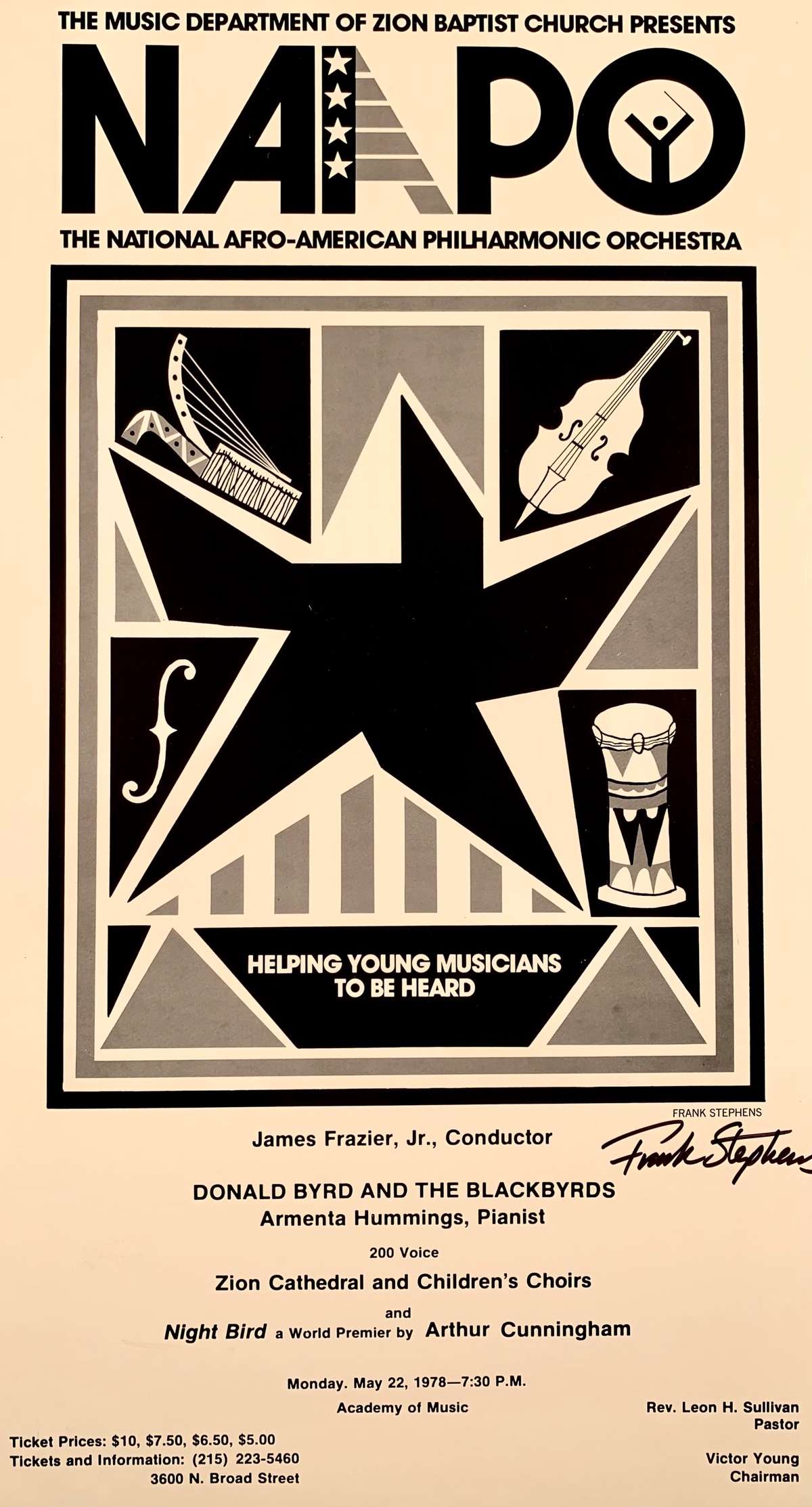 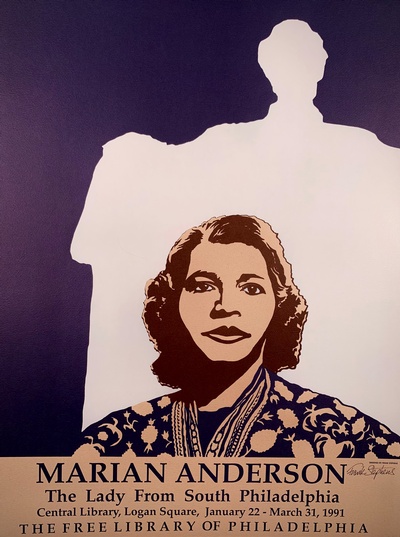 A look into our Print and Picture Collection yielded five signed posters and prints, including To Be Black in America as well as an image of legendary singer Marian Anderson, who hailed from South Philadelphia and with whom Frank worked as an artist and photographer during his career.

When Free Library staff searched the Art Department and pored over the research file dedicated to Frank, they found among other artifacts from his career an exhibit card from the exhibition "The Pride and the Prejudice," which ran from January 15–April 17, 1988 at the Free Library, a joint effort between the Print and Picture Department and the Charles L. Blockson Afro-American Collection at Temple University. Charles Blockson, whom Frank considered a mentor, is an American historian, author, and collector of materials related to the history and culture of African Americans, continental Africans, and the African diaspora. 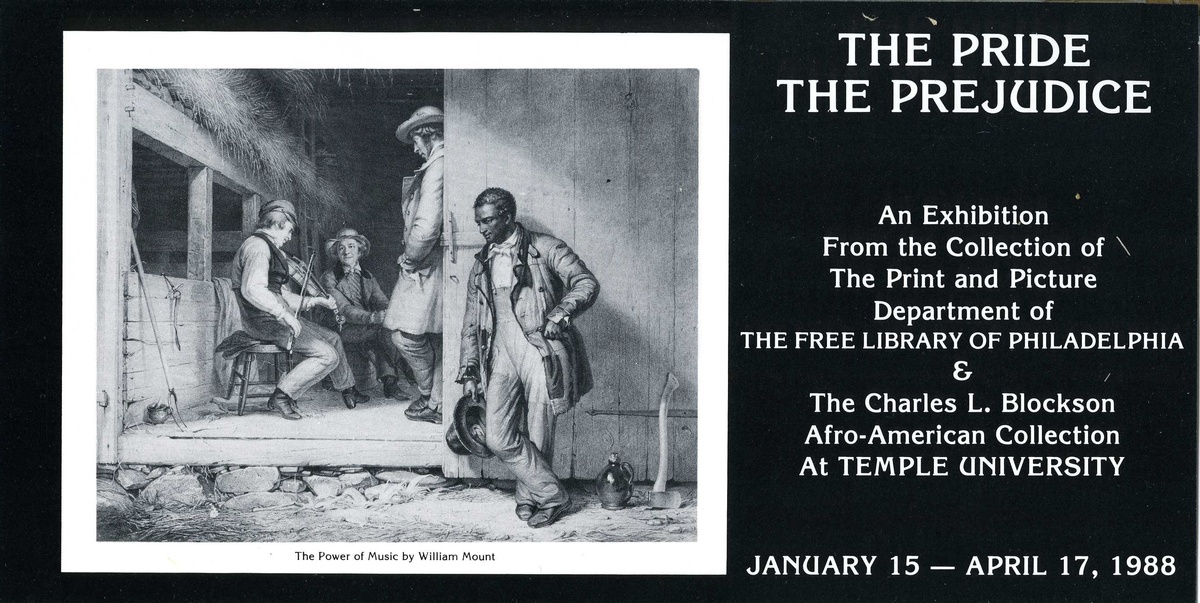 An exhibit card from the exhibition “The Pride and the Prejudice”

Today, the Blockson Collection contains a variety of work from Frank's career, including library documents as well as drawings, photographs, and his portfolio.

In April 2021, Frank was honored with a Resolution by Philadelphia City Council, celebrating his life and honoring an enduring legacy that elevated Black art and stories. 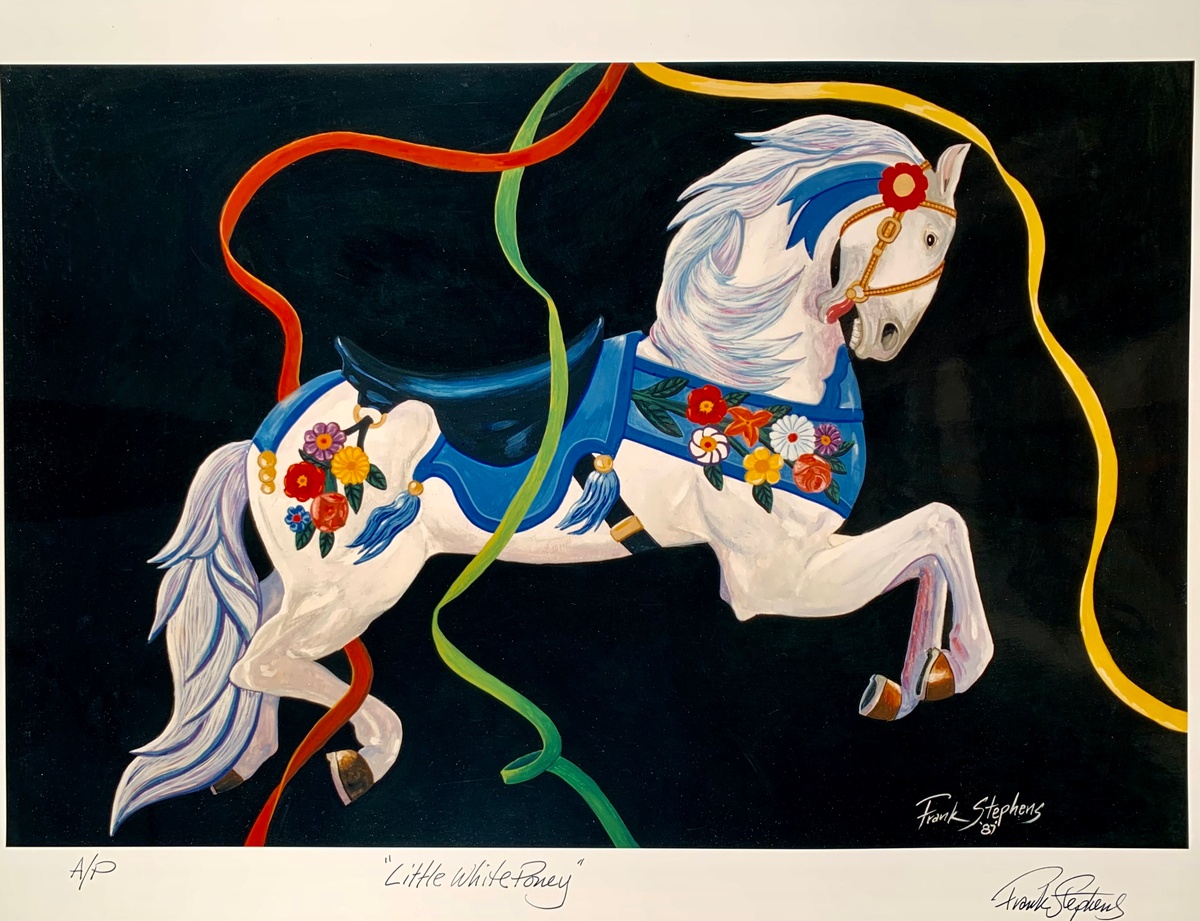 Lynn Washington, a long-time Graphics Department staff member who succeeded Frank as administrator before retiring in 2017, remembers meeting him the day she took her graphic design test for her first position with the library.

"We were each given an 11x17 piece of gridded cardboard, a sheet of tracing paper, colored pencils, and an eraser," Lynn said. "We had to design and prepare-for-print a poster for a library program about a Shakespearean play. Coming from a designer's perspective, I focused my design on the type and graphic elements that I considered represented Shakespeare, like a crown, ribbon, and scepter. As time ran out and I hadn't totally finished applying color to my design, I decided to do what Frank would later tell me clinched my No. 1 ranking on the test: I used the tracing paper as an overlay and wrote the print specifications on it."

She added that her father had inspired her to seek a City government job, having served as a firefighter in New York City, and felt it was the best avenue for Black Americans to make a decent living.

"Frank felt this way, too, and would eventually tell me that later in his career, when he could have been promoted into an executive position at the library, stayed in middle management because it allowed him to keep his union representation.

Frank was the best boss a graphic designer or illustrator could have. He was more like a teacher," Lynn said. "He respected each artist's individual talents, allowing us to do pretty much any design or illustration we wanted. We were only limited by the format and budget. He even suggested that we put our names on our projects, which was really unusual in commercial design, as you designed under the banner of the institution or company you worked for. Frank was more than a boss; he was my mentor, advisor, and friend. I will miss him." 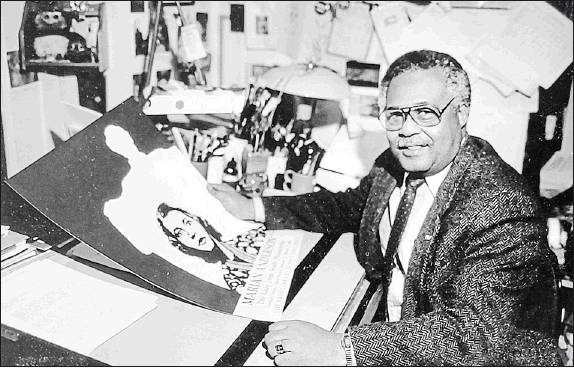 Image of Frank Stephens courtesy of his family

"In the wake of the passing of Frank Stephens Jr., it has been an honor to learn about his legacy and the impact he had at the Free Library, on younger artists, and the design profession," said Nathanael Roesch, the current administrator of the Library's graphic design department. "I've particularly loved looking at examples of his powerful, iconic illustration style, masterfully composed and marked by a rich use of gestural textures honed through years of artistic practice. There's a story that, early in his 30+ years with the Library, Frank was offered a job at one of the world's largest advertising firms but chose to keep his life and family in Philadelphia. For all those who were fortunate to be mentored by him and those of us who are inspired by his legacy, we are glad he chose to dedicate his talents to the City of Philadelphia and the patrons of the Free Library."

We know that what we have discovered so far likely only scratches the surface of Frank's work that lives on at the library, and we can't wait to learn more.

*The research file collection in the Free Library's Art Department (learn more with this Instagram hashtag) is a rich archival resource containing materials of thousands of individual artists and local arts organizations, many yet to receive deserved recognition. They are ripe for exploration by researchers and anyone looking to discover unsung Philadelphia artists. The Art Department is also working to complete a finding aid, which will be available on the Free Library's website, which will make information on artists like Frank Stephens even more accessible to the public.

3 Comments | Add a Comment
An icon! Thank you for telling his story.
Jamie B - Philadelphia
Thank you for highlighting Mr Stephens excellence and his many contributions to library patrons .Peculiar that as a branch of government it was only in the 1990s that Mr Stephens as African American was properly elevated into an administrative position. Hopefully the library has continued to offer a work place properly recognizing and recruiting African Americans as valuable and fully competent staff. Informative to learn the library is /can be a satisfying workplace which offers support and elevation of artists .
freida williams - oak lane
Frank was my brother-in-law and encouraged my daughter to paint , He collected Owls and my daughter painted a cologue of Owls for him. Truly a Icon
Fran A. - Aiken SC