What does summer time make you think of? There are as many responses to that question as there are fireflies on a drowsy summer evening, but one of the first things I think of when it comes to summer is… PIE!

Sweet pies made with blueberries, raspberries, or apple; savory pies made with meats and cheeses—all delicious. And pie isn’t just an American taste, as cultures around the world hold a special place for them. They may go by different names: paneer, empanada, stargazy, sfiha. They may be the main dish or dessert, or on the side, but they are all loved the same, where ever you find them.

I can’t promise you’ll find an actual pie at the library, but here are some middle grade titles featuring that beloved summer time treat. 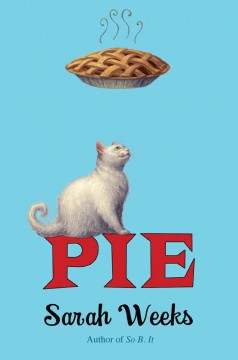 Pie by Sarah Weeks
Alice’s Aunt Polly had won the Blueberry Medal, "the most coveted award in the field of pie baking," an unprecedented 13 times. After Polly’s death, Alice inherits her aunt’s grumpy, obese cat. When he disappears and Polly’s shop is ransacked, Alice and her dependable pal Charlie attempt to solve the mystery. Set in 1955, the story captures the spirit of a simpler, more innocent time, showing that happiness arises from using one’s talents well. This chapter book is a real charmer with delicious-looking pie recipes opening every chapter! 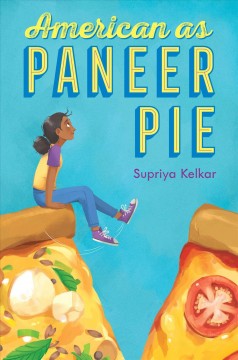 As American as Paneer Pie by Supriya Kelkar
Eleven-year-old Lekha doesn’t think she has a lot going for her, especially not when being Indian in her part of Detroit feels unsafe and when there’s a bindi birthmark on her forehead begging to be used as a marker for ignorant remarks. When Avantika, another Indian girl Lekha’s age, moves into the neighborhood with her family, Lekha feels burdened with having to befriend her. Nonetheless, Avantika brings out the best in Lekha, and Lekha’s evolution, though slow, is as sweet as burfi. 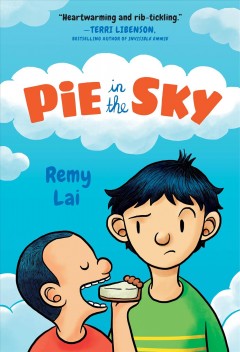 Pie In The Sky by Remy Lai
A boy struggles to come to terms with his father’s death and his new life. Back home, Jingwen’s family ran a pie and cake shop. Now living in Australia, Jingwen struggles to understand his classmates and teachers. Worse, his annoying little brother, Yanghao, seems to be learning English and making friends with no trouble at all. Jingwen’s refuge is secretly baking. Even though Jingwen deals with heavy burdens, his story also contains plenty of humor. An emotional tale about loss and letting go, comedy and baking cake. 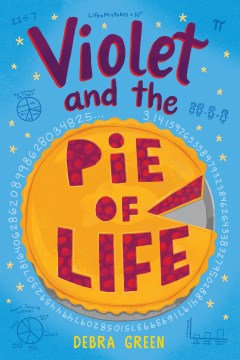 Violet and the Pie of Life by Debra Green
Though Violet is a bit of a math nerd, when it comes to figuring out real-life problems, she’s stuck. The author transforms Violet’s all-too-real challenges into opportunities for her to grow and better understand the world around her when things aren’t as clear-cut as her favorite school subject. Readers will appreciate the realistic reflection of life as a 12-year-old and the author doesn’t shy away from Violet’s own shortcomings, making her all the more sympathetic and relatable. 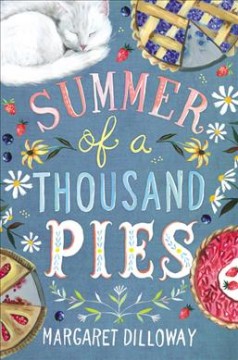 Summer of a Thousand Pies by Margaret Dilloway
Cady is taken out of her father’s custody after he shows up drunk and disorderly at a school meeting. She’s been in foster care before, so she knows what to expect. What she doesn’t expect is for her estranged aunt Shell to appear and take her in, as Cady’s father always claimed Shell didn’t want anything to do with them. Shell and her partner, Suzanne, become the family Cady has always needed. Over the course of a summer, she befriends members of their small town and helps Shell save her struggling pie shop. An inspiring and hopeful story…  with Cady’s pie recipes included! 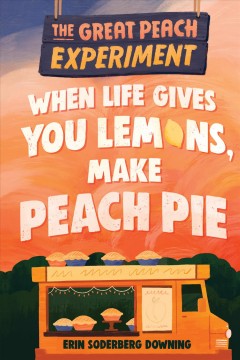 When Life Gives You Lemons, Make Peach Pie by Erin Downing
When the three Peach kids and their dad discover that their late mother's invention has made them millionaires, they plan a summer excursion: traveling the Midwest in a food truck, selling pies, and hopefully winning the food truck competition. The author presents a sweet story of a family's attempt at coping with an enormous loss. Many, many mishaps and adventures follow the Peaches through their Midwest foray. On occasion, the plot twists veer to the delightfully quirky, and the whole tale is both original and authentic, bittersweet and uplifting. Readers looking for a pleasing family-themed outing may appreciate the flavor of the Peaches.

What are some of your summer time favs—whether food, fun, or fantasies? Share your thoughts in the comments.... and enjoy your summer! 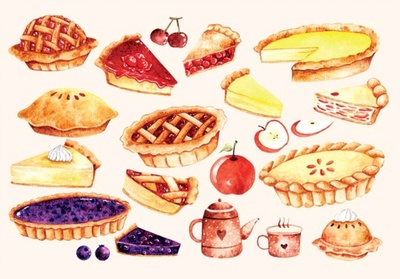 Sweet or savory—all pies are delicious!
Add a Comment