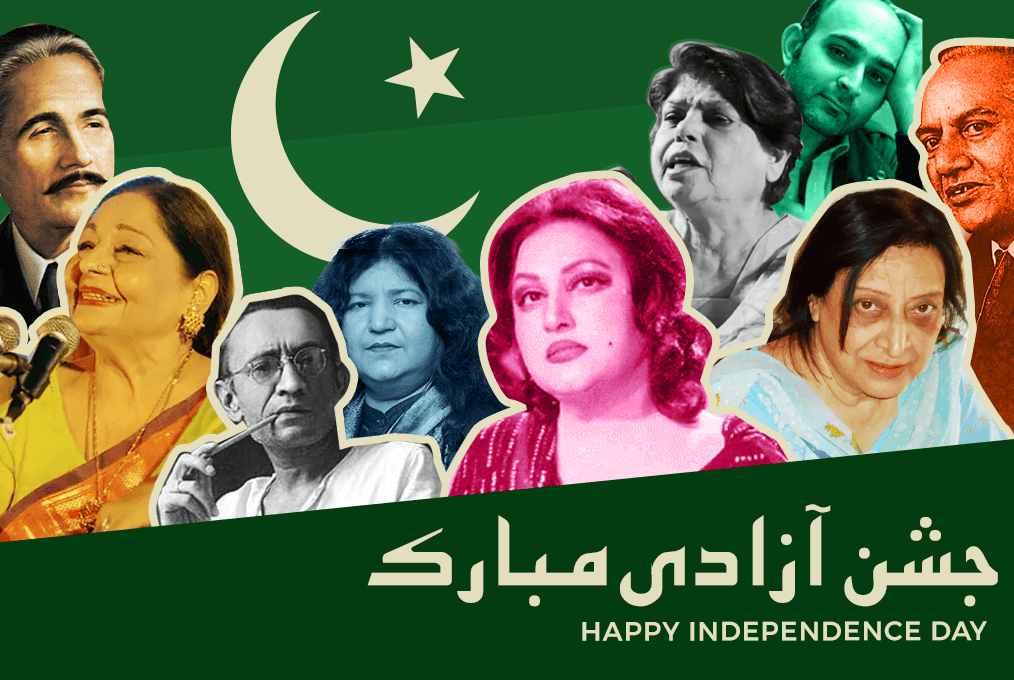 This past Saturday, August 14, was Pakistan’s Independence Day. Formed in 1947, Pakistan celebrated 74 years of its independence and freedom from British colonialism and the formation of Pakistan as a new country.

Pakistan is a country of many different cultures and traditions. There are people of various religious faiths like Muslims, Hindus, Sikhs, and Christians, among many others. There are also people who speak different languages like Punjabi, Gujrati, Sindhi, Urdu, Pashto, Hindi, Bengali, Balochi, Saraiki, and more. Pakistan’s Independence Day is a time of celebrating shared national identity strengthened through Pakistan’s cultural diversity.

August 14 is also a day to reflect on the violence of Partition that happened as Pakistan and India became two separate, independent nations. Partition between Pakistan, originally composed of West Pakistan (present-day Pakistan) and East Pakistan (present-day Bangladesh), and India was a time of mass migration, violence, and trauma. Partition displaced nearly 15 million people and killed more than one million people.

In honor of Pakistan’s Independence Day, I invite all of us to learn more about Pakistan, its history, and its cultures. Listed below are some of the incredible Pakistani poetry, music, and literature you can access through the Free Library's catalog. 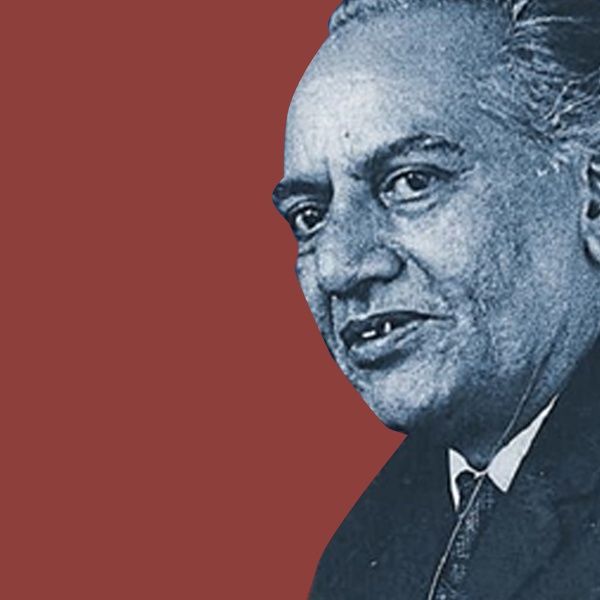 Faiz Ahmed Faiz is a renowned Urdu poet born in Sialkot. Faiz was often persecuted for his political views. A progressive poet who wrote in the traditional Urdu form of ghazal, Faiz wrote against the bloodshed he witnessed occurring across India, Pakistan, and what eventually became Bangladesh. Imprisoned in 1951 under the Pakistan Safety Order Act, Faiz wrote two poetry collections titled Dast-e-Saba and Zindan Namah during his time in jail. Celebrated even today, you can read these selected poems from Faiz in the original Urdu, as well as English translations. 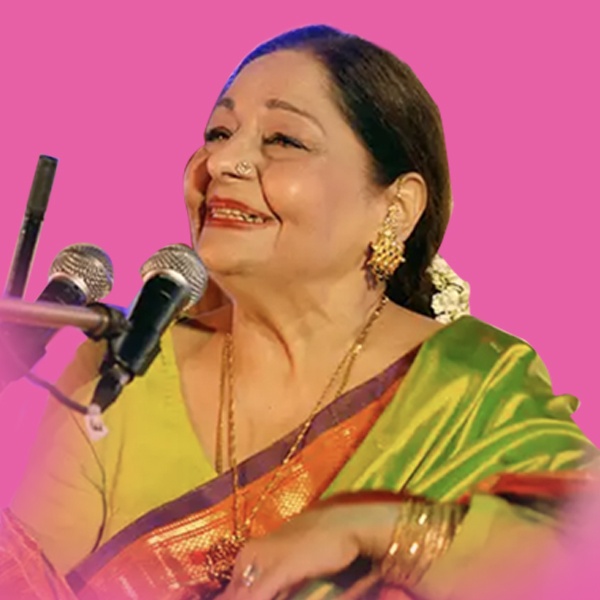 Farida Khanum, known to many as Mallika-e-Ghazal (or the Queen of Ghazal), is a beloved and celebrated singer. Trained in the genres of Khayal, Thumri, and Dadra, Khanum is known for her extensive range and the expressiveness in her voice. Khanum has been especially popular for her rendition of Fayyaz Hashmi’s geet “Aaj Jane Ki Zid Na Karo,” (turn on the captions to view the English translation) which means, “Don’t Insist on Departing Tonight.”

You can listen to her performance on the following CD with songs from other famous singers too, including Abida Parveen and Noor Jehan.

Fun Fact: Farida Khanum is contemporary Pakistani singer Ali Sethi’s music teacher. Along with singing in the traditional ghazal and qawwali forms, as well as other musical traditions, Ali Sethi is a writer. You can find his novel The Wish Maker in our catalog. 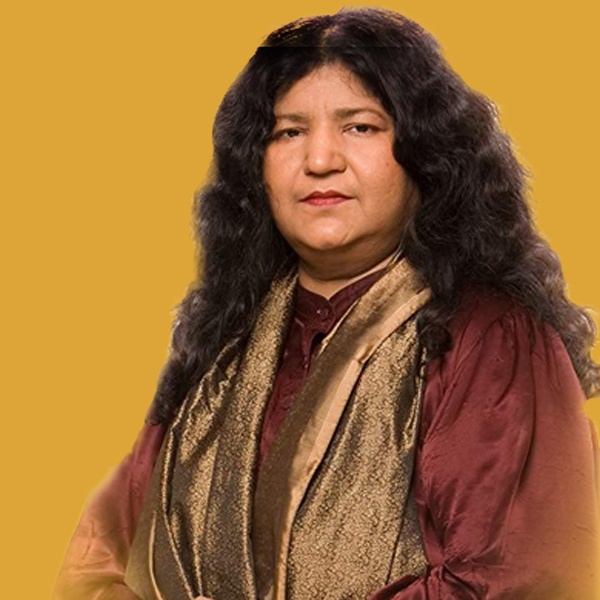 On the following CD compilation, Abida Parveen recites "Mahi Yaar Di Gharoli," a song with the repeating chorus of "mahi yaar di gharoli bhardee," which means "I have filled myself with love for my beloved." Trained by her father Ustad Ghulam Haider and by Ustad Salamat Ali Khan, Abida Parveen comes from a family of Sufi singers and is known for performing ghazals and qawwalis in Urdu, Hindi, Punjabi, and Saraiki, among other languages. I also recommend listening to "Tere Ishq Nachaaya," which means "Your Love has Made me Dance," on this Sufi Music CD compilation. 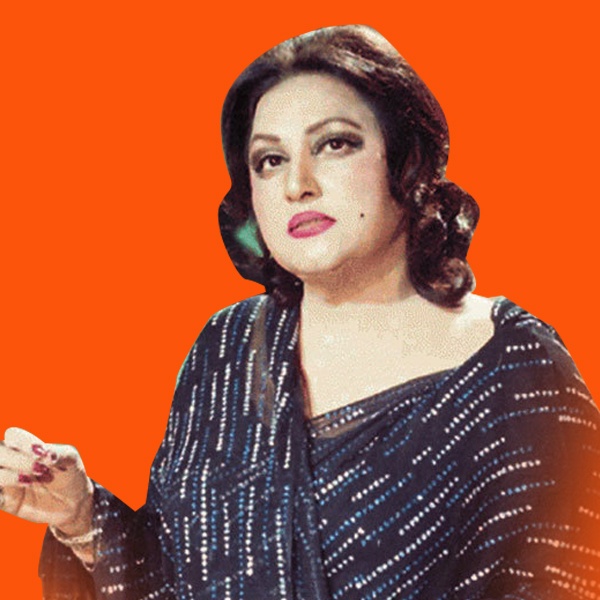 Noor Jehan was a singer and actress that appeared in numerous Pakistani films and sang popular songs in Urdu and Punjabi. Titled Mallika-e-Tarannum, the Queen of Melody, Noor Jehan has performed Faiz Ahmed Faiz’s nazm titled "Mujh Se Pehli Si Mohabbat," which has remained popular throughout the decades. Noor Jehan’s rendition of "Jis Din Se Piya" is also available on a CD compilation with Abida Parveen and Farida Khanum’s performances.

Fun Fact: One of my favorite Noor Jehan songs is "Sanu Nair Wale Pul Te Bhula Ke." The Sachal Jazz Ensemble, which is made up of prominent Pakistani musicians from Lahore, performed a Jazz rendition of the song in collaboration with Wynton Marsalis. You can learn more about the members of the Sachal Jazz Ensemble from Song of Lahore, a music documentary created by Pakistani filmmaker Sharmeen Obaid-Chinoy.

For more recommendations available in our catalog, you can listen to Nusrat Fateh Ali Khan’s performance in Live at the Womad, 1985 or the Sabri Brothers’ Qawwali Sufi Music. 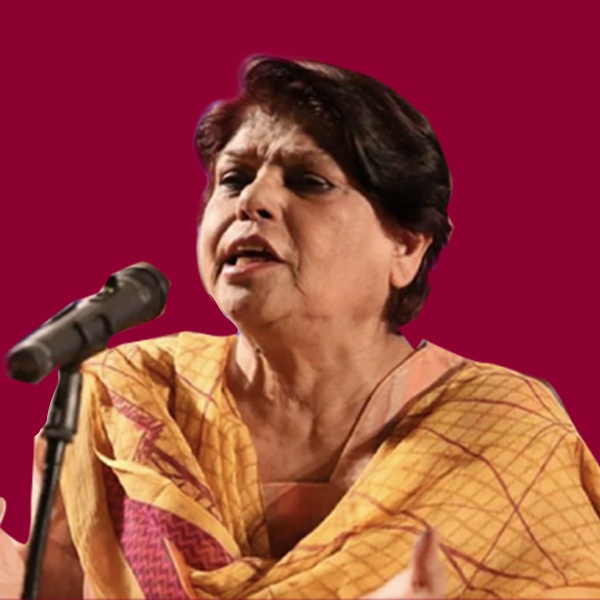 Kishwar Naheed is a feminist poet celebrated for her Urdu poetry. Born in Uttar Pradesh in 1940, Naheed and her family moved to Lahore in 1947 during Partition. One of her most famous poems, "We Sinful Women", inspired the creation of an Urdu Feminist Poetry Anthology of the same name, translated and edited by Rukhsana Ahmad.

Naheed writes in "We Sinful Women":

"It is we sinful women

who come out raising the banner of truth

up against barricades of lies on the highway

who find stories of persecution piled on each threshold

who find the tongues which could speak have been severed"

In her collection The Distance of a Shout, you can find an expanded collection of Naheed’s poetry, as well as 10 additional poems. 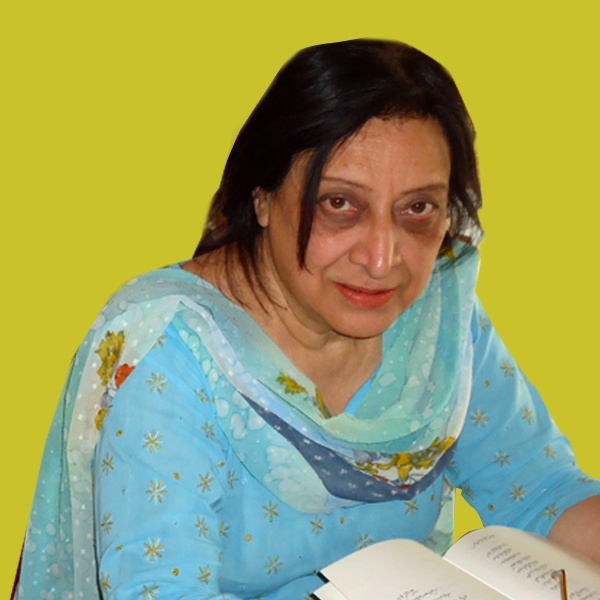 Fahmida Riaz was born in 1945 in Uttar Pradesh, like Kishwar Naheed. Riaz was the editor and publisher of the magazine Awaaz, which means "voice," and handled 14 cases of sedition filed against the magazine. Riaz was criticized for her progressive and anti-establishment views which she often shared in her literary works.

In her poem "Search Warrant," Riaz writes about her frustration with the constant searches and investigations that she had to handle:

O passing moment! I swear by your desecrated honor

Red is the dust around my house

Beyond this window blooms a red flower.

All these tribulations I endure

over a book buried in my past?

Look beyond the curtains instead

At the dreams my future holds!”

Four Walls and a Black Veil features a selection of Riaz's poetry. The collection begins with Riaz’s childhood and explores her emotional and intellectual growth into adulthood. 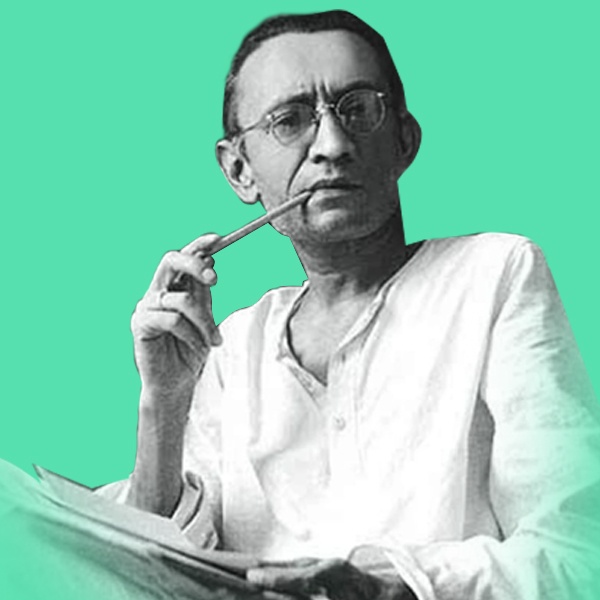 Born in 1912 in Punjab, Saadat Hasan Manto is one of the most controversial fiction writers of his time. Writing short stories that often shocked his readers, he created space for people to better understand and empathize with those often ignored in public society, while encouraging his readers to grapple with moral dilemmas. Manto moved to Bombay in 1935, but eventually left for Pakistan following the violence of Partition. One of his most known stories about the violence of Partition is "Toba Tek Singh." Manto died in 1955 in the city of Lahore. You can find 14 of Manto’s stories in Bombay Stories.

Fun Fact: Saadat Hasan Manto was featured as a Google Doodle for his 108th birthday on May 11, 2020. 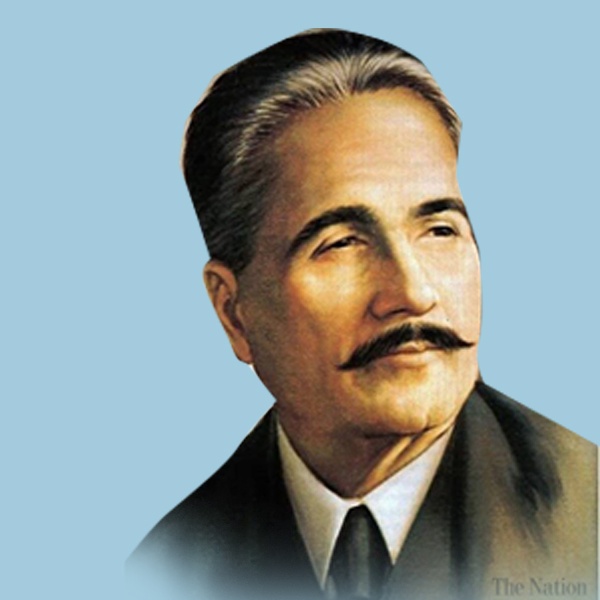 Sir Muhammad Iqbal, who is referred to with the honorific title "Allama" for his extensive knowledge as a poet and philosopher, had a critical role in inspiring the creation of Pakistan. Born in Sialkot like poet Faiz Ahmed Faiz, some of Iqbal’s most influential poems include "Shikwah" ("The Complaint") and "Jawāb-e Shikwah" ("Answer to the Complaint"). Iqbal presents his philosophical framework in his book The Reconstruction of Religious Thought in Islam. You can learn more about Iqbal by also reading the following selection of his speeches and statements. 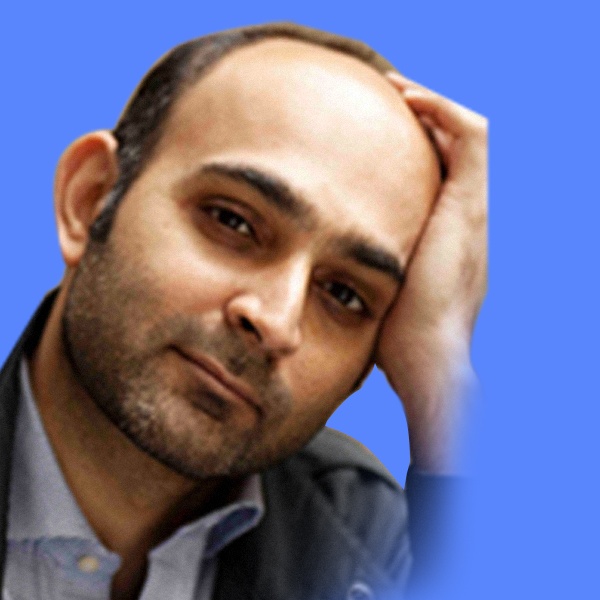 Mohsin Hamid was born in Lahore, Pakistan, and moved to the U.S. at the age of 18. Hamid wrote his second novel titled The Reluctant Fundamentalist about Changez, a Pakistani who quit his prestigious job and left his romantic relationship in New York to return to Pakistan. The Reluctant Fundamentalist also explores the experiences of Pakistanis after the 9/11 attacks and the subsequent rise in Islamophobia.

Fun Fact: British Pakistani rapper and actor Riz Ahmed stars as Changez alongside Pakistani singer Meesha Shafi, who debuted as an actor in the film adaptation of The Reluctant Fundamentalist, which was directed by filmmaker Mira Nair. You can also find Meesha Shafi’s performance in the Indian Hindi film Bhaag Milkha Bhaag. You can find Riz Ahmed’s music in The Hamilton Mixtape, and enjoy his other film credits like Four Lions, Nightcrawler, and Trishna, along with his performance in the HBO limited series The Night Of—all available from our catalog.

Do you have any other Pakistani poetry, music, or literature recommendations? Share it with us in the comments below!

3 Comments | Add a Comment
Nice keep it up
Khalil Vayani - karachi
It's amazing to read about the culture of Pakistan in nick of time. We are not having physical war but a media war, therefore, I think we must appreciate current time artists as well since they are doing great job and hardwork in today's media war.
Zainish Surani - Karachi, Pakistan
Thank you for this article. I've added books and films to my lists. Learning about each other is the best way to promote peace.
Allison Kelsey - Philadelphia