What Do You Know About Bollywood? | International Bollywood Day 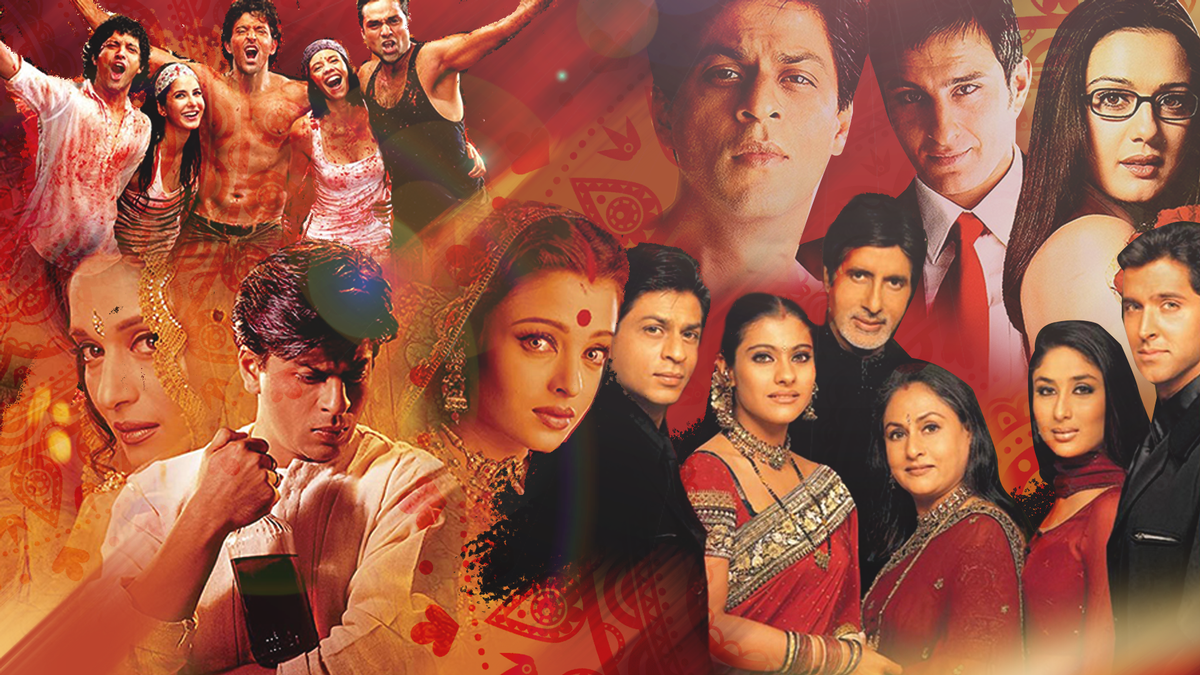 You can find many Bollywood films in the Free Library catalog!

So... what exactly is Bollywood? Depending on who you ask, each person defines it differently. 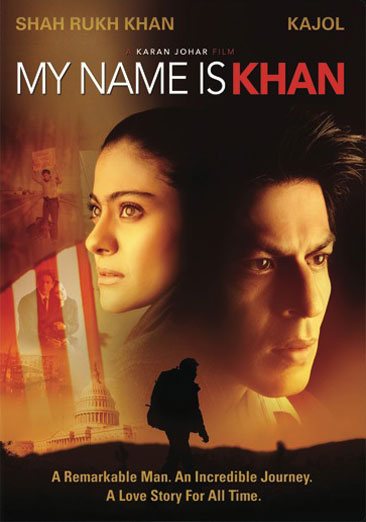 In the film My Name Is Khan, an Indian man embarks on a remarkable journey across America to win back the love of his life.

Bollywood is a combination of the words Hollywood and Bombay, the former name of the city of Mumbai in India. Many consider Mumbai to be the epicenter of the Hindi film industry.

One of the primary features of Bollywood films are the songs and dances. Music directors collaborate with lyricists and playback singers to produce a soundtrack for the film. Then, choreographers work with the actors and large dancing companies to create dance pieces.

Bollywood also tends to operate as a fraternity. Oftentimes the same collection of writers, actors, directors, producers, playback singers, lyricists, music directors, choreographers, and designers are involved in the production of the films. Additionally, many within the industry offer repeated opportunities to their own children and family members. This is why it’s very difficult for newer talent, many of whom may not have connections, to enter into the industry. These realities make Bollywood a film industry known for its exclusivity and nepotism. 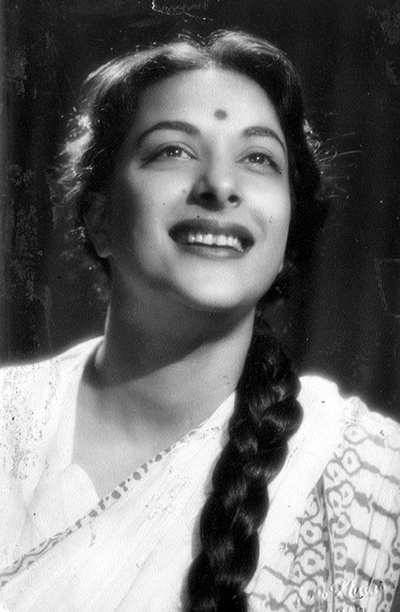 The answer lies in understanding what Bollywood films tend to be about, which usually focus on storylines with characters that are mostly wealthy or at least financially secure. Not many Bollywood films focus on the stories of financially insecure individuals and the struggles of the "common person." While this isn’t always true, it is a genuine trend. In the past, many more Hindi films focused on the lived experiences of the "everyday person."

Bollywood films are also marked by the era of globalization. As economic trade increased throughout the world, more Hindi films were subtitled and dubbed so that non-Indian and non-Hindi speaking audiences could enjoy them. This has led to the widespread commercialization and success of Bollywood films. With this global appeal, Bollywood films offer stories not just relevant to Indians living within India, but also to Indians in the diaspora, living in countries all over the world with movies like My Name is Khan and Swades.

Using Karan Johar’s filmmaking as the foundation for defining what a Bollywood film is, I use Karan Johar’s debut as a director with the film Kuch Kuch Hota Hai as the starting point of Bollywood—the year 1998.

Many would disagree with me!
This is but one framework to understand and explain Bollywood. Many would question why I use Karan Johar as the starting point for Bollywood. Many would claim that films like Shree 420 with classic songs like "Pyar Hua Ikraar Hua" starring Raj Kapoor and Nargis produced in 1955 or Umrao Jaan starring Rekha with songs like "Dil Cheez Kya Hai" and "In Ankhon Ki Masti" produced in 1981 are part of the Bollywood film industry. Then again, many would say that this framework doesn’t account for historical films.

These are all very important questions and critiques of this single framework. Bollywood cannot be defined in a simple, clear, one-dimensional way. There are lots of different parts of Bollywood that are unique that cannot always be explained. I offer this framework, even though I, myself, contradict it sometimes, because it’s a helpful tool to better engage with Bollywood as a film industry with its own history, defining qualities, and cultural impact.

Is it helpful to even use the term "Bollywood"?
Many actors, directors, and artists in the film industry do not like the term "Bollywood." Part of this legacy is also colonialism where many European and U.S. critics and industry members have used Bollywood to judge and reduce these films as a bad remake of Hollywood films. For these artists, Bollywood is a negative word that prevents people from understanding the substantial history of their film industries and encourages viewers to engage with an incomplete understanding of the film’s artistic goals. As a result, the term Bollywood can minimize the film industry’s artistic creations.

Some companies have even sold "Bollywood flavored" food items using two stereotypes, 1) that Bollywood somehow represents all of India and 2) that Indian cuisine is inherently spicy, to justify describing spicy food items that are semi-related to Indian cuisine as having a “Bollywood flavor." This has left many confused and angry at the misrepresentation of their work.

Again, a very valid point! These are important questions that challenge us to think about whether Bollywood is a helpful term to even use anymore. 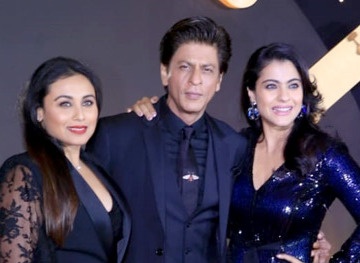 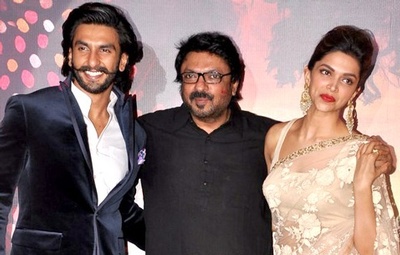 With all these criticisms about using the term "Bollywood" and disagreements about how to define the Bollywood film industry, why celebrate International Bollywood Day?
We celebrate Bollywood while understanding its many problems and inconsistencies. By learning more about these conflicting realities, many are continuing their efforts to better understand what "Bollywood" even is.

The celebration of Bollywood films continues because these films matter a lot to a lot of people and they love them. For many, Bollywood films are not just pure entertainment; these films’ influence continues even after their initial release. For Bollywood lovers around the world, Bollywood songs make appearances at various social events from weddings, birthdays, and parties—throughout their lifetime! Many watch Bollywood movies over and over again.

It’s through these films that people reflect upon family dynamics, love, tragedy, and find inspiration to pursue their dreams. The feeling of watching one’s favorite actors on the large screen presenting an epic story where they overcome challenges can be a defining and memorable experience for many viewers. Sometimes these films help confront societal problems and inequities and encourage fans to think more about how they can help achieve justice.

With all its limitations, critiques, misunderstandings, and problems, Bollywood has come to represent such an important way of approaching one’s own life. Whether it's artistry, music, or storytelling, we celebrate International Bollywood Day to honor the films that continue to matter to so many.

In celebration of International Bollywood Day, I’ve compiled a list of ten films that you can find through the Free Library's catalog. 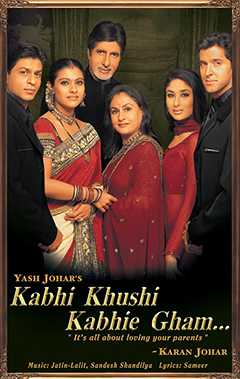 Kabhi Khushi Kabhie Gham (2001)
Rahul marries the love of his life, Anjali, going against his father’s demands. After being disowned, Rahul moves to London with his family. Years later, his younger brother, Rohan, decides to reunite the family. 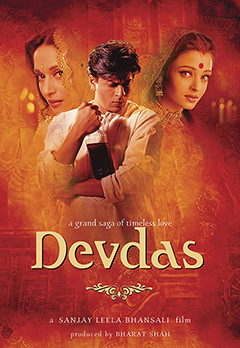 Devdas (2002)
Based on Saratchandra Chattopadhyay’s novel of the same name, Devdas loves his childhood friend Paro. When Devdas’s family stops him from marrying Paro, Devdas leaves her. Devdas does not recover and tries to find comfort from the heartbreak as Paro moves on and marries another. 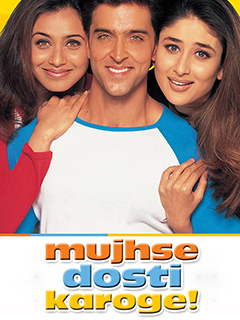 Mujhse Dosti Karoge! (2002)
After moving to London, Raj regularly emails his childhood friend Tina, or so he thinks. Unaware of Pooja’s love for him, Raj proposes to Tina only to learn that it has been Pooja that he’s stayed connected to throughout the years. Pooja and Raj try to find a way to be together. The question is: will they succeed? 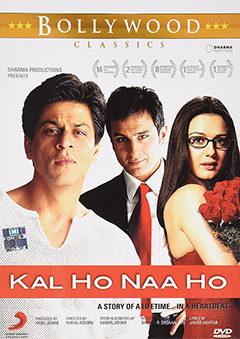 Kal Ho Na Ho (2003)
Naina loves Aman. Aman loves Naina. Rohit loves Naina. When something stops Aman from declaring his love for Naina, he decides to help Rohit express his true feelings to Naina. This is a love story that also is about a family’s struggles to overcome their differences. 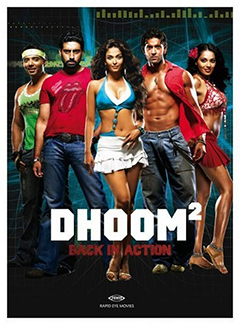 Dhoom 2: Back in Action (2006)
Inspector Jai Dixit and Ali are trying to find Mr. A, a thief that is stealing priceless artifacts. Secret identities, undercover agents, and many international crimes later, Inspector Dixit is still trying to figure out if he will ever be able to hold Mr. A accountable for his thefts. 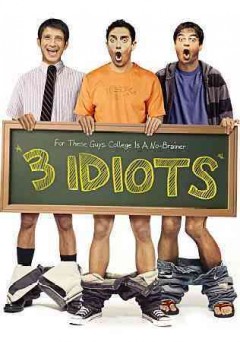 3 Idiots (2009)
Farhan and Raju begin their search for their college friend, Rancho. Through their journey, they remember their college experiences of struggling at an elite engineering institution. Revealing the unfair demands of the education system, these three students learn to think in new ways, for themselves. 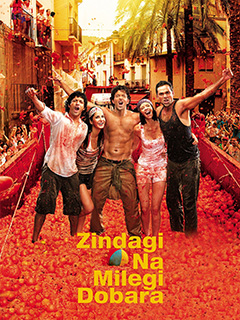 Zindagi na Milegi Dobara (2011)
For Kabir’s bachelor party, his friends Imran and Arjun join him for a three-week trip across Spain. Each chooses a surprise activity for the other two. At each stop, these three friends grow closer together, leading some to make life-changing decisions. 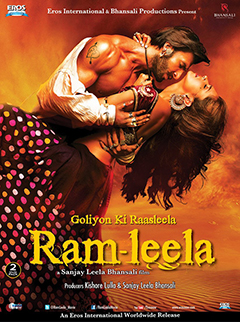 Goliyon Ki Raasleela Ram-leela (2013)
Adapted from William Shakespeare’s Romeo and Juliet, this film is a tragic love story between two families at odds with each other. Ram and Leela know for certain that they are each other’s soulmates. Lust, love, and then tragedy follow these lovers. 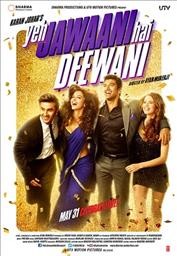 Yeh Jawaani Hai Deewani (2013)
Wanting a break, Naina goes on a trekking trip. There, she meets Kabir, Avi, and Aditi and slowly becomes friends with them. Before Naina can share her true feelings with Kabir, he leaves and Aditi still hopes that Avi loves her like she loves him. Years later, these friends meet again and find themselves confronting all the questions from their past. 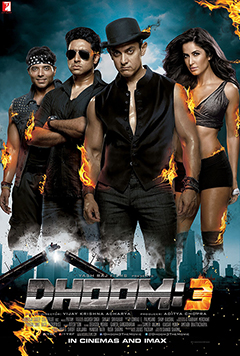 Dhoom 3 (2013)
When his dad has to close "The Great Indian Circus" because he cannot repay his loans, Sahir is determined to take revenge. Using his abilities as a renowned magician, Sahir begins stealing money from banks. Inspector Jai Dixit is once again trying to stop a thief.