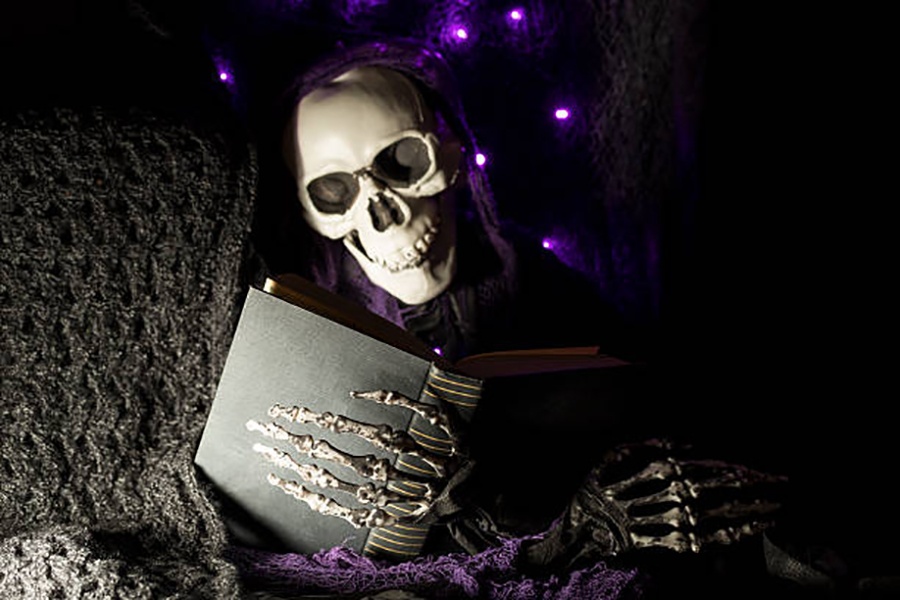 These scary stories will chill you to the bone!

So much great horror fiction has been hitting our stacks, here are some of my current favorites. 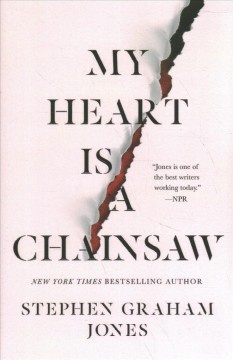 My Heart Is a Chainsaw by Stephen Graham Jones
Are you a fan of the “slasher” sub-genre of scary movies (Halloween, Friday the 13th, Scream, etc)? Is the “Final Girl” your favorite horror movie trope? Looking for a novel that is filled with jolting scares, mystery, and memorable characters that jump off the page? If so, then this heartfelt chiller is for you, from the Jordan Peele of horror literature, Stephen Graham Jones! In her quickly gentrifying rural lake town, Jade sees recent events that mirror her encyclopedic knowledge of horror films. On the surface is a story of murder in small-town America, but beneath is a biting critique of American colonialism, Indigenous displacement, and gentrification. 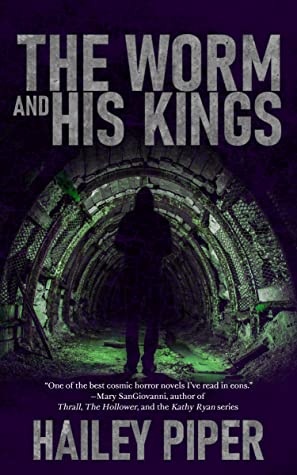 The Worm and His Kings by Hailey Piper
Ready to traverse the narrow underground tunnels below New York CIty? Do you like your scares laced with a cosmic sense of dread? This tightly paced story with a gritty atmospheric sense of place takes the reader on a dark journey that should be read with the lights on. Monique's girlfriend Donna vanishes without a trace. Only after the disappearances of several other impoverished women does Monique hear the rumors of a taloned monster stalking the city's underground and snatching victims into the dark. To save the woman she loves, Monique must descend deeper than the known underground, into a subterranean world of enigmatic cultists and shadowy creatures. What she finds looms beyond her wildest fears—a darkness that stretches from the dawn of time and across the stars. 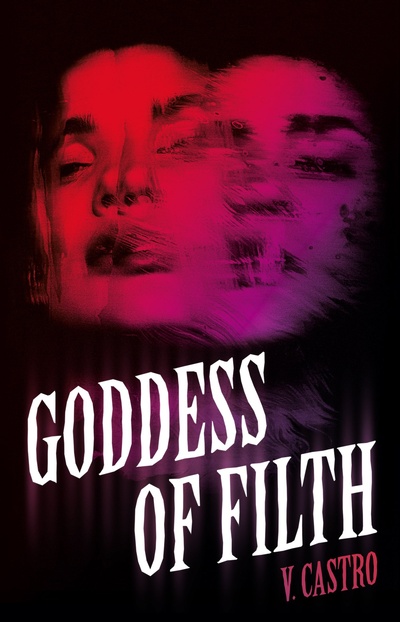 Goddess of Filth by V. Castro
Looking for a unique tale of supernatural possession that isn't another riff on The Exorcist? Kicking off with a seance held by five friends, this wonderfully strange and creepy novella twists and turns into your brain. The séance is all fun and games at first, but their tipsy laughter turns to terror when the flames burn straight through their prayer candles and Fernanda starts crawling toward her friends and chanting in Nahuatl, the language of their Aztec ancestors. Over the next few weeks, shy, modest Fernanda starts acting... strangely. The local priest is convinced it's a demon, but Lourdes begins to suspect it's something else—something far more ancient and powerful. As much a story of female empowerment as it is an immersion into the dark fantastic, this is one story you’ll not soon forget! 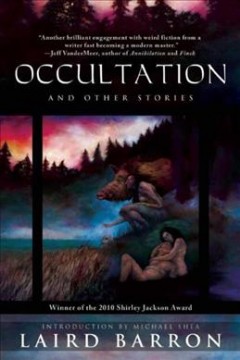 Occultation and Other Stories by Laird Barron
What if you found an old leather-bound guidebook in a musty antique shop, crammed with arcane symbols and esoteric maps to strange ruins or sites known for their access to occult forces? Time for a hiking trip? Laird Barron’s second short story collection is filled with sinister woodland dread, cosmic horrors, and chilling possibilities that linger beyond each tale’s end.

Looking for more short-form scares from multiple authors? Here are some excellent anthologies that deliver the goods! 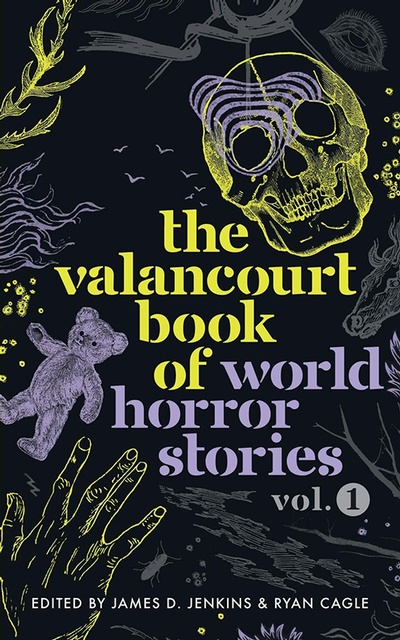 The Valancourt Book of World Horror Stories: Volume One
What if there were a whole world of great horror fiction out there you didn't know anything about, written by authors in distant lands and in foreign languages? For this groundbreaking volume, the first of its kind, the editors of Valancourt Books have scoured the world, reading horror stories from dozens of countries in nearly twenty languages to find some of the best contemporary international horror stories. All the foreign-language stories in this book appear here in English for the first time, while the English-language entries from countries like the Philippines are appearing in print in the U.S. for the first time. 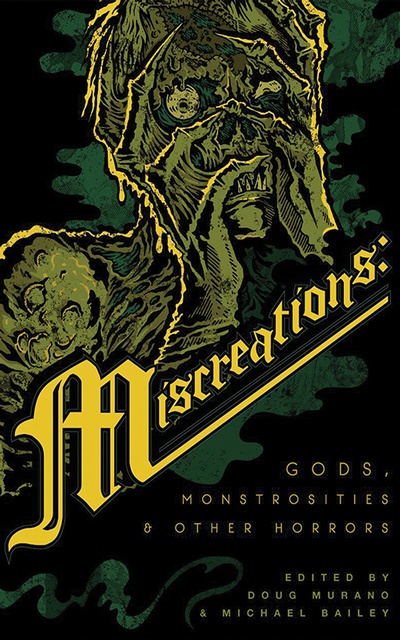 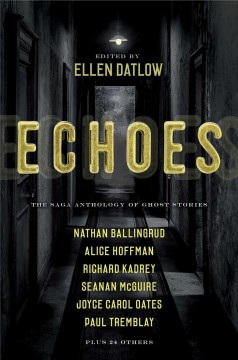 Echoes: The Saga Anthology of Ghost Stories
This is an essential collection of beloved ghost stories, including award-winning, bestselling authors such as Joyce Carol Oates, Alice Hoffman, Seanan McGuire, and Paul Tremblay. Everyone loves a good ghost story, especially Ellen Datlow—the most lauded editor in short works of supernatural suspense and dark fantasy. These twenty-nine stories span from the traditional to the eclectic, from the mainstream to the literary, from pure fantasy to the bizarrely supernatural. Whether you're reading alone under the covers with a flashlight, or around a campfire with a circle of friends, there's something here to please—and scare—everyone. 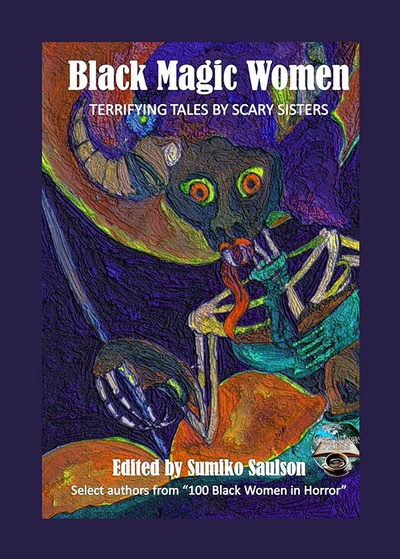 Black Magic Women: Terrifying Tales by Scary Sisters
Imagine horror where black characters aren't all tropes and the first to die... Imagine a world written by black sisters where black women and femmes are in the starring roles... From flesh-eating plants to flesh-eating bees, zombies to vampires to... vampire-eating vampire hunters! And don't forget ghosts, revenants, witches, and werewolves—this book has it all. Cursed drums, cursed dolls, cursed palms, ancient spirits, and goddesses create a nuanced world of Afrocentric and multicultural horror. Seventeen terrifying tales by seventeen authors featured in 100 Black Women in Horror collection.

Do you have a favorite scary book? Let us know in the comments!