Frenemies: The Strange Friendship of JFK and Richard Nixon

The 1960 presidential campaign was close, hard-fought, and left both sides feeling embittered. Kennedy’s final margin of victory was less than 115,000 votes out of nearly 70 million cast.

Nixon was convinced that the Kennedy campaign had stolen Illinois and Texas from him. He wanted to challenge the election results, but senior campaign aides convinced him that such a move would be bad for the country and would hurt Nixon himself if he ever wanted to run for office again. Based on these facts, most Americans believe that the two men had always been both political rivals and enemies.

On Wednesday, November 10 at 11:00 a.m., Parkway Central Library's Senior Services department will be presenting a special Zoom program: "Frenemies: The Strange Friendship of John Kennedy and Richard Nixon."  Our speaker, historian and author David Stokes, will make the case that the two men had been close friends for 13 years, until they were forced to compete in a brutal zero-sum game.

A key fact that the public is unaware of is that the first real Kennedy-Nixon debate took place in 1947 in McKeesport, Pennsylvania. The local congressman, who was friendly with both Nixon and Kennedy, invited the two freshman members of the U.S. House of Representatives to debate economic issues before a local civic group in his district. Since the political stakes in this confrontation were very low, the tone of the debate was friendly and low-key. When it was over, the two men went for hamburgers at a local greasy spoon.

During the long train ride back to Washington, the two men stayed up all night and talked for hours covering a wide range of personal topics. This was the beginning of a genuine friendship that lasted for years. In 1950, when Nixon attempted to move up to the U.S. Senate, Kennedy popped up one day bearing a huge check from his father, Joseph P. Kennedy. Both Nixon and the Senior Kennedy were fierce anti-Communists. In 1953, when Jack and Jackie were married, Richard and Pat Nixon were among the invited guests.

While the two men were never as close as they had been after 1960, even the bitter campaign did not destroy their friendship. In 1961, President Kennedy was particularly vulnerable after the Bay of Pigs disaster, when a U.S.-sponsored effort to depose Cuban dictator Fidel Castro ended with a spectacular failure. Nixon had a public meeting with Kennedy to show his support. During a lighter moment, the President offered some unexpected advice to his former rival. 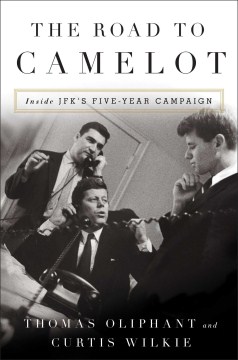 The Road to Camelot: Inside JFK’s Five Year Campaign by Thomas Oliphant and Curtis Wilkie
A behind-the-scenes, revelatory account of John F. Kennedy's wily campaign to the White House, beginning with his bold, failed attempt to win the vice-presidential nomination in 1956. A young and undistinguished junior plots his way to the presidency and changes the way we nominate and elect presidents. John F. Kennedy and his young warriors invented modern presidential politics. They turned over accepted wisdom that his Catholicism was a barrier to winning an election and plotted a successful course to that constituency. They hired Louis Harris—a polling entrepreneur—to become the first presidential pollster. They twisted arms and they charmed. They lined up party bosses, young enthusiasts, and fellow Catholics and turned the traditional party inside out. The last-minute invitation to Lyndon B. Johnson for vice president in 1956 surprised them only because they had failed to notice that he wanted it. They invented The Missile Gap in the Cold War and out-glamoured Richard Nixon in the TV debates. 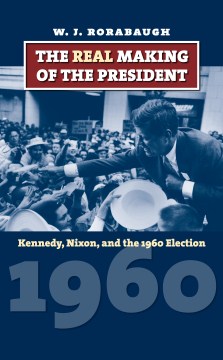 The Real Making of the President: Kennedy, Nixon, and the 1960 Election by W. J. Rorabaugh
The 1960 election, Rorabaugh argues, reflects the transition from the dominance of old-style boss and convention politics to the growing significance of primaries, race, and especially TV—without which Kennedy would have been neither nominated nor elected. He recounts how JFK cultivated delegates to the 1960 Democratic convention; quietly wooed the still-important party bosses; and used a large personal organization, polls, and TV advertising to win primaries. JFK's masterstroke, however, was choosing running mate Lyndon Johnson, whose campaigning in the South carried enough southern states to win the election. 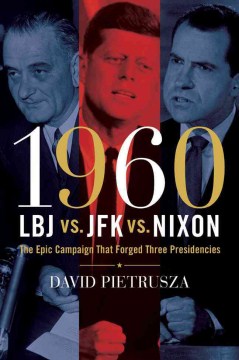 1960: LBJ vs. JFK vs. Nixon: The Epic Campaign That Forged Three Presidencies by David  Pietrusza
Award-winning historian David Pietrusza's hard-edged account of the 1960 Presidential Campaign―the bare-knuckle politics of the primaries, the party conventions' backroom dealings, the unprecedented television debates, along with hot-button issues of race, religion, and foreign policy. And, at the center of it all, three future presidents―LBJ, JFK, and Nixon. 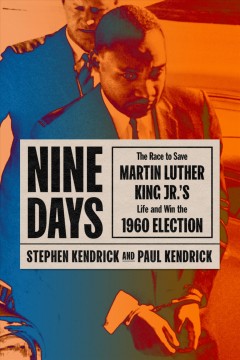 Nine Days: The Race to Save Martin Luther King’s Life and Win the 1960 Election by Stephen Kendrick
Based on fresh interviews, newspaper accounts, and extensive archival research, this book is the first full recounting of an event that changed the course of one of the closest elections in American history. Much more than a political thriller, it is also the story of the first time King refused bail and came to terms with the dangerous course of his mission to change a nation. At once a story of electoral machinations, moral courage, and, ultimately, the triumph of a future president’s better angels, this is a gripping tale with important lessons for our own time. 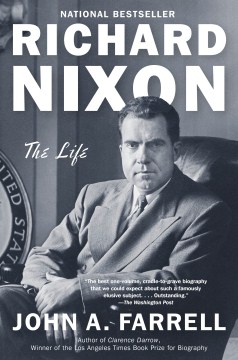 Richard Nixon: The Life by John A. Farrell
An examination of the life and legacy of one of America’s most controversial political figures. Beginning in 1946, when young Navy lieutenant ‘Nick’ Nixon returned from the Pacific and set his cap at Congress, Farrell traces how this idealistic dreamer became the ruthless man we remember Nixon as today. Within four years of that first win, Nixon would be a senator; within six, the vice president; and then president. His staff of bright young men devised forward-thinking reforms addressing health care, poverty, civil rights, and protection of the environment. It was a fine legacy, but Nixon cared little for it. He aspired to make his mark on the world stage instead, and his 1972 opening to China was the first great crack in the Cold War. But Nixon had another legacy: an America divided and polarized. It was Nixon who launched the McCarthy era, who set South against North, and who spurred the silent majority to despise and distrust the country’s elite. Finally, in August 1974, after two years of the endless intrigue and scandal known as Watergate, Nixon became the only president to resign in disgrace. This book is a magisterial portrait of the man who embodied post-war American political cynicism — and was destroyed by it. 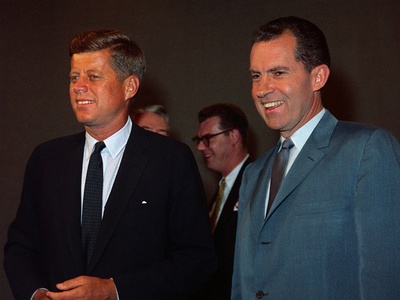 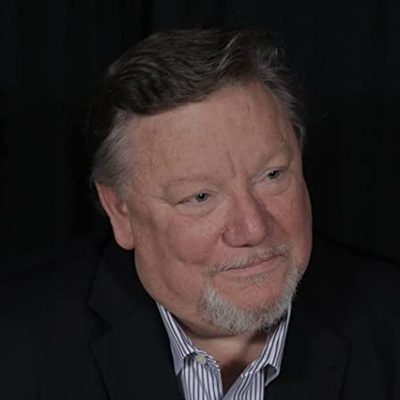