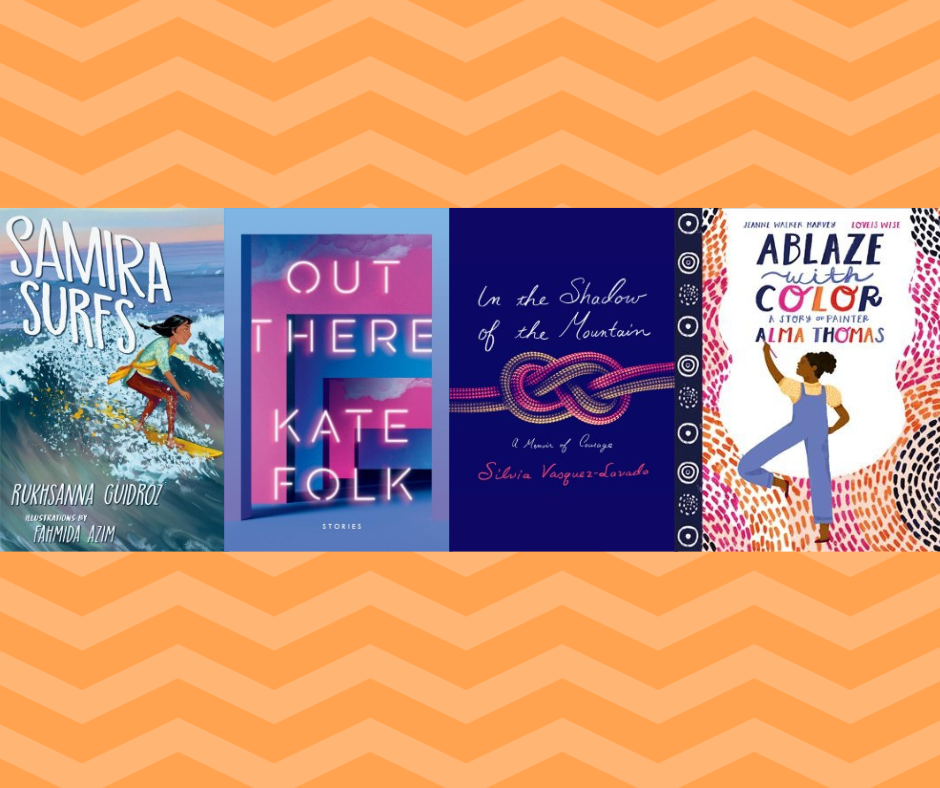 New titles coming to a library near you this month!

This March, we're celebrating Women's History Month by exploring titles created by and featuring women! Our children's and teen titles feature adventure and inspiration, while our adult selections focus on complicated choices and bravery. There's something for everyone this month!

Young Children (up to second grade) 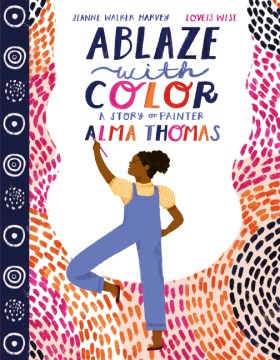 As a child in Georgia, Alma Thomas loved to spend time outside, soaking up the colors around her. And her parents filled their home with color and creativity despite the racial injustices they faced. After the family moved to Washington, D.C., Alma shared her passion for art by teaching children. When she was almost 70 years old, she focused on her own artwork, inspired by nature and space travel. In this stunning celebration of art and the power of imagination, Jeanne Walker Harvey and Loveis Wise tell the incredible true story of Alma Thomas, the first Black woman to have a solo exhibition at the Whitney Museum in New York City and to have her work chosen for the White House collection. With her bold and vibrant abstract paintings, Alma set the world ablaze with color. 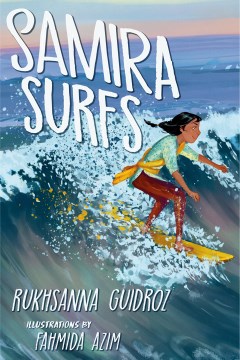 "Water can trick us," believes 11-year-old Samira, recounting how the river had swallowed her grandparents as her family fled persecution in Burma. As unregistered Rohingya refugees in Bangladesh, Samira's family lives in the shadows. Samira feels the acute loss of home, family, and community, but as she befriends other girls like her, and they learn to surf in secret, her relationship to water changes from trepidation to exhilaration and she decides to take part in a surfing competition. Interspersed with black-and-white sketches, this novel-in-verse contrasts Samira's carefree past and her present-day reality. Exploring fear and freedom in equal measure, this is a testament to how inner courage and the spirit of sisterhood can help brave any storm. 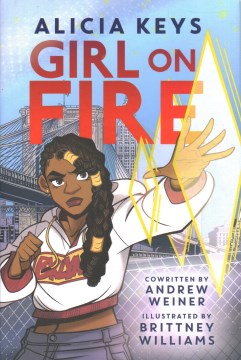 Girl on Fire by Alica Keys

From New York Times bestselling author and 15-time GRAMMY® Award-winning artist Alicia Keys comes a new authentic and poignant coming-of-age young adult graphic novel about finding the strength within when your whole world changes in an instant. Lolo Wright always thought she was just a regular 14-year-old dealing with regular family drama: her brother, James, is struggling with his studies; her dad's business constantly teeters on the edge of trouble; and her mother... she left long ago. But then Lolo's world explodes when a cop pulls a gun on James in a dangerous case of mistaken identities. Staring down the barrel, with no one else to help, Lolo discovers powers she never knew she had. Using only her mind, she literally throws the cop out of the way. Problem is, secrets like Lolo's don't stay a secret for long. Skin, a dangerous dealer with designs on taking over the neighborhood, hears of Lolo's telekinetic abilities and decides that he needs her in his crew. Skin might not have Lolo's powers, but he's got nothing to lose and is willing to do whatever it takes to get what he wants. And what he wants is Lolo. Lolo's not willing to let Skin use her to hurt the people and the neighborhood that she loves. But it's going to take a whole different kind of bravery to stand up for what's right, especially after Lolo's mom returns suddenly and turns Lolo's whole world upside down. For too long, it's true, Lolo's had her head in the clouds, but this time, it's on her... and she's not backing down. 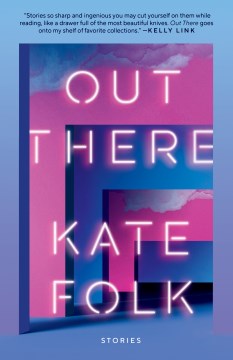 Out There: Stories by Kate Folk

With a focus on the weird and eerie forces that lurk beneath the surface of ordinary experience, Kate Folk's debut collection is perfectly pitched to the madness of our current moment. A medical ward for a mysterious bone-melting disorder is the setting of a perilous love triangle. A curtain of void obliterates the globe at a steady pace, forcing Earth's remaining inhabitants to decide with whom they want to spend eternity. A man fleeing personal scandal enters a codependent relationship with a house that requires a particularly demanding level of care. And in the title story, originally published in The New Yorker, a woman in San Francisco uses dating apps to find a partner despite the threat posed by "blots," preternaturally handsome artificial men dispatched by Russian hackers to steal data. Meanwhile, in a poignant companion piece, a woman and a blot forge a genuine, albeit doomed, connection.

Prescient and wildly imaginative, Out There depicts an uncanny landscape that holds a mirror to our subconscious fears and desires. Each story beats with its own fierce heart, and together they herald an exciting new arrival in the tradition of speculative literary fiction. 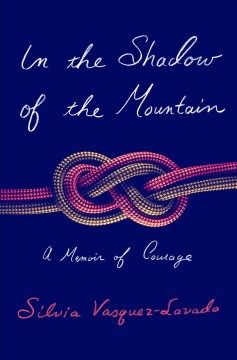 In the Shadow of the Mountain: A Memoir of Courage by Silvia Vasquez-Lavado

In 2016, Vasquez-Lavado earned the distinction of becoming the first Peruvian woman to stand atop Mount Everest and, in 2018, the first openly gay woman to complete the Seven Summits – the highest mountains on seven continents. A gifted writer, Vasquez-Lavado immediately draws readers into the account of her Everest expedition, but this is not a typical mountaineering tale focusing on harrowing hardships while ascending the infamous summit. As an adult dealing with the trauma of childhood sexual abuse, Vasquez-Lavado looks to the mountains for healing in her triumphant debut memoir, telling the story of how mountain-climbing helped her and a group of young sexual abuse survivors process old traumas.

The Boy Behind The Door

A night of unimaginable terror awaits 12-year-old Bobby and his best friend, Kevin, when they are abducted on their way home from school. Managing to escape his confines, Bobby navigates the dark halls, praying his presence goes unnoticed as he avoids his captor at every turn. Even worse is the arrival of another stranger, whose mysterious arrangement with the kidnapper may spell certain doom for Kevin. With no means of calling for help and miles of dark country in every direction, Bobby embarks on a rescue mission, determined to get himself and Kevin out alive or die trying.