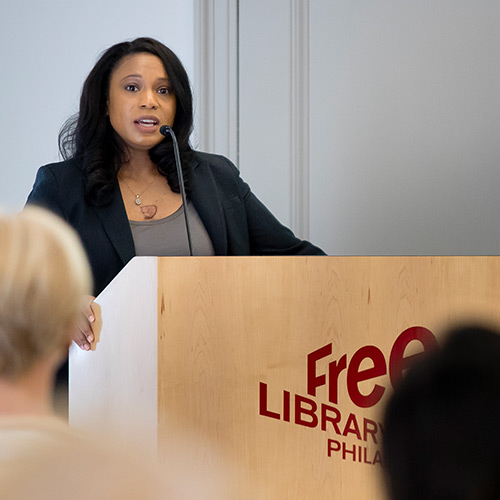 In Conversation with the Rosenbach: Paul Muldoon

Join us for an unforgettable evening of poetry as Paul Muldoon reads selections from his most recent collection, Selected Poems 1968-2014 (2016). Born in County Armagh and described by the Times Literary Supplement as “the most signi?cant English-language poet born since the second World War,” Paul Muldoon is a Pulitzer Prize-winning poet, author of twelve poetry anthologies, and the poetry editor of the New Yorker. A former radio and television producer for the BBC in Belfast, he has taught at Princeton University for almost thirty years.

Join the Conversation
A series of informal, intimate talks given by literary and cultural luminaries, In Conversation with the Rosenbach delves into fascinating histories, intellectual curiosities, and inspiring ideas. Each program offers the audience a chance to join the conversation after the talk and share their own thoughts and questions.