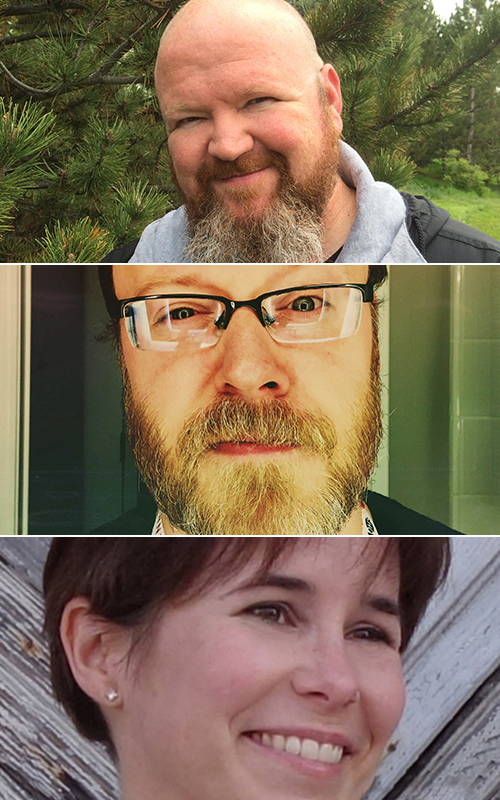 In conversation with Dena Heilik, Department Head of Philbrick Hall, the fiction department of the Central Branch of the Free Library of Philadelphia.

Chuck Wendig’s many works include the YA Heartland series, Blackbirds, and the Atlanta Burns books; the Emmy-nominated digital narrative Collapsus; a popular blog, terribleminds.com; and several celebrated books about writing. Wendig’s New York Times bestselling Star Wars: Aftermath trilogy tells the canon story of the events that occurred between Return of the Jedi and The Force Awakens.

Fran Wilde’s Nebula Award-nominated debut novel, Updraft, won the 2016 Andre Norton Award and the Compton Crook Award. It is the follow-up to Cloudbound and the second installment in the inventive Bone Universe saga, a series that explores a lofty society of towers populated by residents who strap on wings and soar the skies in search of their destinies.

7:30 P.M.
IN-PERSON - Yiyun Li | The Book of Goose with Elizabeth McCracken | The Hero of this Book | Parkway Central Library