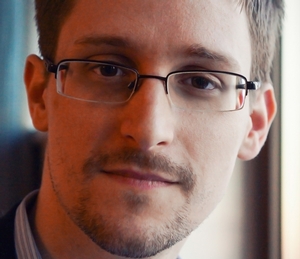 Edward Snowden will appear via a live closed-circuit link.