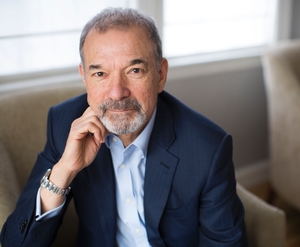 Stephen Greenblatt | The Rise and Fall of Adam and Eve

Winner of the Pulitzer Prize and National Book Award for The Swerve: How the World Became Modern, Stephen Greenblatt is widely acclaimed as the father of New Historicism, which strives to understand works of literature within their historical and social contexts. His other books include the New York Times bestselling Will in the World: How Shakespeare Became Shakespeare, Hamlet in Purgatory, and Learning to Curse: Essays in Early Modern Culture. A two-time Guggenheim fellow and former president of the Modern Language Association, Greenblatt is Cogan University Professor of the Humanities at Harvard University. The Rise And Fall of Adam and Eve delves into the boundless creation story of the founding parents of all humanity.