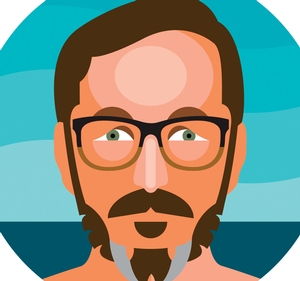 In conversation with Mary Richardson Graham

John Hodgman played the role of “PC” in the Apple vs. PC commercials, served alternately as the “Resident Expert” and “Deranged Millionaire” on The Daily Show with Jon Stewart, adjudicates vital disputes such as “Is a hotdog a sandwich?” on the appropriately named Judge John Hodgman podcast, and writes a weekly column for The New York Times Magazine. He is also the author of three bestselling books, The Areas of My Expertise, More Information Than You Require, and That Is All. Vacationland is a collection of his real-life New England coastal wanderings, the horrors he’s found there, and the awful truths he’s encountered as a human facing his forties.