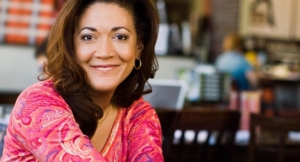 In Conversation With The Rosenbach Mini-Series: The Legacy of the Thirteenth Amendment, with Michele Norris

Michele Norris is a Peabody Award-winning journalist, founder of The Race Card Project and Executive Director of The Bridge, The Aspen Institute’s new program on race, identity, connectivity and inclusion. For more than a decade Norris served as a host of NPR’s “All Things Considered” where she interviewed world leaders, American presidents, Nobel laureates, leading thinkers and groundbreaking artists. She has also produced in-depth profiles, interviews and series for NPR News programs as well as special reports for National Geographic, Time Magazine, ABC News and Lifetime Television. Norris created The Race Card Project, an initiative to foster a wider conversation about race in America, after the publication of her family memoir, The Grace of Silence.

About the Legacy of the Thirteenth Amendment Mini-Series

The Rosenbach collection includes an 1865 commemorative copy — signed by members of both houses of the United States Congress — of the proposal for Thirteenth Amendment to the Constitution, which abolished slavery. This series of programs will examine the historical circumstances of the amendment’s passage and the complicated legacy of the amendment, from Jim Crow to mass incarceration.

In Conversation With The Rosenbach is supported by a grant from the Christian R. & Mary F. Lindback Foundation.