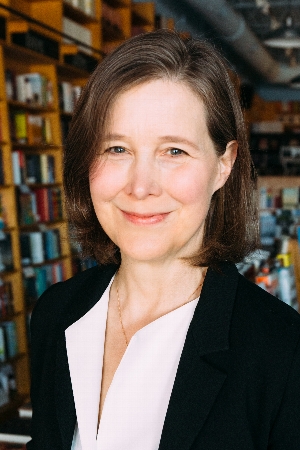 SOLD OUT! BUT--you can still buy tickets for Ann Patchett's event with the Open Book Bookstore

“Exquisite” and “impossible to put down” (New York Times), Ann Patchett’s many novels include the PEN/Faulkner Award–winning Bel Canto, the New York Times Notable Book of the Year The Patron Saint of Liars, and the New York Times bestseller Commonwealth. One of Time magazine’s Most Influential People in 2012 and a Guggenheim Fellowship recipient, she opened Parnassus Books when her hometown of Nashville was left without a bookstore. Spanning nearly 50 years, Patchett’s latest novel tells the story of two brilliant but damaged siblings and the eponymous suburban Philadelphia estate that binds and confines them.