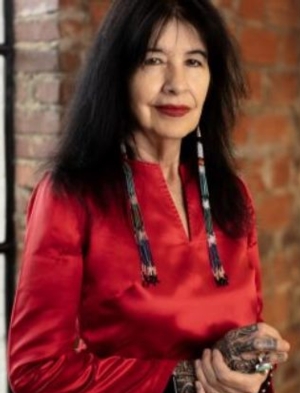 This year, Joy Harjo became the 23rd United States Poet Laureate, the first Native American honored with this position. Her 16 poetry collections include She Had Some Horses, Conflict Resolution for Holy Beings, and, most recently, An American Sunrise. She is also the author of two children’s books and an award-winning memoir, titled Crazy Brave, and is an internationally renowned saxophonist who has released five critically acclaimed albums. Harjo is the recipient of a Guggenheim Fellowship, the 2019 Jackson Prize from the Poetry Society of America, and the Wallace Stevens Award from the Academy of American Poets.