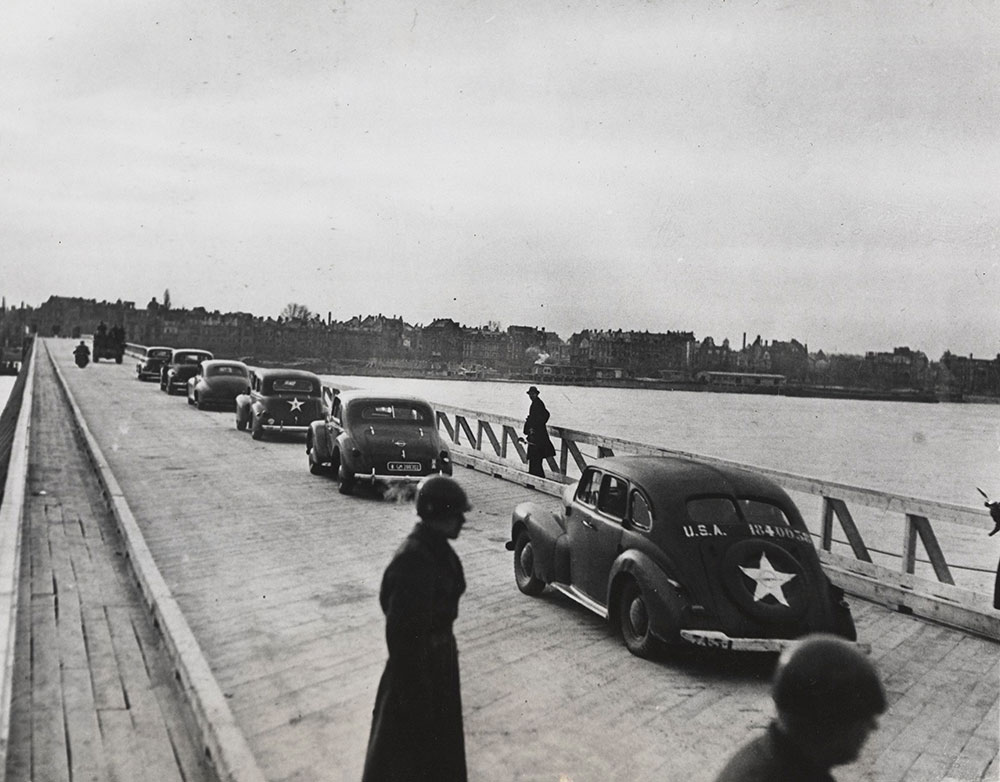 Information attached to back of photo:

Germany.......A procession of Army vehicles led by Lt. General Keyes, rolls over the 2,000 foot stretch of the new highway bridge over the rhine into the American zone of occupation in Germany. The bridge, named in honor of the later General Alexander L. Patch, U.S. seventh Army commander is the work of U.S. Army Engineers. There are ample walkways to accommodate pedestrians between the French and American Zones. To complete the huge task, more than one-half million man hours were required. General Keyes performed the opening ceremonies on January 22nd.

This photo supplied by

A unit of King Features Syndicate

This photograph is not sold but a licensed is granted for its publication as a news photograph only. It must not be loaned or sold without our consent and must be returned at our request. It can be used for advertisement purposes or for purposes of trade only if you first secure the written permission of the individuals in it.