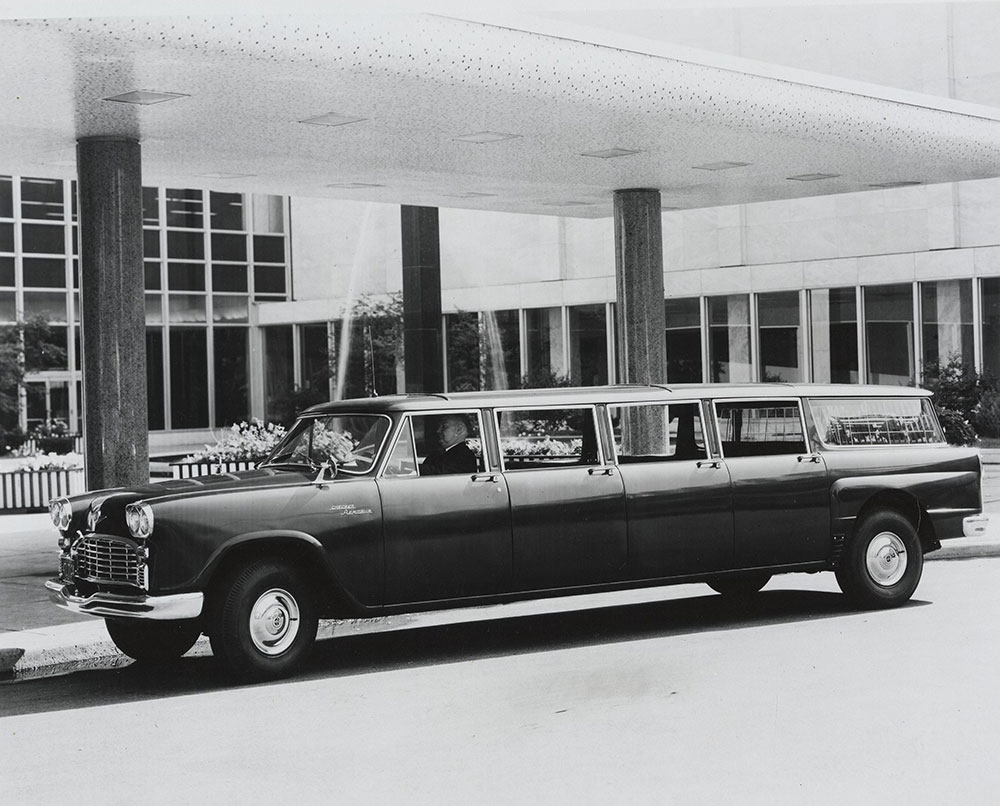 The 1967 Checker Aerobus, both 6- and 8- door models, has been introduced without change from the previous models. "Built from the ground up" as a heavy-duty, multi-passenger limousine, the Aerobus, according to the manufacturer, has found an increased acceptance among resorts, air lines, hotels, motels, hospitals, busienss firms an dservices requiring inter-city and inter-plant transportation. "Wherever there is the need to move 9 to 12 people, complete with baggage, packages, etc., in complete comfort and in limousine style-- that's where the Aerobus serves the public best," according to David R. Markin, vice president-sales for Checker Motors Corp. "Documented fleet records indicate an amazing economy," said Mr. Markin. "Operating maintenance cost of less than 2 cents a mile is normal for Aerobuses running 150,000 miles." The 6-door, 9-passenger Aerobus lists for $5,596.60 and the 8-door, 12-passenger carries a factory-recommended price of $6,011.33. Both models have power steering and power brakes and a 327 cu. in. V-8 engine developing 185 h.p. included as standard equipment.